Cabela, a gentle little Pit Bull, was brutally punished when she refused to take part in a dogfight. She was found tied to a set of railtracks in Tampa, Florida, having been shot three times. Luckily, this brave Pittie wasn't going to give up and she was saved just in time. 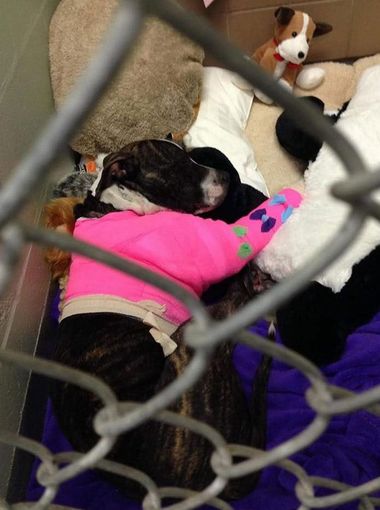 According to CNN, the Florida police unit were alerted by nearby residents who heard shots being fired near a railway track by Sulphur Springs train station, in Tampa. Arriving on the scene, the police officers made a shocking discovery.

A dog was tied up to the railway track and suffering from three gun wounds to her neck and shoulder. 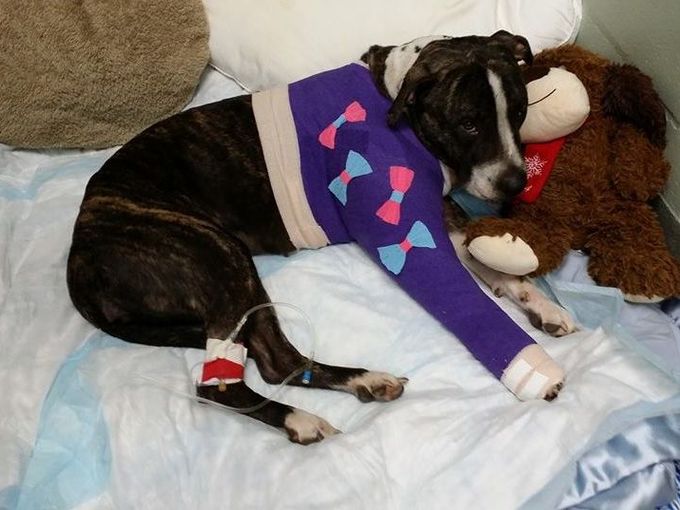 Sergeant R. Mills freed the poor dog and rushed her to the the Tampa Bay Emergency Vet Service.

She's the sweetest. She's not angry with people. She's not growling. She's been really really good. 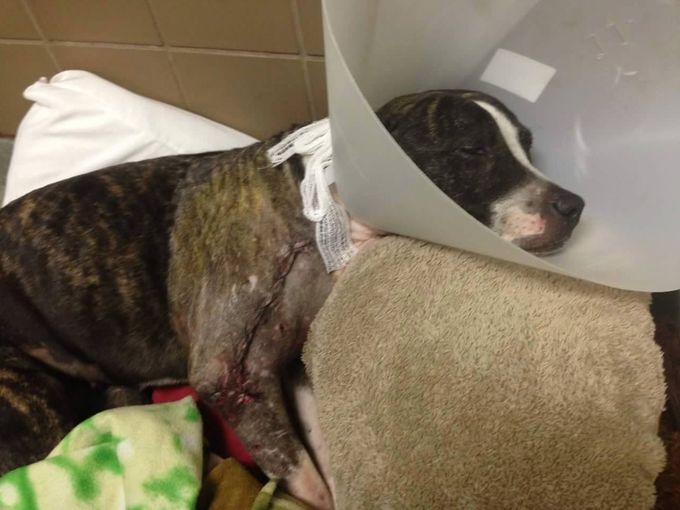 Thankfully, the Florida police managed to track down the poor dog's torturers. They were two 17-year-old boys who organise dogfights.

The police explained in a statement:

When Cabela wouldn't fight, they decided to get rid of her. The two suspects, along with others went to the railroad tracks. Hollinger [one of the two suspects] threw the dog into the woods and fired at the dog.

The dog ran back home, sat injured on the front porch, they caught her and brought her back to the tracks, tied her to the tracks and Callaway [the second suspect] shot her several times. 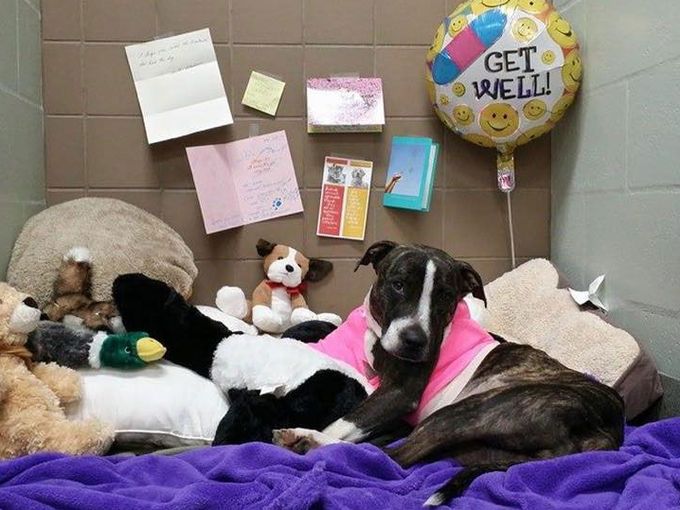 After tracking the young criminals' activities, the police managed to rescue two other dogs who had been forced to fight. They will soon be put on trial for their atrocious acts of animal cruelty.

As for Cabela, she is now on the road to recovery and receiving lots of attention at the vet's. 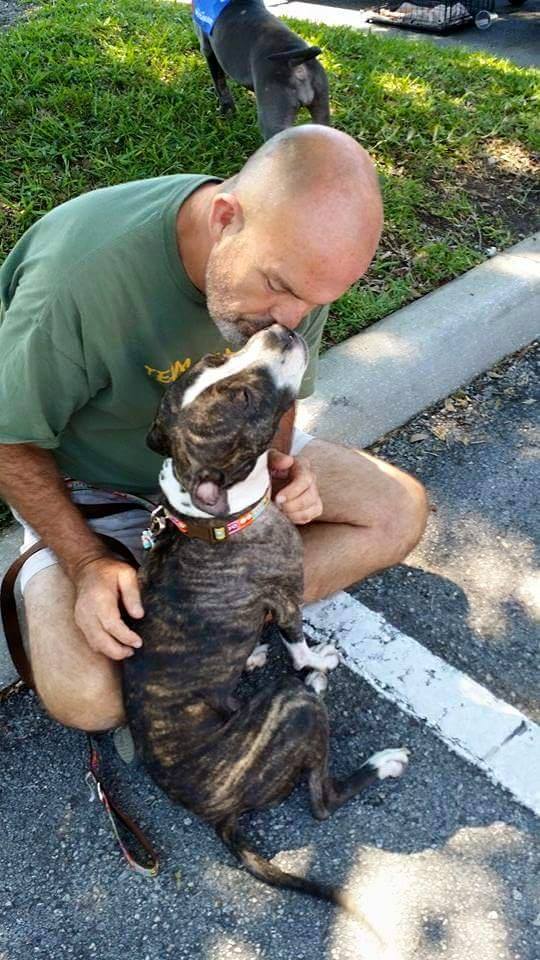 Watch her take her first steps after her horrific ordeal here: