Darwin the cat had a rough start to life. He was born deaf, and the veterinarian who was treating him as a kitten had given up hope. 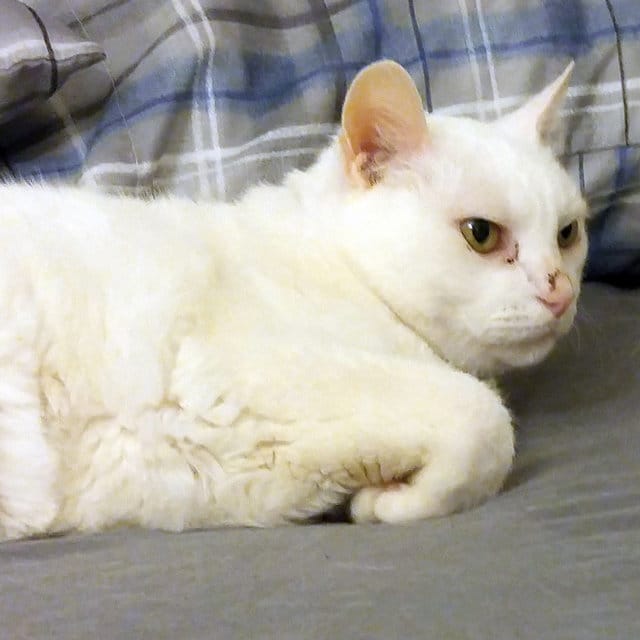 But little Darwin fought back and became something of a miracle cat.

So when a woman named Kellen spotted him at her local shelter, she immediately knew he was special.

Now, 16 years later, the pair are living the best life. Darwin is an extremely social cat, so his mom takes him to meet all sorts of people and animals. 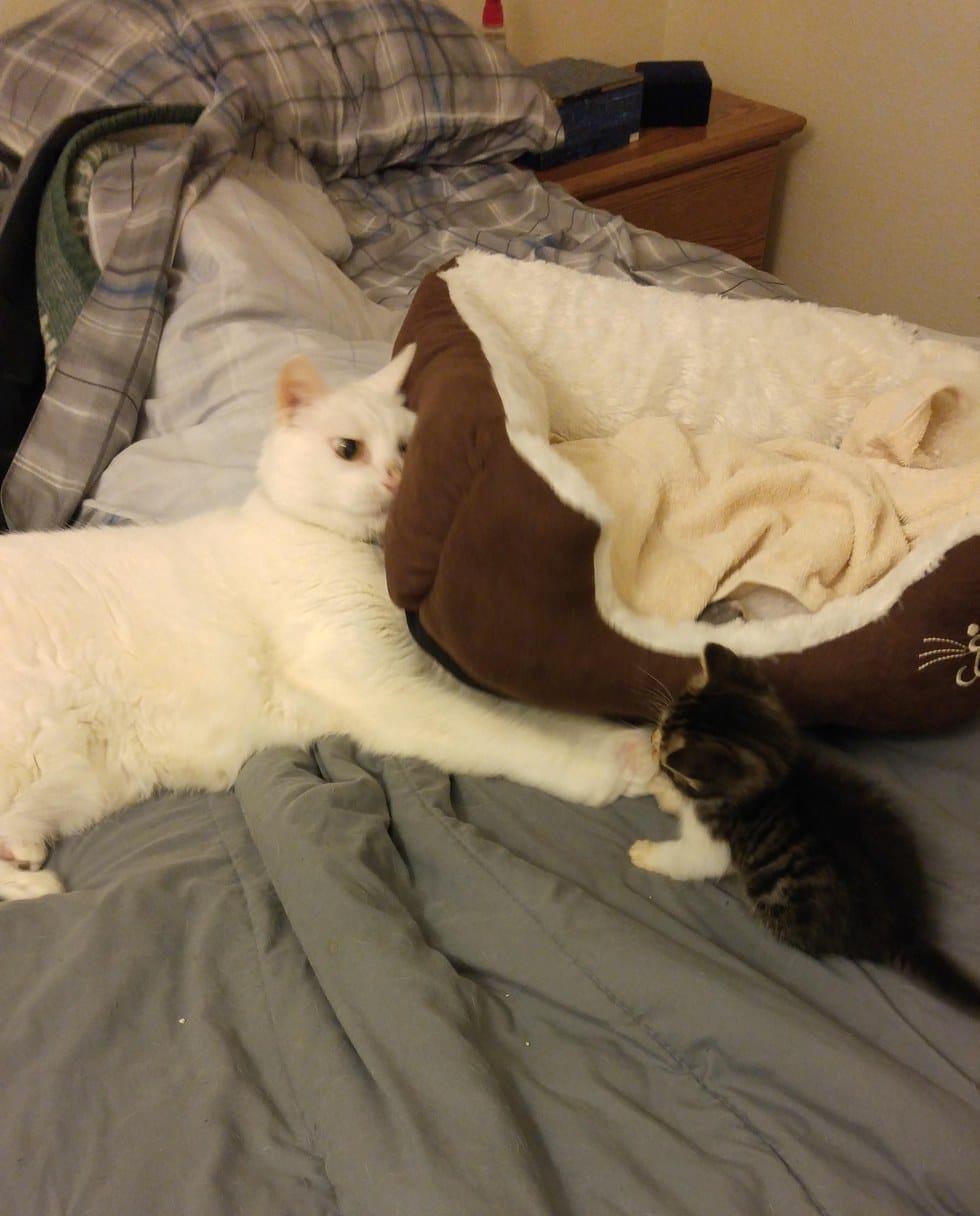 He loves going for walks outside and all the attention he gets, despite the fact that he's approaching 17 years old. Kellen told LoveMeow:

We used to go out more, but now that Darwin is older, his balance isn't 100% anymore and has some arthritis, so I'm a little hesitant to take him out as much as I used to.

One day, on a trip to the park, Darwin and Kellen saw an elderly woman sitting alone, withdrawn and staring into space. As soon as she saw the white feline, her eyes lit up. 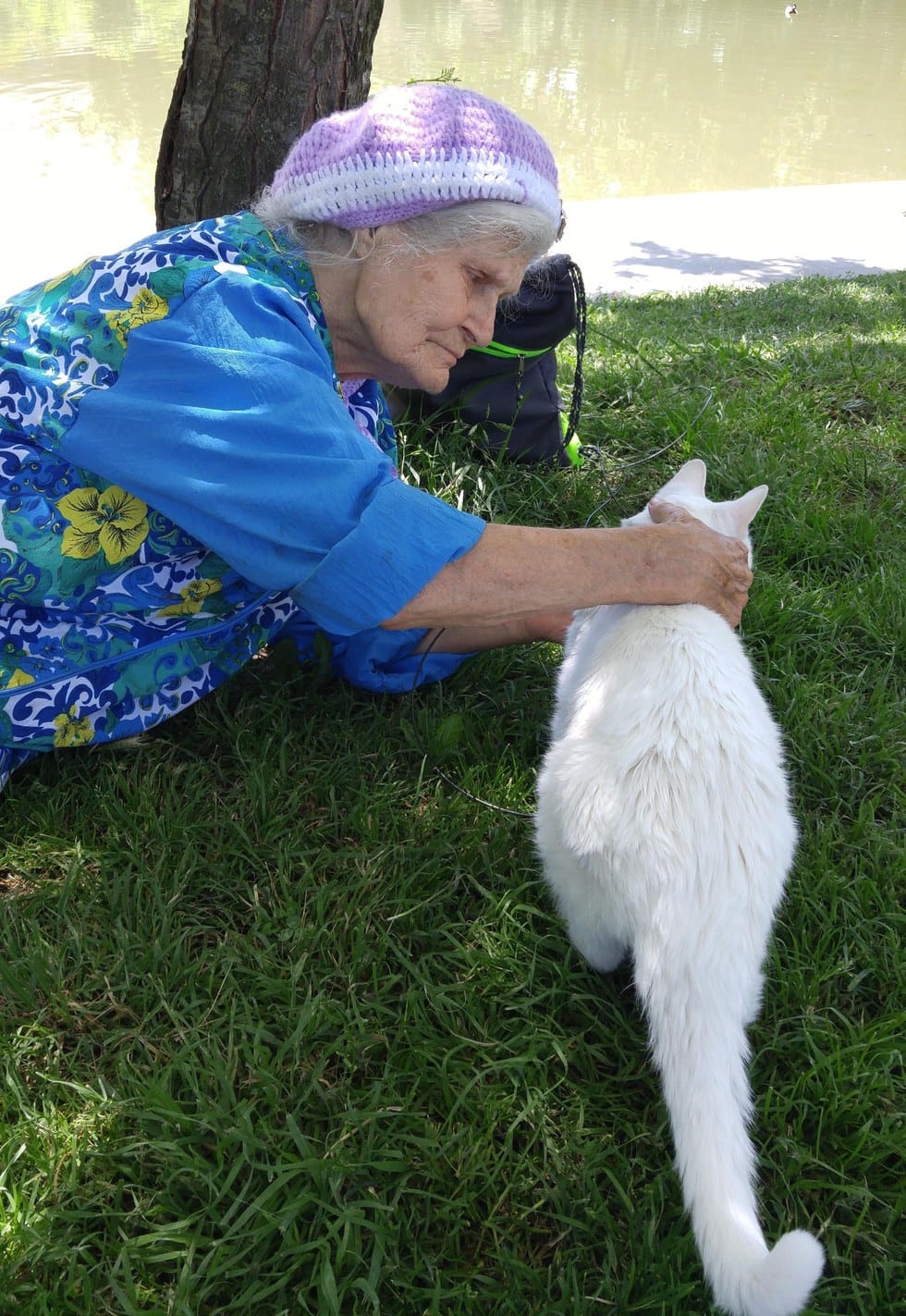 I told her she could come over and pet him, so she got up, just about as steady as Darwin is (which is sometimes not at all), came over and sat with him. Right away, she was his friend.

The woman's name was Lida, and she was 85 years old. She struggled a bit with English, as she came from Uzbekistan, but she explained to Kellen that she used to have a cat like Darwin, who died when he was 12 years old. 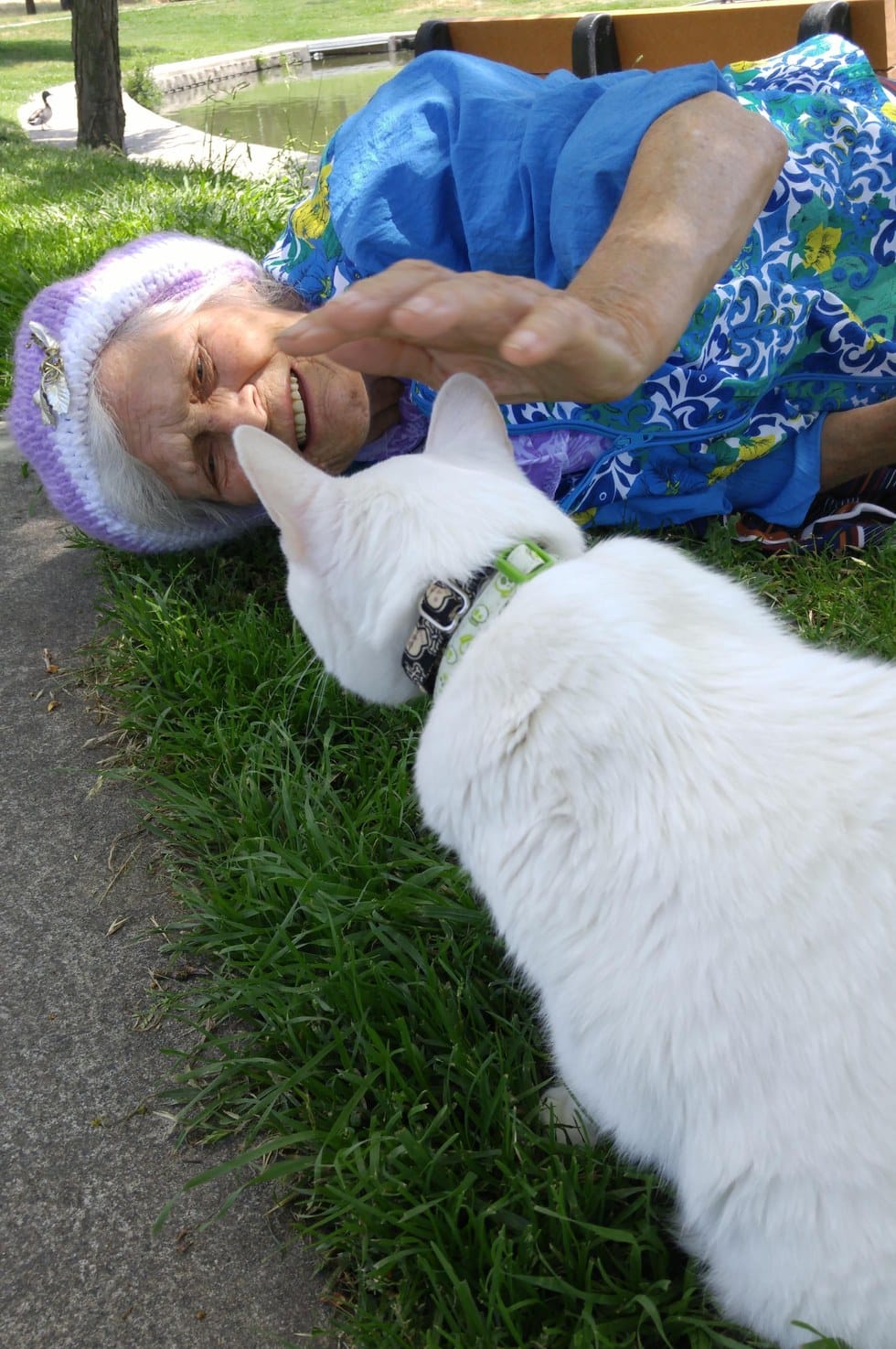 She missed him terribly. That's why as soon as she met Darwin, she couldn't stop smiling. They cuddled and played, both transforming into their younger selves, causing Kellen to "choke back tears."

Darwin is a natural healer and caretaker… in his world, there is no fear, no enemies, and no strangers. Even people who don't like cats often like him, and other cats who are cat aggressive don't have a problem with him. 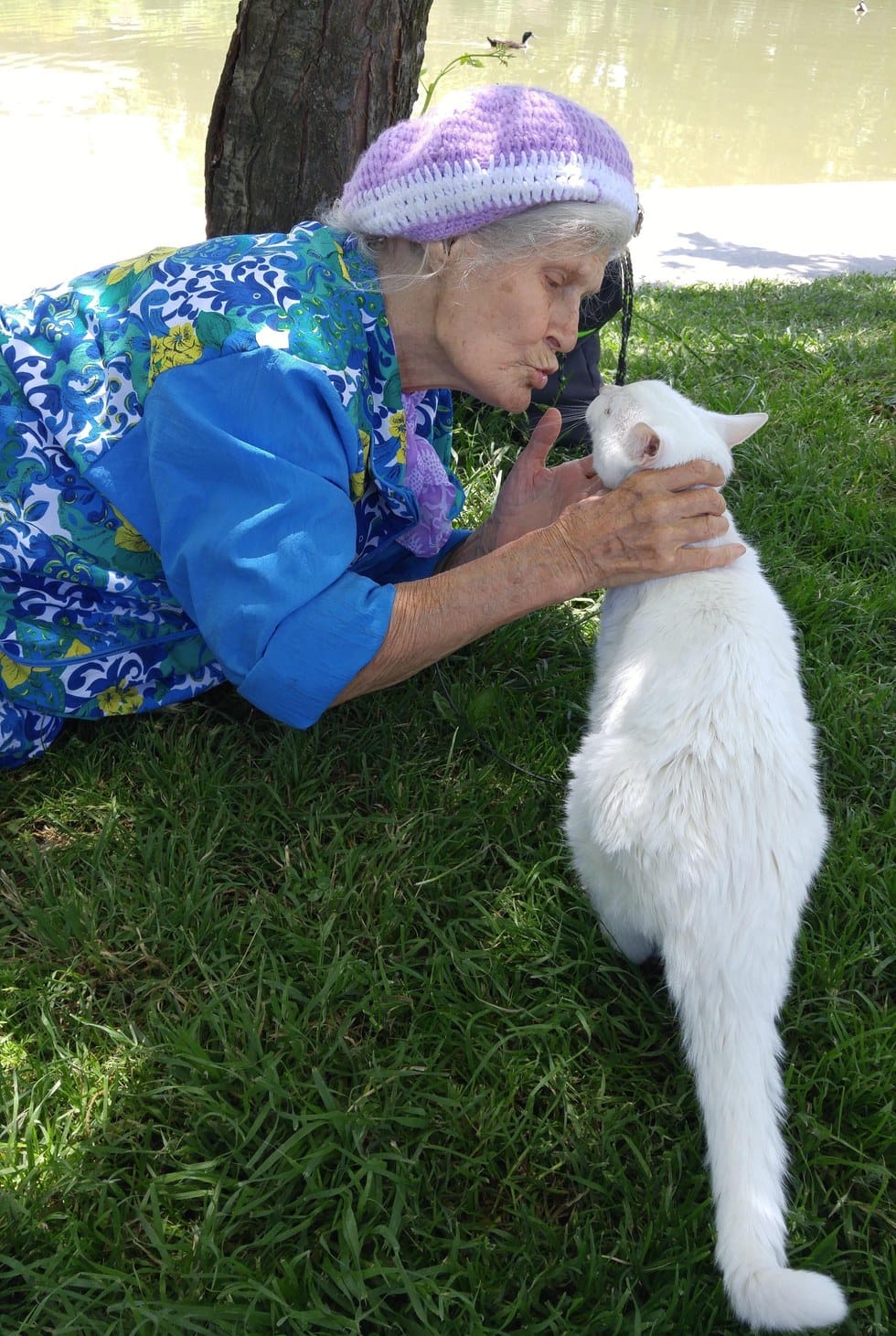 The duo and Lida have exchanged contact information, and are looking forward to meeting up in the future.

There is something truly magical about him. I hope others get to know Darwin and know there is truly good in the world — sometimes it just happens to wear fur and not flesh.