Andy Szasz, a 62-year-old cancer survivor from Southampton, U.K., was rushed to the hospital in December after coming down with a case of pneumonia. 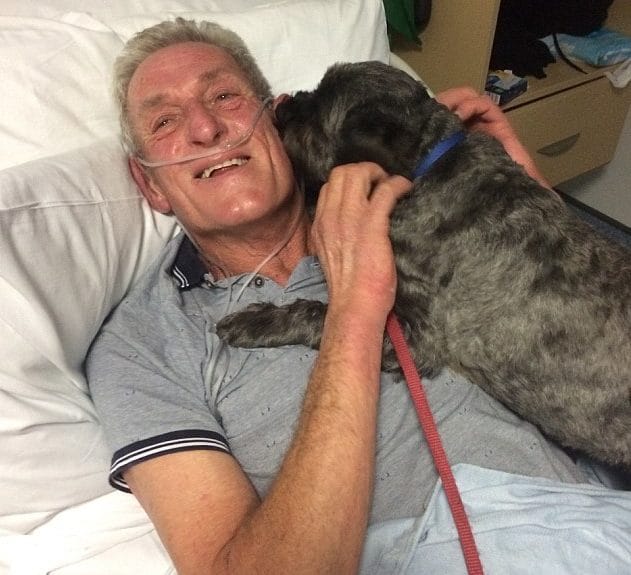 Upon his arrival at the hospital, he stopped breathing, and the doctors decided to put him in a medically induced coma.

They estimated he would be in the coma for about a week, but thanks to a visit from his best friend his recovery happened a lot quicker than planned. 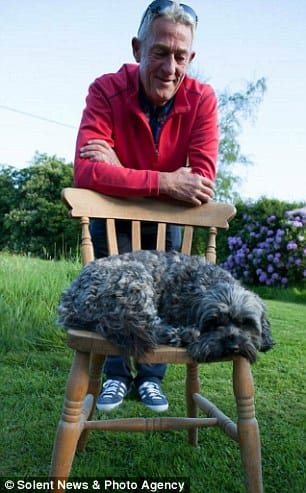 Andy adopted Teddy, a schnauzer-poodle mix, in 2012, just before being diagnosed with bowel cancer. He said in a statement:

I always tell people I rescued Ted and Ted rescued me. We certainly do have a special bond.

While Andy was in the coma, his wife, Estelle, would have Teddy on video chat, but she decided that wasn't enough. Pets aren't normally allowed to visit inside the hospital wings, though the medical staff encourages bringing them onto the grounds as it can be "motivational, aiding recovery." 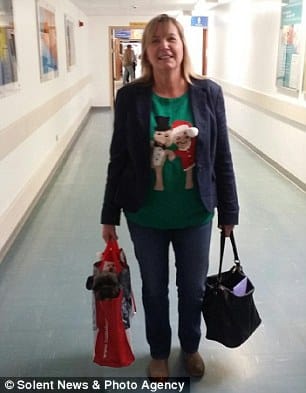 But Estelle obtained special permission, and the dog was allowed to come inside and visit his beloved companion four days into his coma.

Lo and behold, a few barks from Teddy, and Andy stated to stir. Estelle explained:

Being able to take him into hospital gave Andy that drive to recover much faster than the doctors expected. The doctors told me that Andy would be in the coma for at least a week, but he woke up four days later and all he could talk about was seeing Teddy. 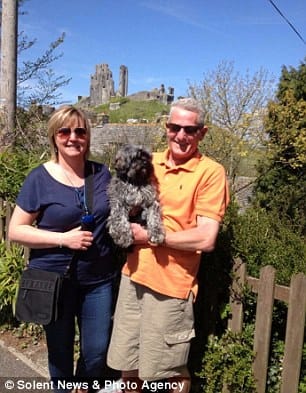 Thanks to the incredible canine, Andy was home in time for Christmas. To honor him, the Royal Society for the Protection of Animals (RSPCA) awarded him with a special distinction at a ceremony celebrating those who help animals.

Teddy was the only animal given such a prestigious award. Both dog and human are doing well and are so happy to be reunited.