The U.S. House of Representatives just voted 225 to 193 to overturn an old law banning cruel hunting methods and now thousands of bear and wolf families are in danger. 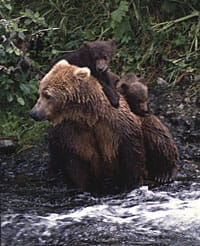 If the resolution is voted into law, people will be allowed to enter dens where bears and their babies are hibernating for winter, and shoot them, as well as shoot and kill wolves raising their young. Hunters will also be allowed to lure animals with food and shoot them at a point-blank range. The resolution targets over 76 million acres of land in Alaska, which are federal refuges. Wayne Pacelle, president and CEO of The Humane Society of the United States (HSUS), said:

What the House did today should shock the conscience of every animal lover in America. If the Senate and President concur, we'll see wolf families killed in their dens, bears chased down by planes or suffering for hours in barbaric steel-jawed traps or snares. 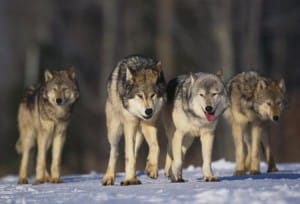 When the ban was issued, even hunters agreed with it and said it was a good thing that inhumane and cruel hunting methods were being stopped. The Humane Society reported in 2016 that the majority of voters in Alaska agreed that those methods should be banned, so it is unclear as to why this is being overturned hardly a year later. 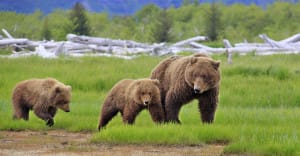 Inhumane hunting practices have led to a significant and distressing decrease in numbers of indigenous Alaskan predators, and the old ban would have ensured a balanced approach with permit-based hunting.

You can contact your senators to put pressure on them for a recall of the resolution, and add your voice to the fight against the murder of innocent animals.