Just like every other year starting on summer solstice, millions of dogs and cats will be brutally killed and eaten in Yulin, in China's southern Guangxi province.

The first images of the 2016 edition of this abhorrent festival have already come out, despite the participants' reluctance to be caught on camera.

A woman walks past a dog vendor who is waiting for the regulars to arrive in Yulin. Just beside her are three dogs, headed for a gruesome end if they aren't rescued by activists. 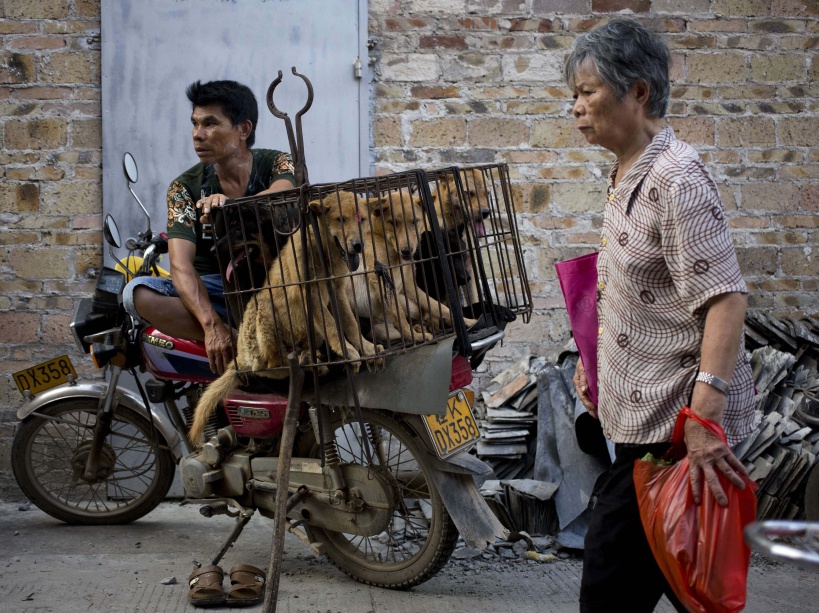 The first dogs arrived on the scene on June 20, rammed into tiny cages. Most of these terrified animals have been transported hundreds of miles in lorries with no food or water, let alone any space to move. 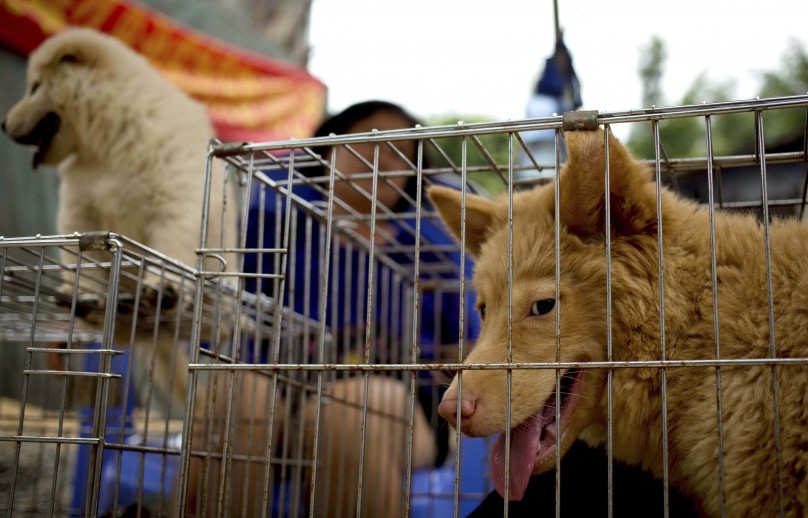 Official figures reveal that 10,000 dogs and more than 4000 cats will be served up to visitors and locals who believe the meat holds medicinal properties. 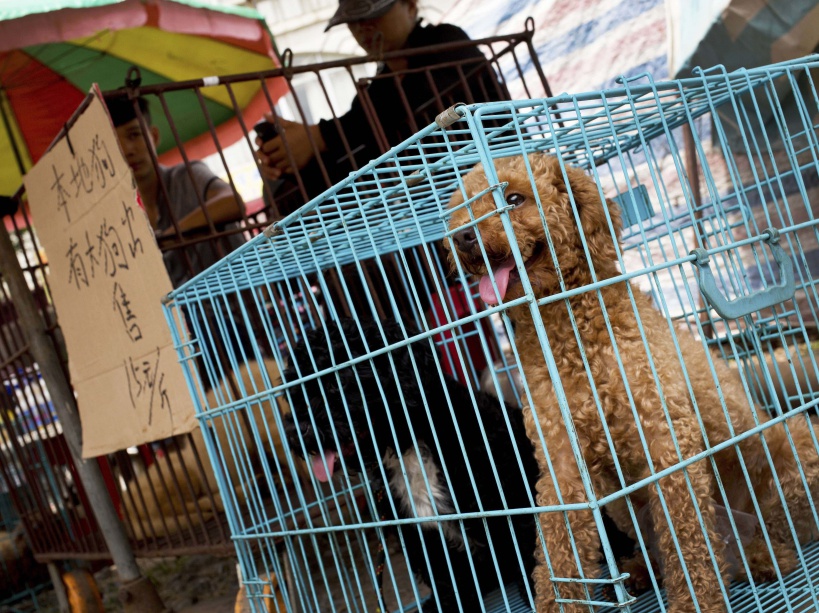 It's not just international organisations who are fighting to put an end to the Yulin festival: Chinese animal rights groups are also doing their best to hold back the "festivities". In the following image, a Chinese protestor (in the blue cap) is jeered at and told to leave by the dog vendors and Yulin locals. 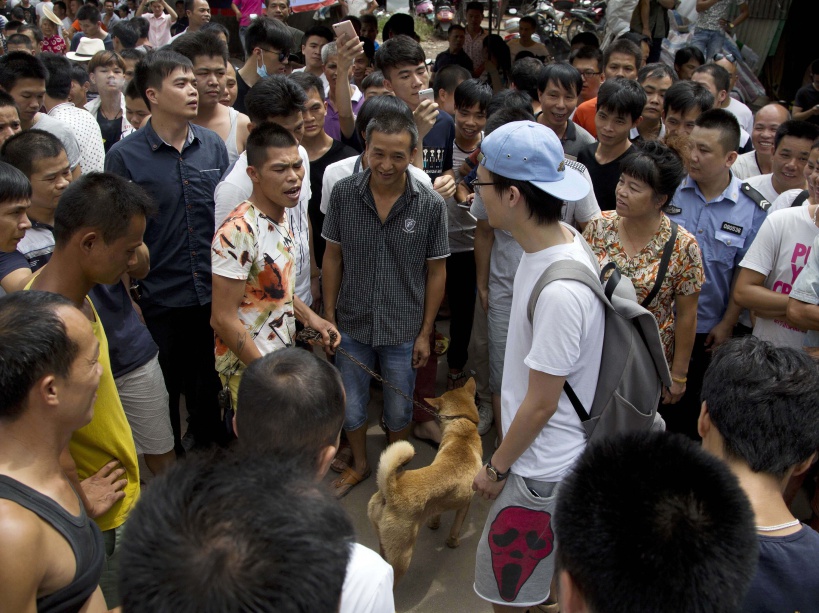 A woman arrives at the market with multiple dogs loaded onto her bicycle. The local restaurants are the vendors' biggest clients. 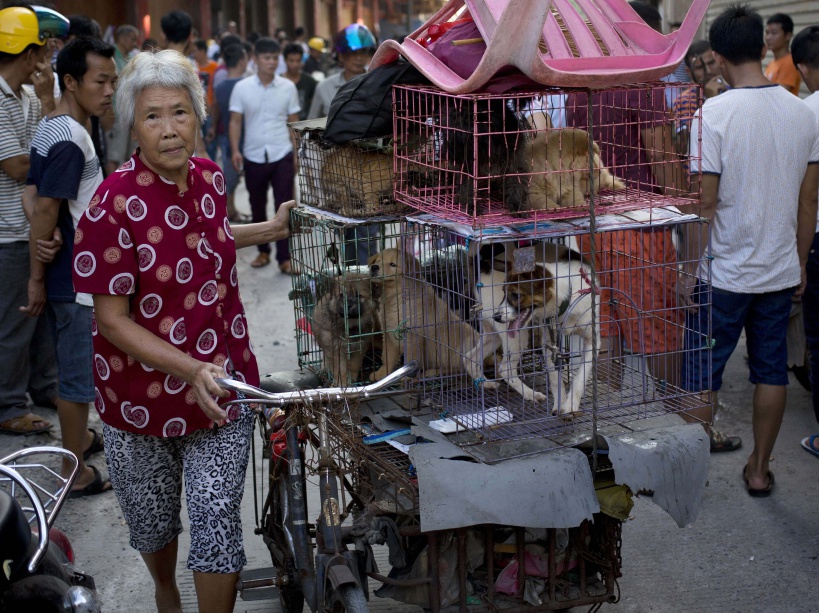 This animal rights protestor has just bought a dog from the dealers and is mocked by the crowd as she takes it away from the market.

Other vendors await the first customers from the restaurants on June 20, just before the festival is due to begin. 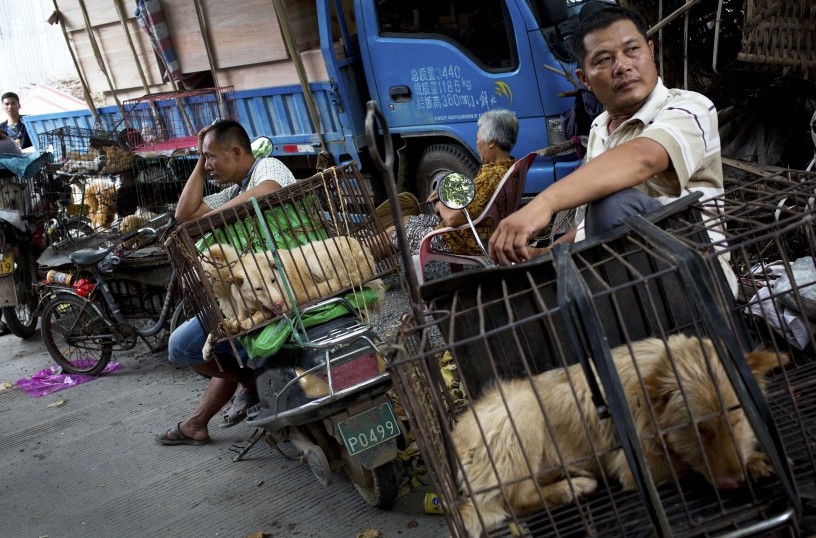 Another activist has just bought a dog from a dealer, saving him from the tragic fate which was waiting for him. 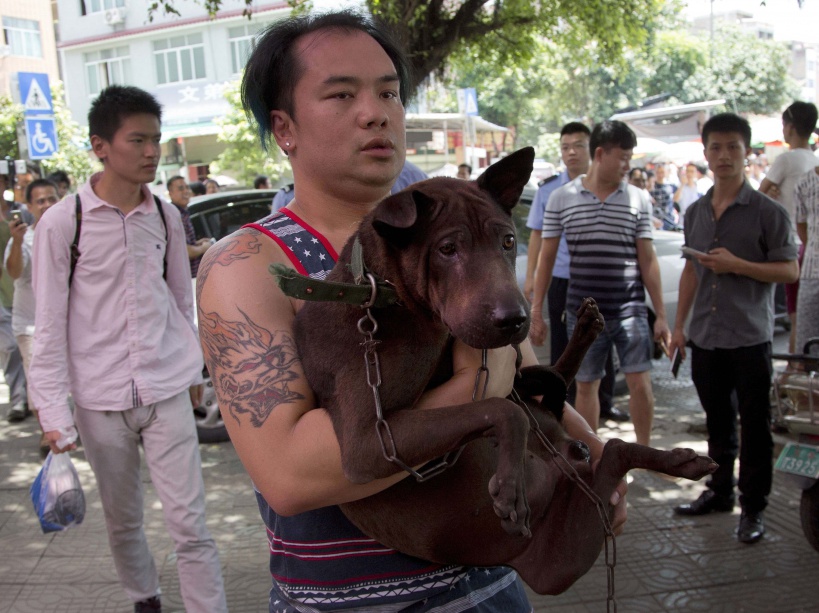 A dog stall in one of the city markets, where the roasted carcasses are on display for all to see.

The ultimate horror of the situation is that the majority of dogs slaughtered in the annual massacre are stolen from their beloved humans.

But public opinion is finally starting to turn. Whilst the country still eats the most dog meat in the world, killing around 20 million dogs each year, the Chinese authorities are slowly realising how badly the dog meat trade is affecting their global image.

Since 2014, the local government has distanced itself from the event, removing sponsorship and even calling to close some of the dog meat markets in an attempt to scale back the public’s attention on the festival.

If you want to help the organisations who are still fighting against the practice and to increase pressure on the Chinese government, you can still sign the petition. Please take a stand against this horrific slaughter.