This baby kitten, nicknamed Tiny Tim, was 8 days old when he and his siblings were rescued from a euthanasia list at a shelter in South Carolina in October.

It was later discovered that he was actually paralysed from the hips down. He would need a wheelchair to move around, but nothing would fit him when he was that small. 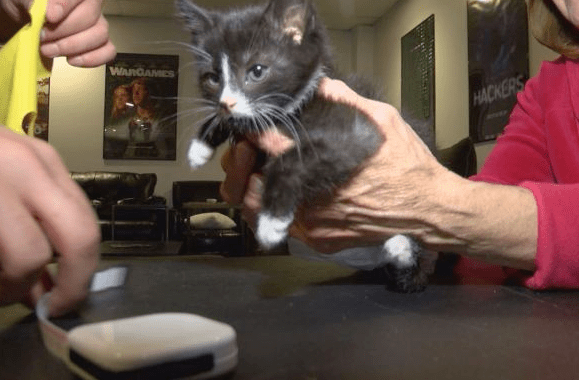 By chance, the volunteers from Friends of the HCACC who saved him were then contacted by a "hackers" collective of experimental tech creators called SubProto. They wanted to build Tiny Tim a wheelchair using a prototype and a 3D printer. After all, he is a happy kitten who "deserves every chance to live", as one of the volunteers, Cathy Salmons, said.

The group performed its first fitting for Tiny Tim's wheelchair on December 13, testing the initial designs to see how it might work for the kitten, and to assess any flaws. After the fitting, SubProto posted on their Facebook page: "Still some work to be done, but a lot of progress toward the final version!" 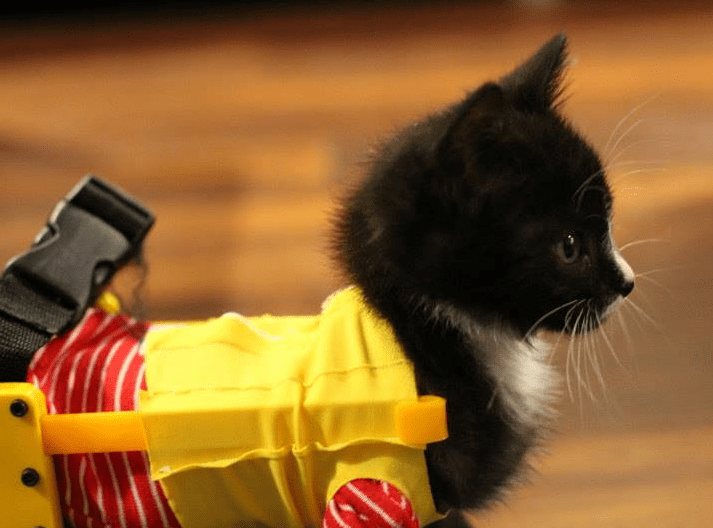 While Tiny Tim waits for his new wheels, he still enjoys the life of being a cat.

He loves to play. He plays with his siblings continuously.

He may have a long road ahead of him but at least it's a hopeful one. Here he is being fitted into his prototype wheelchair by the kind technicians:

If you want to donate to his care, go to the Friends of HCACC website and specify in the donation that your money should go to Tiny Tim.