Splinter had a tough start to life. 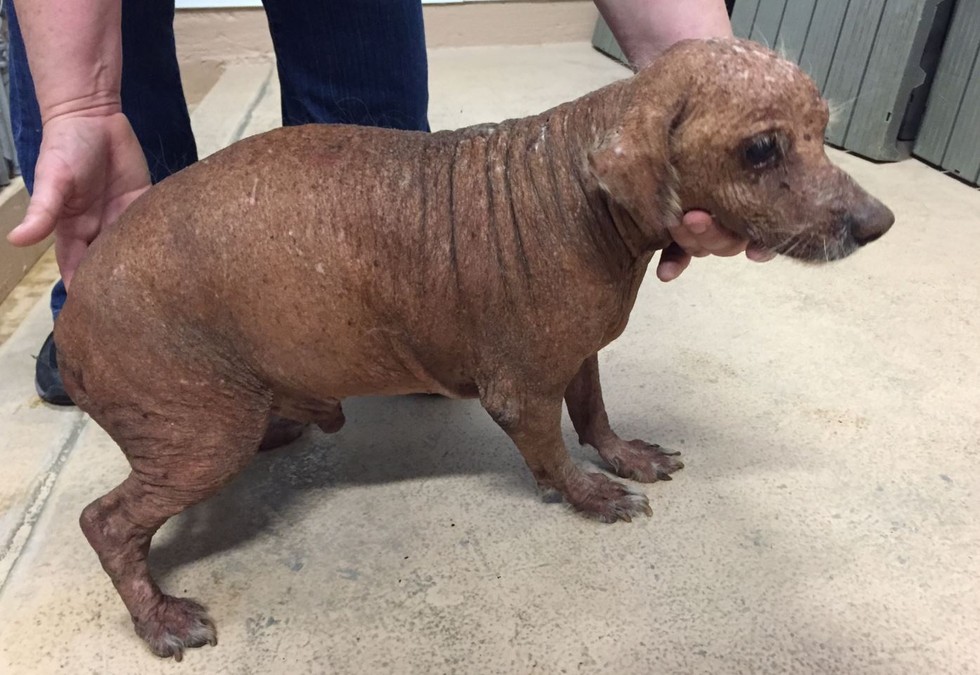 The little brown dog suffers from Cushing's Disease, a serious illness which causes hair loss, skin infection and swelling of the stomach due to a tumour which presses down upon his internal organs.

Poor Splinter's tumour weighed more than 3kg and was located near his spinal cord, making him blind. 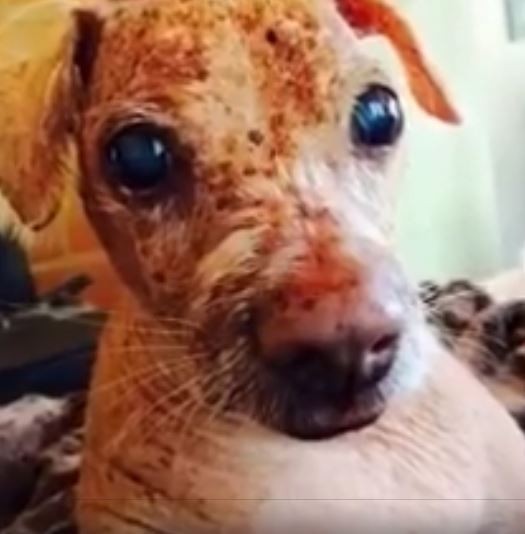 The dog started off badly. What's worse, the pup did not end up in the best place: his owner kept a lot of dogs and was fearful that Splinter's condition may be contagious.

He decided to imprison the dog in a pantry on a permanent basis to keep the other dogs safe from infection. Splinter spent night and day in total isolation, gradually fading away…

Until the door of the pantry was opened and the authorities put an end to the pup's ordeal. His owner had just been reported, suspected of compulsive animal hoarding. This is a mental illness characterised by the possession of an excessive number of pets. 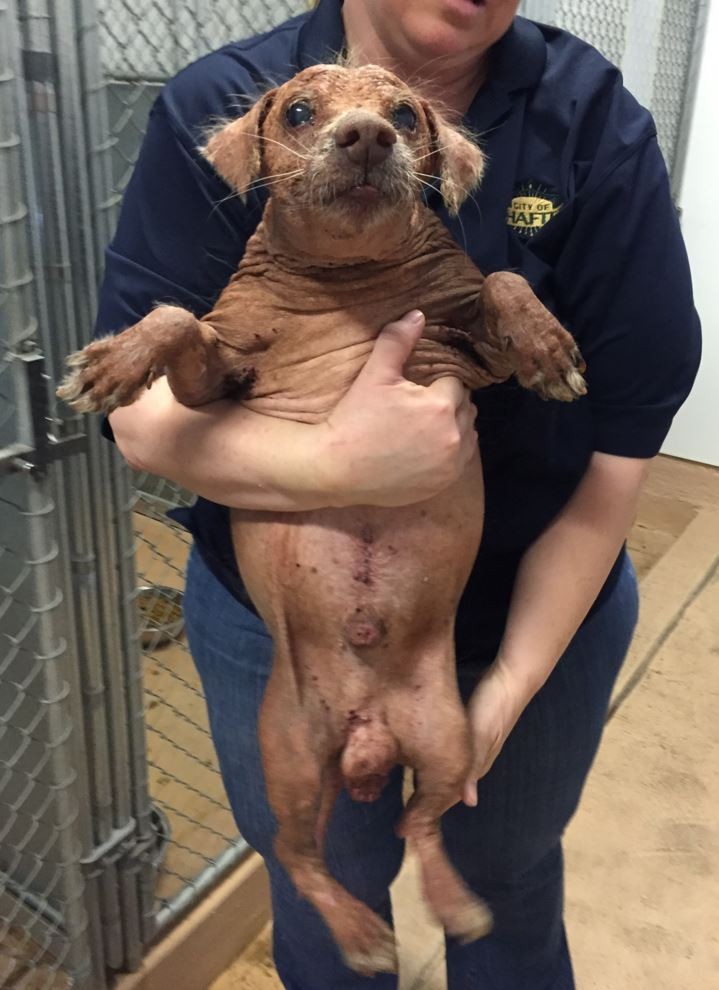 From this moment on, Splinter's life turned around. The authorities took him to an animal sanctuary in California, where he received vital medical attention for his tumour. The doctors discovered that he was also suffering from various other infections, including an ear infection which was making him temporarily deaf. Another cancerous tumour was found in his testicles.

It was a terrible situation, but he managed to get treatment thanks to an internet campaign which managed to raise a sum of $17,000 to pay his medical bills.

Just a month after recovering, Splinter received the even better news that he would be adopted by, Trisha Ekema, a Californian with a massive heart. She says:

I was looking at the website to try and find a dog to adopt. When I saw the photo of Splinter, it seemed he was looking directly at me. I fell in love straight away. 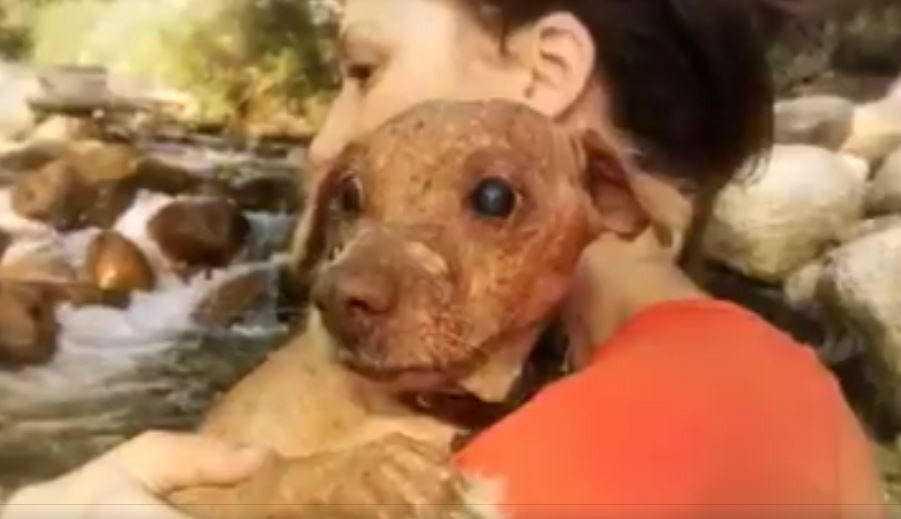 A year later and the little dog's hair hasn't quite grown back, though some tufts of hair are starting to appear in some places. The scars from his skin condition are also still visible. But his body is the ultimate testament to his hellish past and everything he's gone through.

Today, the dog who lived in the pantry has his own Facebook page with more than 19,000 followers. It was set up by his new mother, who uses the page to pay hommage to her pup and express her love for him. She says:

He's constantly looking for me. I'm probably the first human who has been continuously with him his whole life. I'm kind of his North Star. 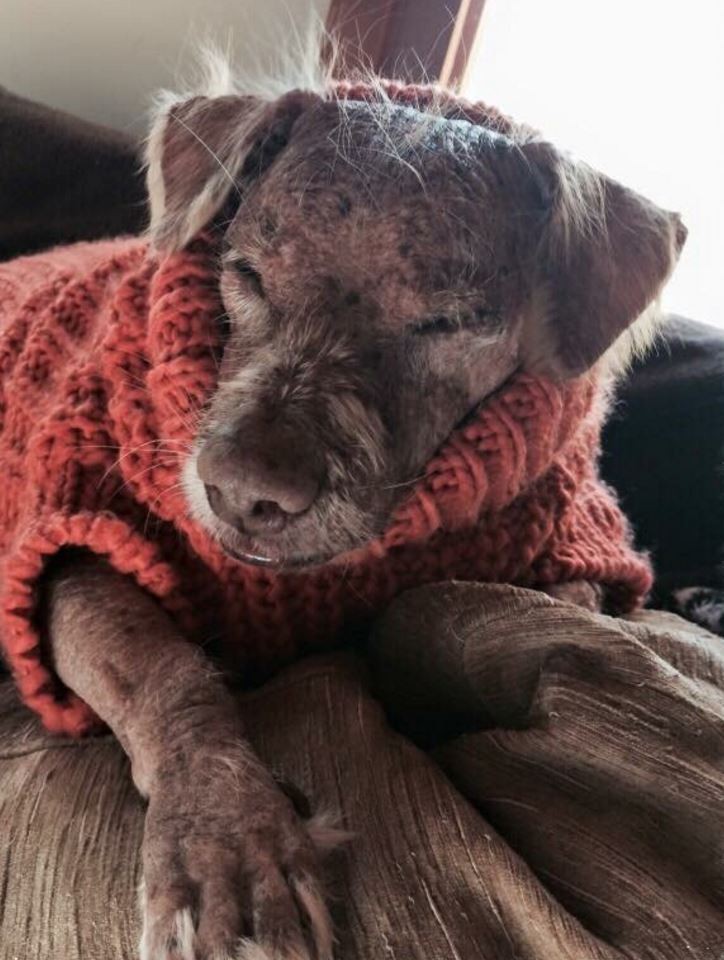 We are so happy to hear that Splinter is now living a full and happy life. Even when a dog has been through the worst, it's never too late for a human to come to his rescue and reignite his passion for life. 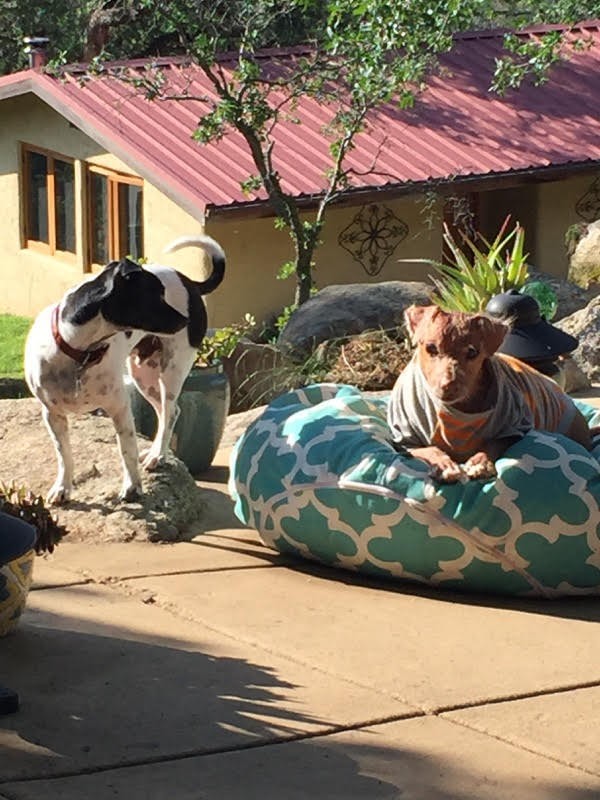 We'll let you watch the video of Splinter's incredible story for yourself:

"Saving one dog will not change the world but surely for that one dog, the world will change forever"

Thanks to all of you, Master Splinter's world, as well as countless others, are proof of just that. This is for all of you. –Amy