Last January, when a cold snap hit America, Stéphanie Dagenhart from Baltimore, made the most surprising discovery while walking her dogs.

This is Duke; he has his favorite toy, his crate and his food, and he needs a new home and someone to love him.

This note was left near the dog who was attached to a nearby tree in the park. It was impossible to know how long the dog had been there, let alone how long he had been abandoned in general, but Stéphanie recalls very clearly that it was so cold, she couldn't feel her fingers or toes. 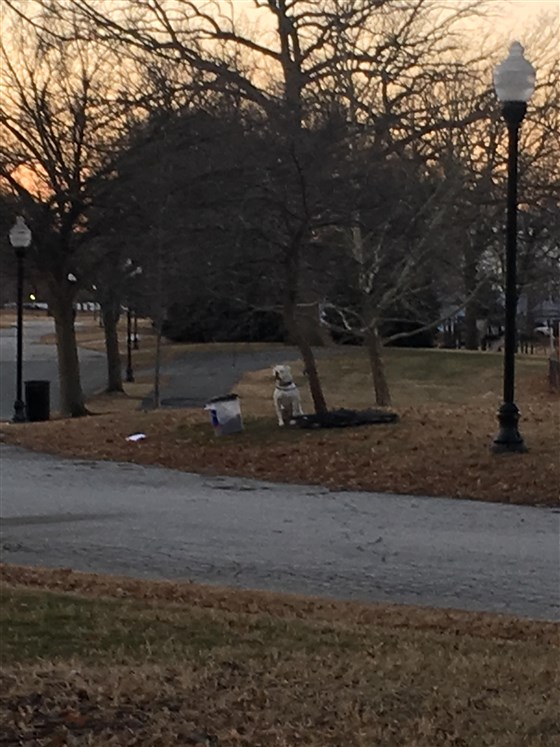 The young woman almost didn't believe her eyes when she saw the dog, shaking from the cold and likely from fear, as site Today reports. But no-one seemed to be keeping an eye on him.

She immediately dialed 911, and posted about Duke to a neighbourhood Facebook group to see if anyone recognized the white dog. She then asked her boyfriend to come and pick up the dogs that she was walking at the time, so she could focus entirely on Duke.

Despite her best intentions, Duke was understandably very wary and growled when she tried to approach him. Dagenhart sat on a nearby bench while saying his name in an attempt to reassure him. 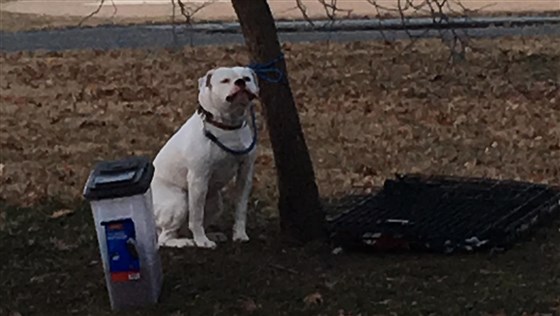 Thanks to the social media post, neighbours came to lend a helping hand. They brought towels and treats for the poor dog but none of them recognized Duke.

This is such a dog-loving neighborhood, I feel like he would have been immediately recognized if he was from around here.

One hour after she discovered him, a police officer arrived with animal control arriving ten minutes later. They then took him to Baltimore's animal shelter (BARCS) where she felt confident he'd be in good hands. He has earned himself the nickname of "big mush", given to him by Bailey Deacond, a spokesperson for the shelter.

While I’m sure he’s confused about his situation, he is very trusting and enthusiastic to meet new people. His smile is infectious and his tail is always wagging.

Deacon emphasized that even though he's now OK, Duke shouldn't have been abandoned in the park. On top of it being illegal to abandon a dog in this manner, his former owners could have brought their pet to BARCS directly for whatever reason. 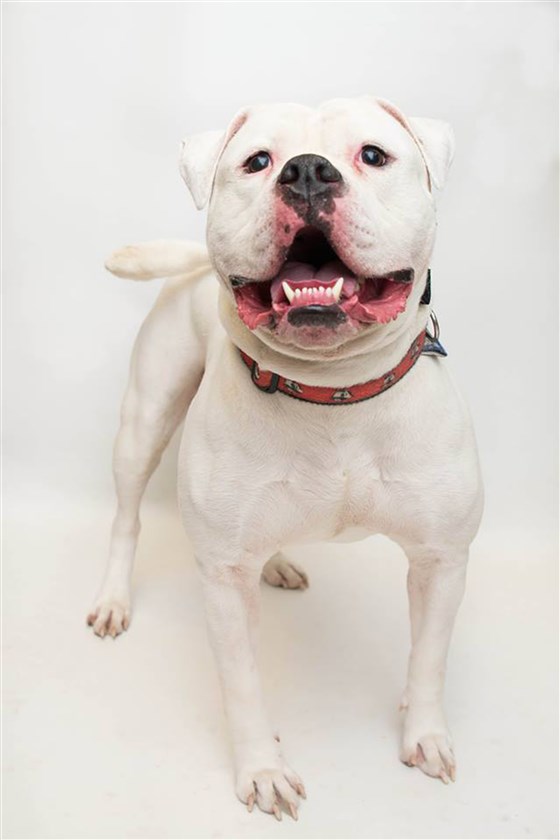 Duke's story has been shared all over social media, earning him a large fan following. It reached the point where people from all over the world were asking to adopt him before he even went up for adoption.

However, it was ultimately a person who had never heard of his story who ended up adopting him after immediately falling in love with him. Duke has finally found his forever home and hopefully the other animals at the shelter will soon find theirs too.