A seemingly lighthearted video went viral recently, showing a group of Siberian tigers hunting down a drone. The clip shows the big cats looking like kittens: jumping and pouncing after their "prey."

But there's a darker backstory that this type of footage doesn't show.

These animals belong to the Harbin Siberian Tiger Park in Heilongjian province, China. Despite their claims of being a "natural park," investigations into the organization have shown that it has been involved in illegal trafficking of hides and bone.

They sell wine in their gift shop which is mixed with ground up tiger bone, an extremely desirable illegal product. 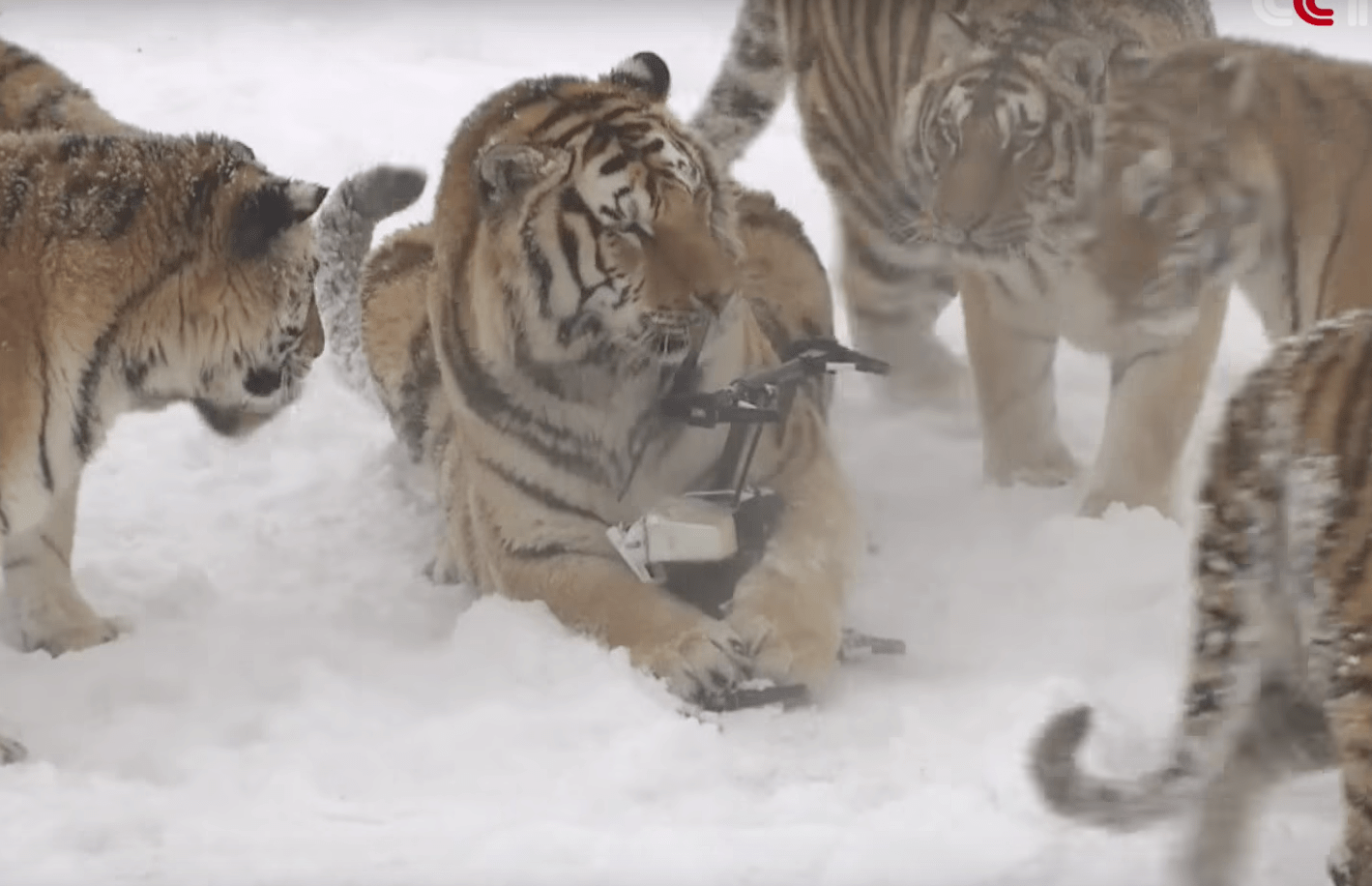 Tiger bone has been banned as a medicinal substance in China since 1993, but that hasn't stopped the desire for the product which is mixed into wine and intended to give strength to the drinker.

The park is designed as a tourist attraction and breeding center. Caged-buses full of tourists drive through the snowy landscape to get up close to the animals. They are allowed to purchase live chickens, goats or cows to see them feed. 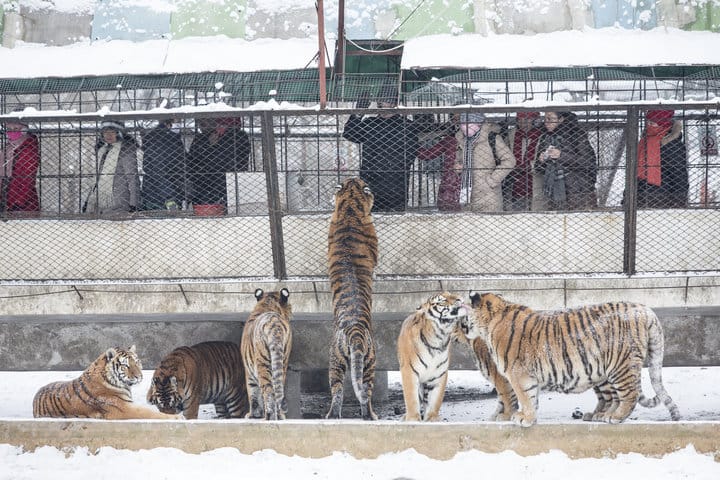 They tigers are considered to be in "deplorable" condition. The park has around 200 of the big cats, and during 2014 investigations, they were seen in tiny cages, rolling around in their own excrement.

There was also a case in 2011 of an employee who was killed in front of the busload of tourists he was driving after their vehicle got stuck in the snow.

All of these farms are sanctioned by the government, despite the not so hidden secret that they're selling illegal products. Some of the proponents claim that these institutions limit poaching in the wild. 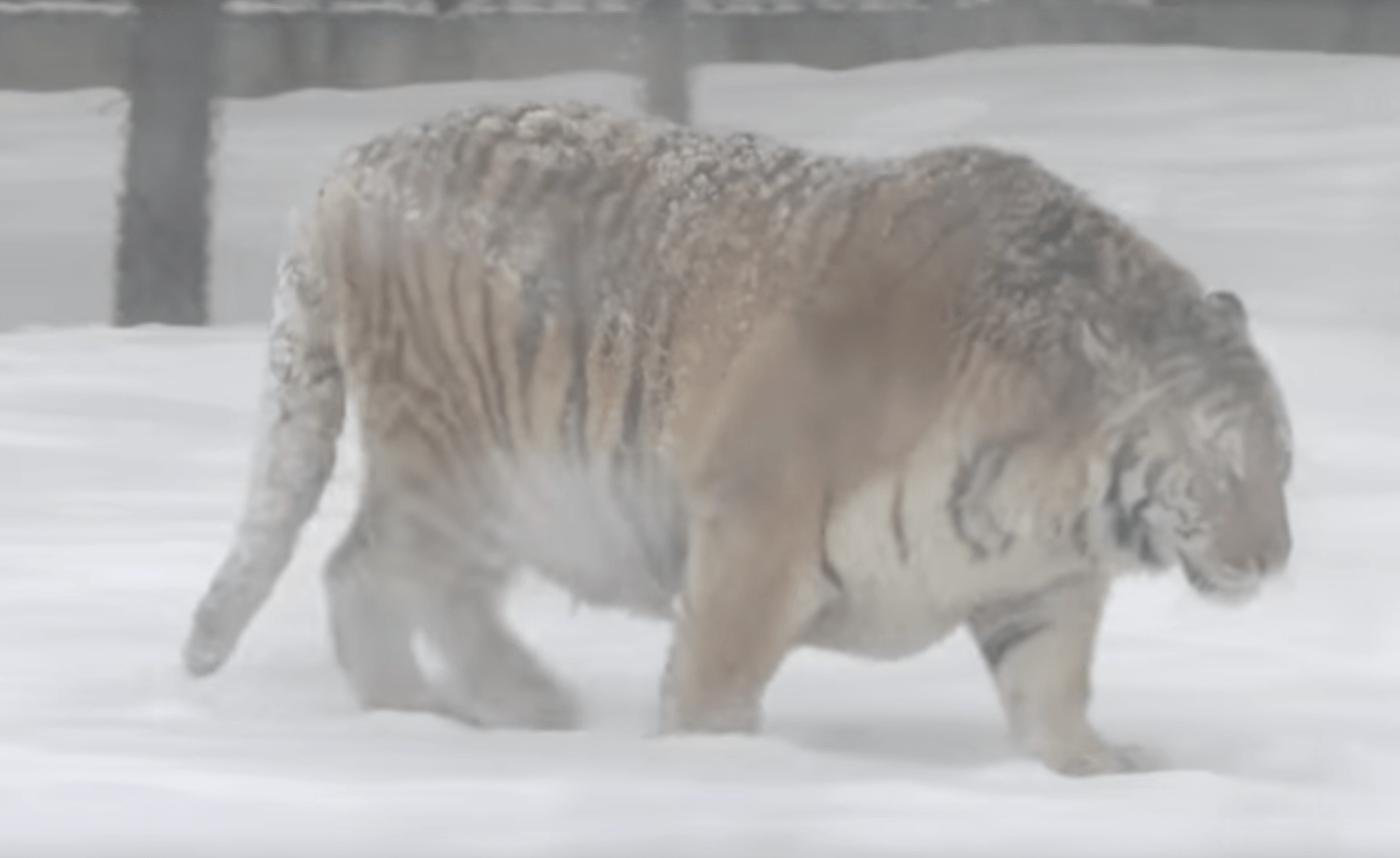 But the fact is that this hasn't been the case in any of the countries who have these "tiger farms."

The author, J.A. Mills, an expert on the illicit wildlife trade explained to NPR in 2015:

The number of these animals in the wild in China is extremely low. A study last year reports their total population in the single digits.

To help do your part for these magnificent endangered creatures, you can make a donation to the World Wildlife Fund, who works to protect them.