When Dr. Matt Carriker was in veterinary school eight years ago at Texas A&M, he started a Youtube channel, called Demolition Ranch, about gun safety, and it took off, gaining over two million followers, reports the site I Heart Dogs.

He found a way to monetize his channel through advertisements, and it was then that he got an idea to combine his online success and his love of animals. Dr. Carriker decided to apply the same concept to saving at risk animals from euthanasia and seeing how much that could accomplish. 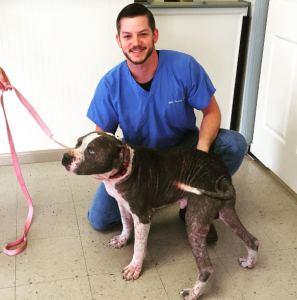 His goal was to take as many animals from shelters and rescues as possible that are in need of medical care and to give them a better chance of being adopted. He treats everything from mange to vision problems to just getting the animals spayed and neutered, and more. The before and afters are truly astounding. 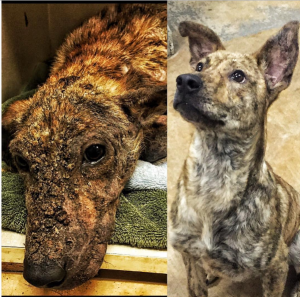 As the son of a vet, Dr. Carriker witnessed his dad giving free treatments to animals in need, but most vets do not have the time or the resources to take on as many cases as they would like.

While the revenue derived from his videos helped, it only allowed him to treat a couple animals a month.

He spoke to the High Plains Journal about how he was able to take on more animals:

“I was getting ready to quit, then people started asking if they could donate money to the treatments. I started a non-profit organization, we began accepting donations from the public and now we can pretty much treat as many animals as time allows."

He now has over 800,000 subscribers on Youtube and 131,000 follower on Facebook where he posts the before and after stories.

The doctor has hired on three more vets to assist him in his charitable work, but he still runs a normal practice as well. He hopes to one day be able to focus solely on his non-profit. 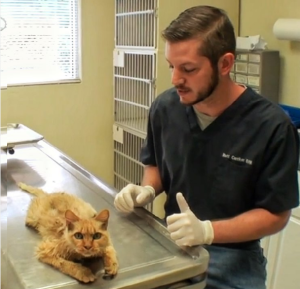 Thanks to vets like Dr. Carriker, hundreds of animals with curable diseases are now living better lives and are looking for their forever homes.

If you would like to give a loving home to a rescue pet check out the ASPCA.