A tiger was shot and killed on Wednesday morning after being seen near a highway in Atlanta, Georgia.

6-year-old Suzy, a member of the endangered Bengal Tiger species, was killed by police officers on September 6 after she headed into a residential neighborhood, Meadow Brook. In a Facebook post released onto the Henry County Police Department's page, they said that the difficult decision to put down the tiger was made because she allegedly attacked a dog, who is unharmed, and there were fears for the public's safety:

With the tiger in close proximity to a school bus route in a densely populated area, officers made the decision to put the animal down with gunfire fearing that occupants of the home could be in danger as well as others in the area.

When Suzy's body was examined, a microchip revealed that she was a former performing animal from the recently closed Ringling Bros. and Barnum & Bailey circus.

She, along with 13 other big cats, were being transported to Tennessee to be returned to their handler, Alexander Lacey.

We stopped in Georgia to feed and water the cats and for a quick rest break for the driver, and that's where we believe the animal escaped and was later confronted by law enforcement. They've been raised around people their entire lives, so they're comfortable around people.

He also said that no one knows how Suzy escaped; the driver didn't realize that she was missing until they got to Tennessee. 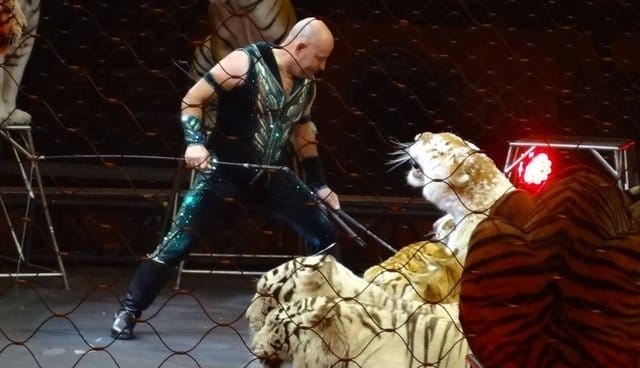 Sadly, it seems that the surviving 13 big cats will not be retired. According to Payne, they will be taken to Germany, probably to join another circus.

Numerous studies have been conducted on the effects on animals of being used in circuses which show that these highly intelligent creatures are seriously damaged by lives in captivity. The shows that they are forced to perform in require unnatural behavior and stunts, which cause physical and psychological problems. 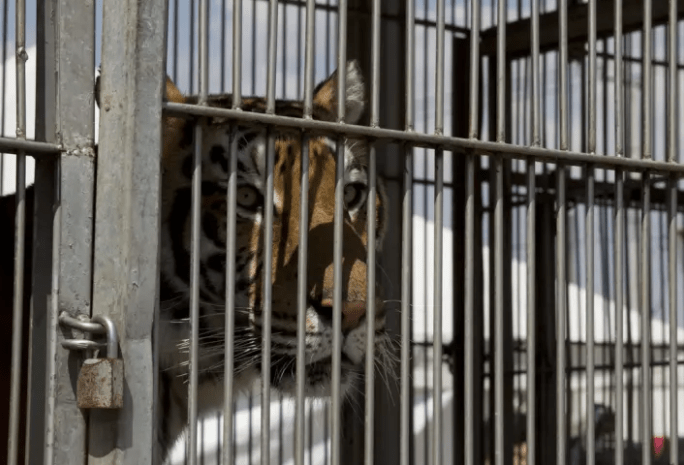 There is a long and cruel history in the keeping of wild animals, and circuses have been notorious in their use of brutal training methods, including elephants prodded with sharp sticks called bullhooks and tigers whipped into submission. 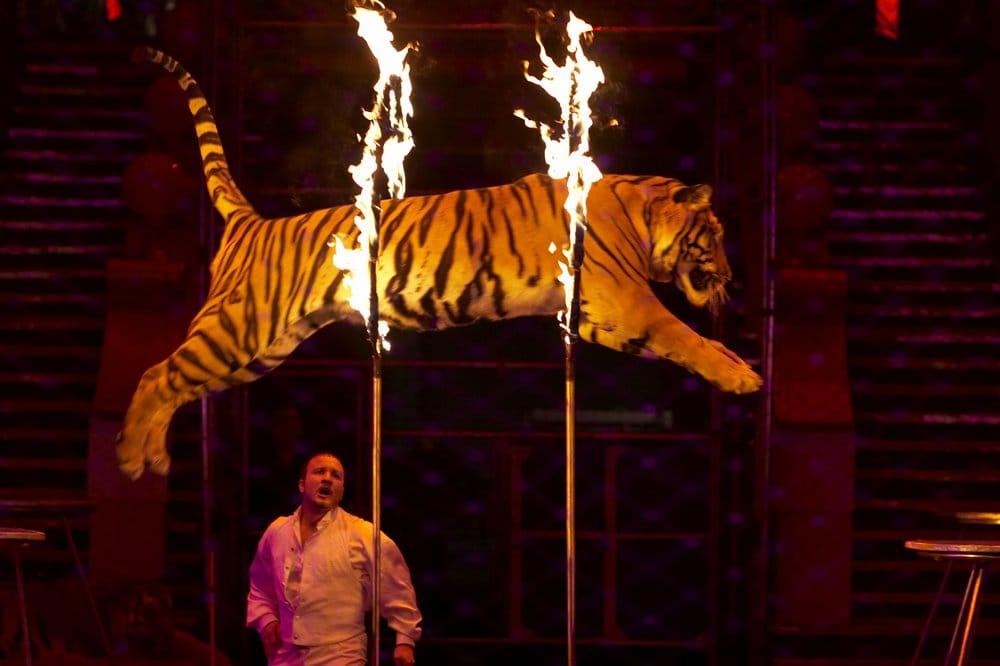 If you would like to contribute to helping circus animals escape this life of misery, you can donate to organizations like Performing Animal Welfare Society, who work to offer exploited, wild animals better-living conditions