Goldie, a one-year-old golden retriever, was viciously attacked by a pack of stray dogs in Dallas, Texas.

Neighbors, not knowing how to help, looked on at the scene absolutely horrified. To hide himself from his attackers, the dog managed to burrow a small hole underneath one of the houses nearby and waited there for the ordeal to stop. 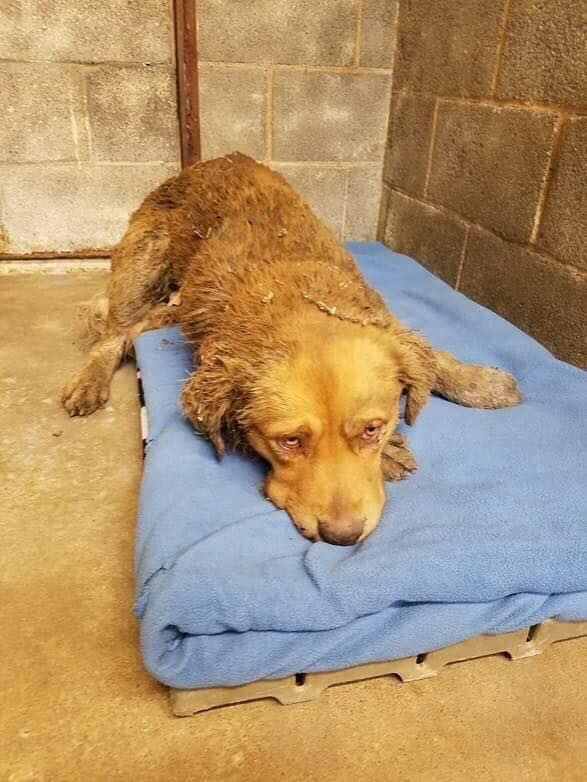 By the time that the pack had given up and left, Goldie was terrified and refused to come out of his little hole.

When rescuers arrived, they had to literally drag the dog out of his hiding place in order to take him to their shelter. Once they were able to examine him, it was clear that the canine had suffered substantial injuries. 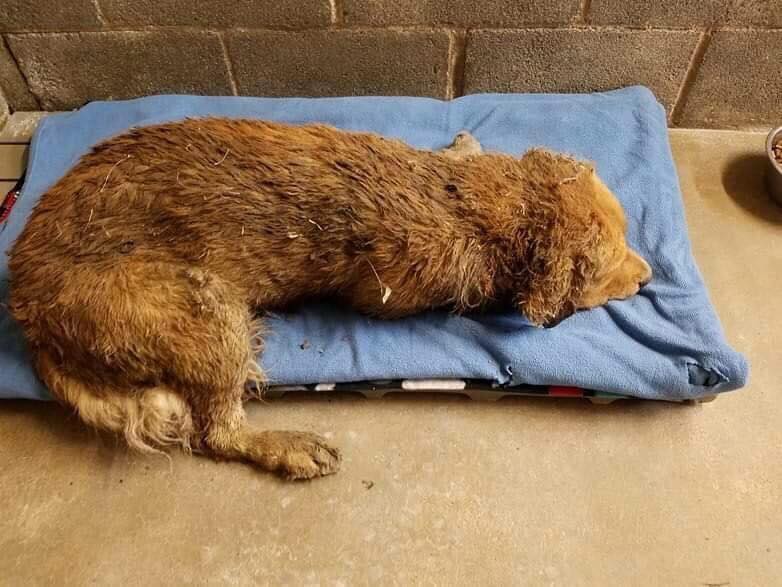 Sadly, he was initially taken to a kill shelter, but was quickly picked up the Rescue Dogs Rock NYC who were determined to help the golden retriever on the road to recovery.

Goldie was not only covered in cuts and gashes, but had been emotionally traumatized from the event. He was extremely timid and scared, and it took a long time for him to start trusting people and dogs again. 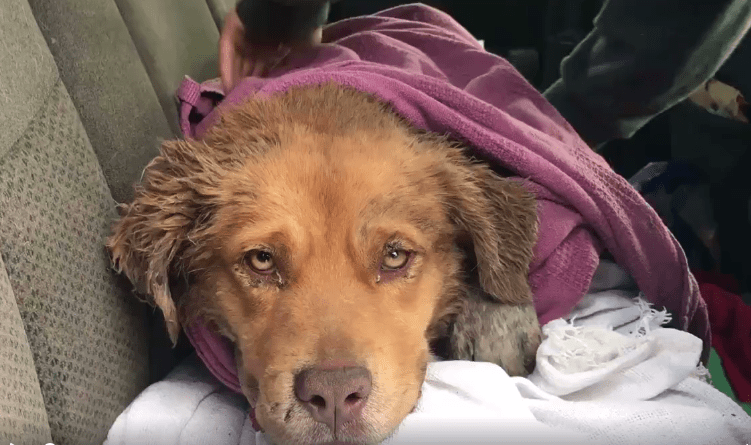 However, slowly both his physical and emotional wounds healed, and after three weeks of treatment, he was finally healthy enough to leave the veterinary clinic.

Initially, it looked as though nobody wanted to adopt the sweet dog, until a member of staff from the shelter posted a photo of the canine online, and suddenly received an overwhelming response. 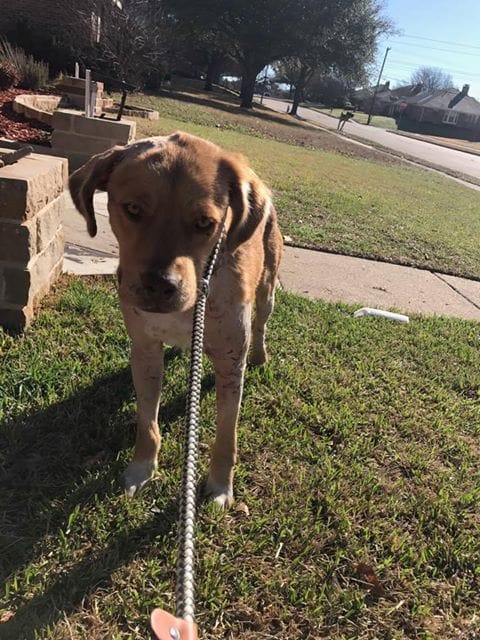 One application in particular stood out. A young lady, who's former golden retriever had died from cancer a while back, was looking for a new canine companion. She had been monitoring rescue sites, and as soon as she saw Goldie, knew that he was the one.

She adopted the dashing dog and renamed him Dakota, in honor of Dallas Cowboys quarterback Dak Prescott. Dakota seems to be enjoying his new home, and his new mom's boyfriend posted on Facebook:

He is a sweet, sweet mush of a dog who appreciates all of the love and attention he is getting in his new home. 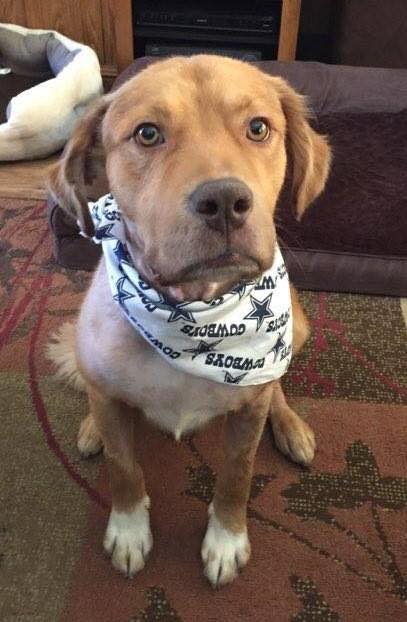