In Houston, Texas, a woman was seen dragging a terrified and unhappy dog into the Harris County Animal Shelter.

Ann Flores told The Dodo that the three year-old dog "laid on his back and just rolled over" and that "it was like he was saying, ‘Please don’t take me in here.’” 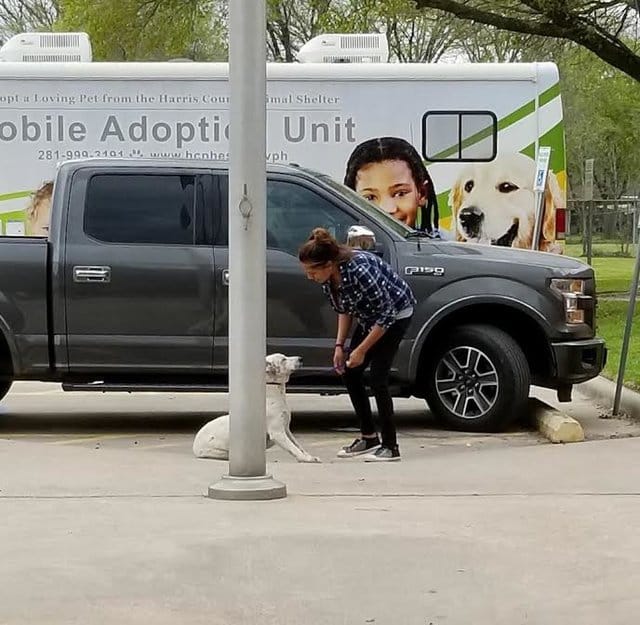 Another woman, perhaps a friend or family member of the first woman, was dragging a second dog into the shelter. Flores said that “they were both pulling, but the dogs wouldn’t budge". In the end, they had to pick them up because they just would not move.

At the time, Flores and her friend were visiting the shelter because her friend was interested in possibly adopting a dog. However, she was soon distracted by the scene taking place outside. Flores said that "they didn't care". What infuriated her the most was the fact that the women seemed to find it funny, "laughing and giggling". 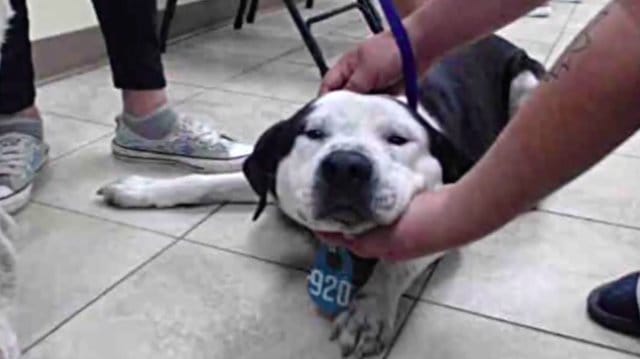 After sending photos of the incident, Harris County Animal Volunteers (HCAV), a group that aims to rescue and re-home dogs and cats from the shelter, rallied people together to help the two dogs named Truman and Mandi.

Cypress Lucky Mutt Rescue immediately tagged both dogs for rescue, but foster homes needed to be lined up before the dogs could leave the shelter. 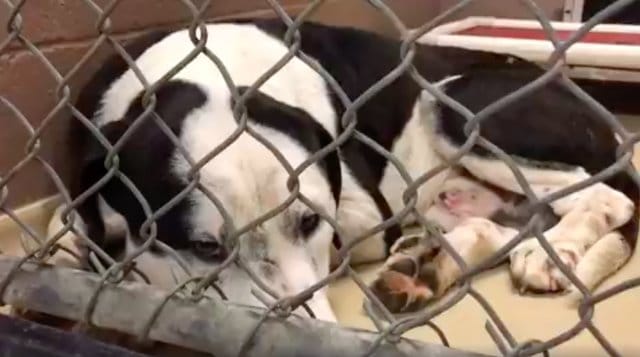 Both dogs were scheduled for euthanasia later that week due to overcrowding at the shelter which meant time was of the essence. Thankfully, the rescue group quickly found foster carers for them.

On the way to the foster home, Kellie Donoghue, director of Grace Mercy Love German Shepherd Rescue, who picked Truman up from the shelter, said:

He was so terrified and he was peeing. But he was wagging his tail the whole time, which tells me that this dog just needs love, but doesn’t understand that humans can provide love.

Before being dropped off at his new home, Truman had to do a temperament test to make sure he was suitable around kids, cats and other dogs. Thankfully, he passed this test with flying colours, becoming increasingly relaxed in Donoghue's presence. 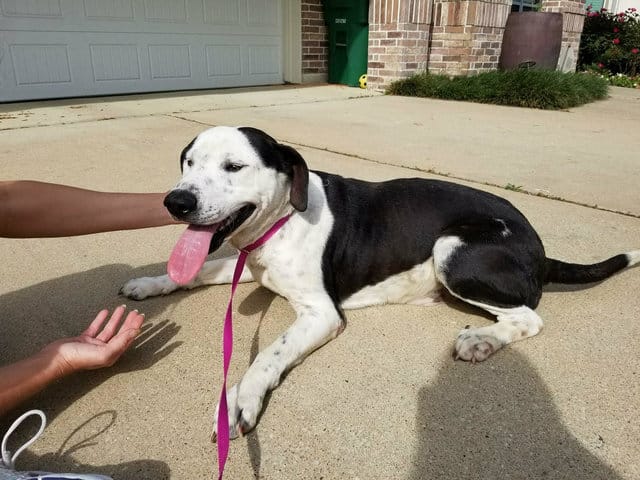 Truman is now living with his foster mom Christina Caballero and her other dog and three cats. It’s Caballero’s first time fostering a dog, and she’s loving the experience — and Truman has thrived with her.

Truman's recovery is still far from complete as he turned out to be heartworm positive, and has to undergo treatment before he can officially be adopted.

As for Mandi, she also tested positive for heartworm, among other health issues, but is now living with her foster mom, Jackie Duncan. With lots of love and much needed attention, the two will soon make a full recovery and emerge from their shells.