Dave Wardell and his German Shepherd, Fin, were in Stevenage, a town located 30 miles from the capital to question a man suspected of having robbed a taxi driver and threatening him with a firearm.

The suspect rapidly fled before being caught by Dave and Finn. But at the moment where Finn jumped on him to control him, the young man pulled out a hunting knife and stabbed the animal several times in the head and abdomen. Dave also received a superficial injury on his hand. He explained:

Finn was stabbed trying to protect me. He was taking down an offender as he has done hundreds of times, and in the blink of an eye everything changed. 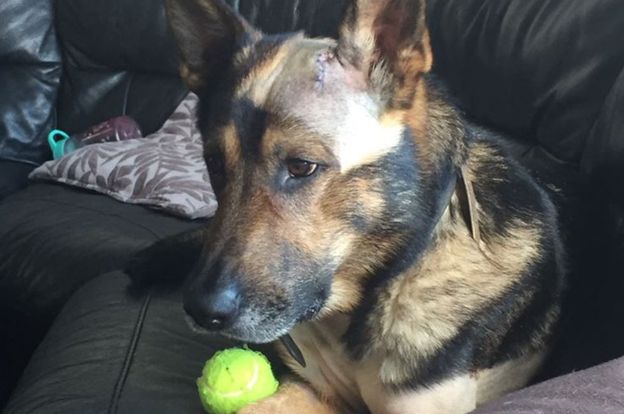 Immediately, rushed to help his companion, while the suspect fled. Without hesitation, he brought Fin to the veterinarian and stayed by his side for four hours during the operation. Thankfully, even though seriously injured, the brave dog made it through.

Shortly after the incident, the attacker was identified and questioned. During his first trial, which lasted a day, he claimed that he stabbed the German Shepherd in self-defense, fearing being bitten by the dog. This explanation was rapidly thrown out by the judge, who declared:

Stabbing a dog you know to be a police dog and lunging a knife at a police officer were not necessary or proportionate. 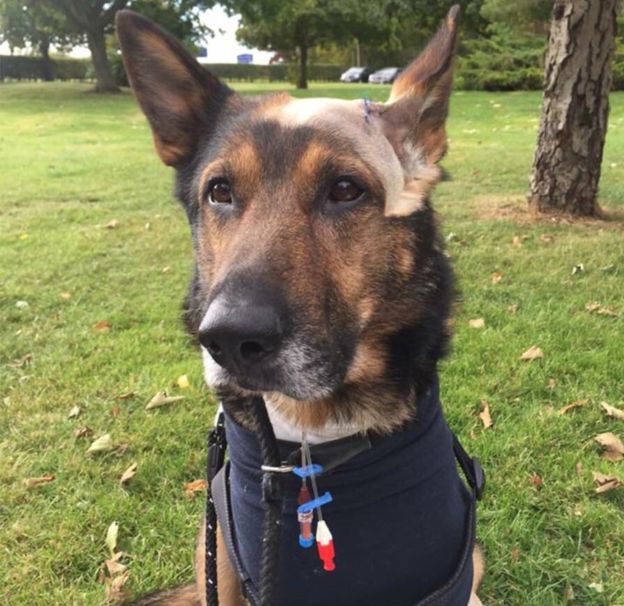 Dave Wardell and Finn were able to return to work a few weeks after the incident, just before Christmas. Finn recently took his retirement at age eight, and will continue to live peacefully with Dave and his family.

On June 7, Dave Wardell himself announced the sentence of the young man on Twitter. At less than 18 years old, he was judged as a minor and condemned to just four months in detention center for minors, as well as four months of probation.

4 months detention & 4 months training. That is for possession of a knife,imitation firearm,assault on me and Criminal Damage to Finn. pic.twitter.com/NplREoJhJs