At the beginning of August 2015, a team of firefighters struggling against the intense wildfires in Arizona in the US found something which warmed them to the bottom of their hearts…

The firefighters with the Desert Hills Fire Department (DHFD) were trying to put out the 7,000-acre fires near Lake Havasu City when they came face to face with… a donkey, all alone and starting to panic in the midst of the flames.

But the donkey seemed to understand straight away that the firefighters had come to his aid, showing no fear when they got out their hose to cool the light burns caused by the fire. And after that, he wouldn't let them out of his sight! 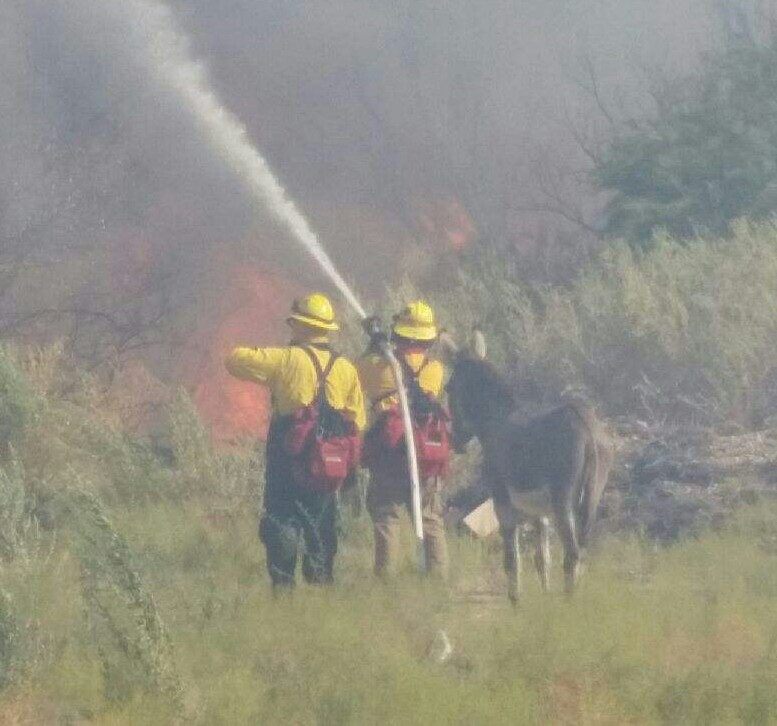 We have many wild donkeys living in the area, so we're very used to them here. They're normally quite skittish, but this one was not. This one followed the firefighters. It's like he knew, 'If I stick with you, I'll be safe.'

They couldn't work out if the donkey was wild, or had in fact escaped from one of the local farms. But one thing's for sure: the rescue of this sweet donkey gave renewed hope to the firefighters, who were beginning to flag in the face of the raging fires.

Our firefighters have seen a lot of animals that were killed in the fire, so the situation has been hard on these guys. The donkey has really boosted their spirits. He really made their day. 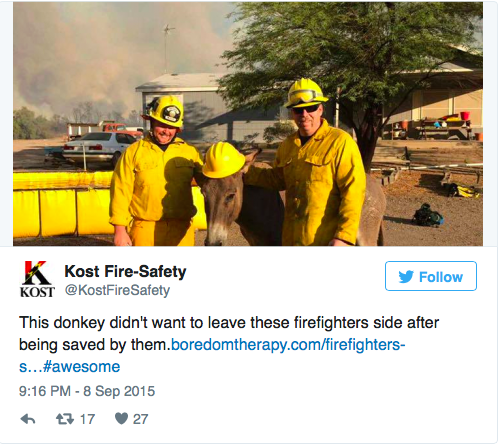 The donkey was moved to a safer place where he could recover, and will soon be moved to the American Wild Horse Sanctuary in California if nobody comes forward to claim him.