A young woman made a terrible discovery while on a walk in North Carolina in May 2017. She came across a seriously injured dog lying in the bushes. His tail was broken and infection had begun to take hold of the animal. 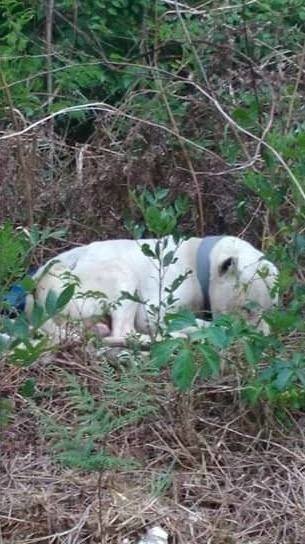 The woman alerted the authorities to the poor canine and they immediately rushed to his aid. He was brought to a shelter in Wilson County, but volunteers knew straight away that they did not have the necessary resources to give him all the care that he needed. They then contacted Rescue Dogs Rock NYC, who were willing to take the dog, named, Zeus, in and he was brought to their veterinary center. 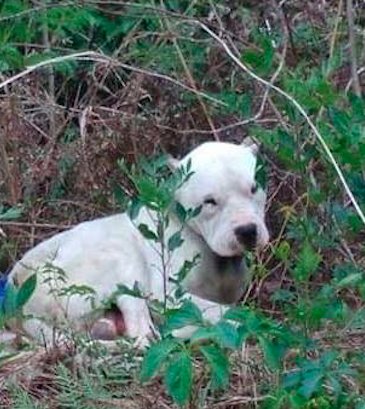 Zeus was in a bad way and needed a total of three operations followed by a long course of antibiotics. Jackie O'Sullivan, the founder of Rescue Dogs Rock NYC, explains:

Despite all the pain he’s been in, he’s never growled, and he’s never shown any aggression at all. 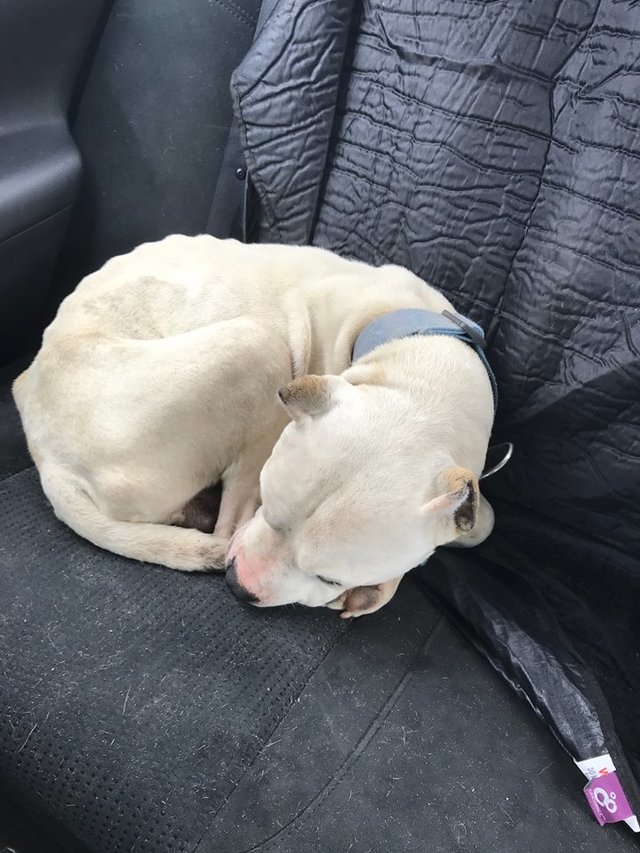 To help the adorable canine recover after his ordeal, a good samaritan, who preferred to stay anonymous, made a donation of a blanket and teddy bear. Zeus has since become extremely attached to the toy, which has become a means of comfort for him and now never leaves his side. 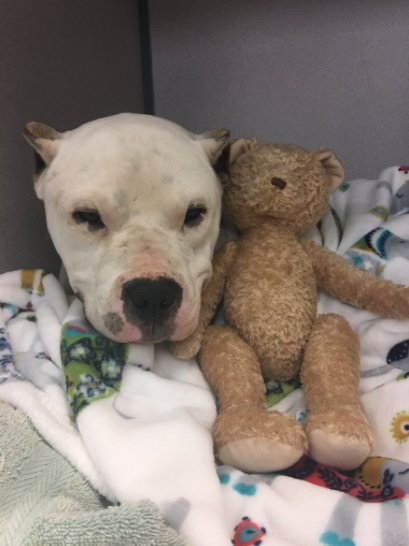 As soon as Zeus was strong enough, he was able to move on to his forever home, where his family was eagerly awaiting the arrival of their new member. Now, he will live the rest of his life in a happy and loving place surrounded by those that love him. 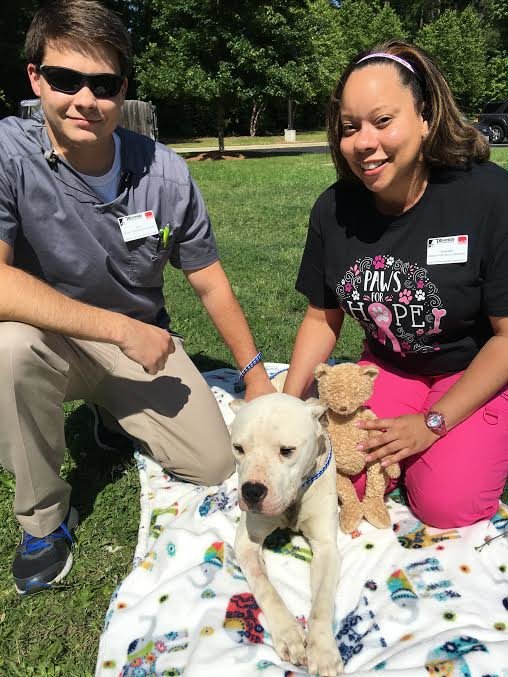