At the beginning of 2017, a female Korean Jindo, only 10 months old, was saved from a dog farm in Wonju, South Koera, where she lived with dozens of other dogs in deplorable condition. 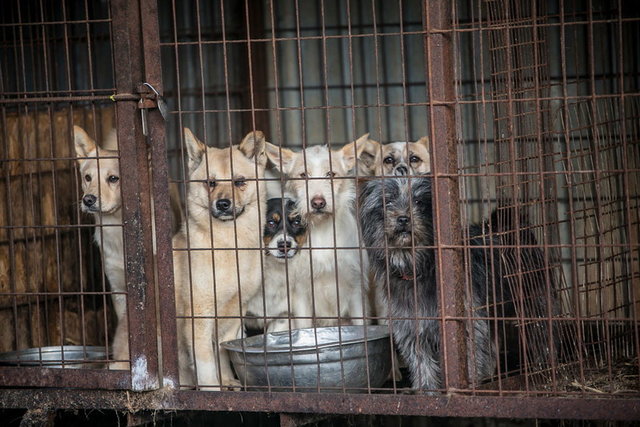 Named Rosa, she and 200 other dogs were saved from an intervention by Humane Society International (HSI). Fourteen of them, including Rosa, were handed over to the HSI shelter in Tampa Bay, Florida, where they're able to sleep in a real bed for the first time in their lives

However, despite the bedding, toys and comfort, Rosa was terrorized, and cowered in the corner of her kennel as soon as anyone tried to get near her, like she was trying to become invisible. 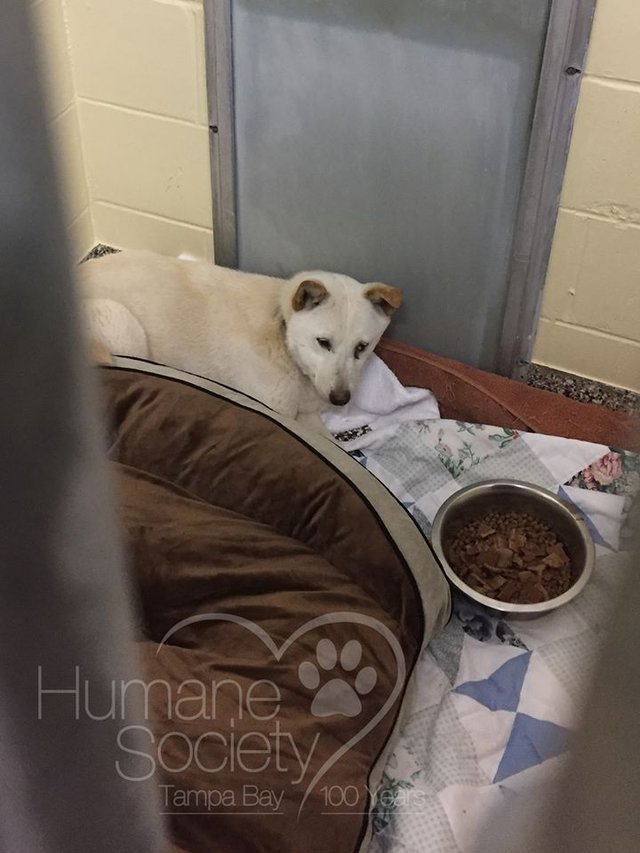 It was only a few days later, after the intervention of Glen Hatchell, the shelter's trainer, that the volunteers realized why Rosa was so fearful. After inspecting her, he realized that she was pregnant, and her maternal instinct pushed her to retreat from humans, who in the past had always mistreated her.

Nash McCutchen, the shelter's marketing coordinator, explained to The Dodo:

We can tell that she's far along, but because we're not able to touch her, we can't do a thorough examination. That would just be way too intrusive for her. But we're probably thinking she'll have her babies in under a week. 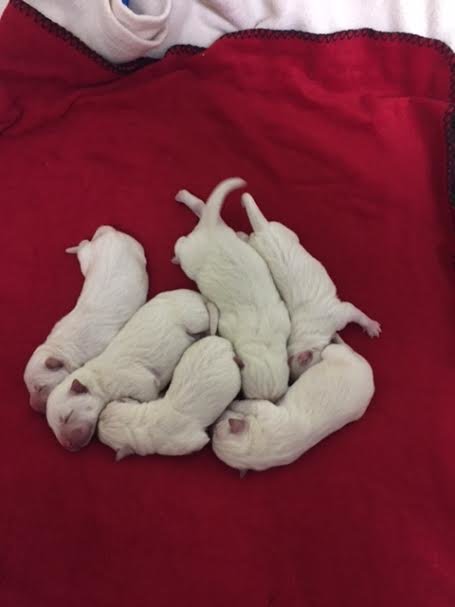 The babies are little chunks of puppy joy. They look just like Momma – creamy white from head to paw.

Despite the trauma that she endured all her life and the stress she endured, Rosa cares for her little ones with lots of love and tenderness.

She is still struggling to trust humans and now has an added source of stress, caring for her babies. Today was difficult for her as there was a lot of activity as we assessed the babies and made sure everyone was healthy. But now they are resting quietly and undisturbed. 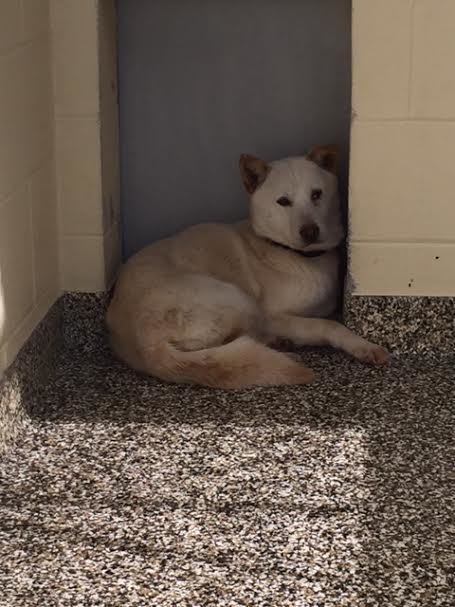