Sharon Bertozzi from California found Princess at the beginning of July on her front porch. Hunched up behind a ceramic vase for who knows how long, the animal was in such a terrible state that you could barely even tell what she was… 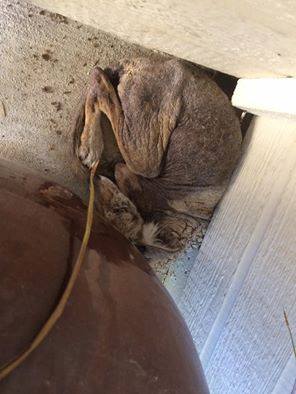 "My heart just ached for her", Bertozzi tells The Dodo, and she wasted no time in getting her help. The local vet services soon arrived on the scene to pick up the poor creature. Just a few days later, the City of Folsom Animal Services posted on their Facebook page with a surprising revelation:

At first this was thought to be a old very sick dog. Upon taking a better look, it is really a young coyote with a really bad case of mange… 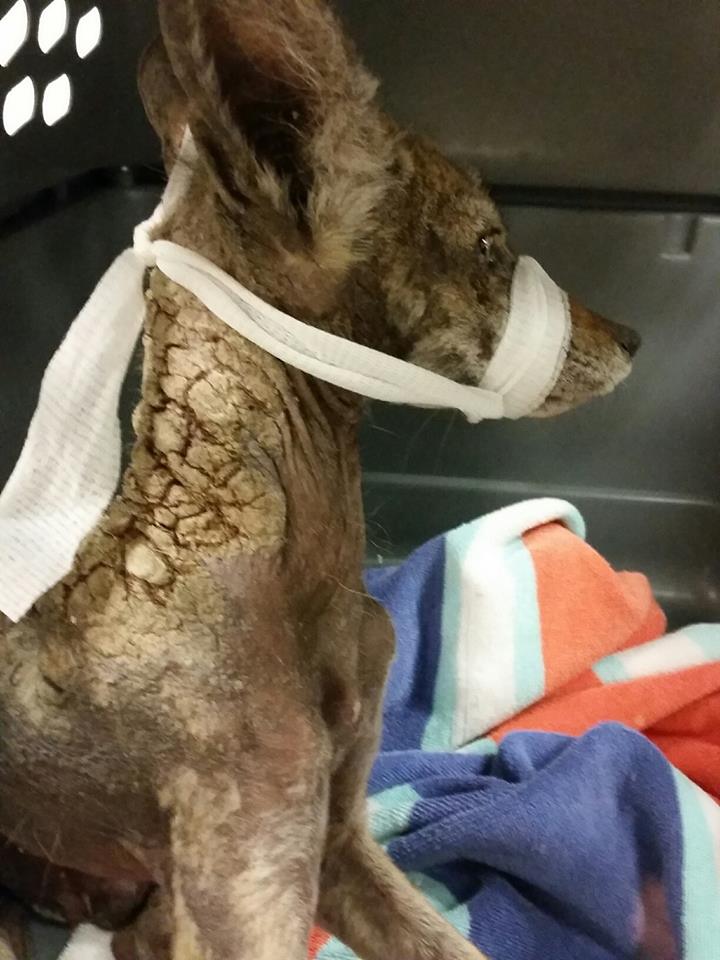 Her rescuers transferred her to the animal shelter Gold Country Wildlife Rescue (GCWR) in Loomis, California, naming her Princess. There she was diagnosed with an advanced case of mange, causing her serious skin infection and loss of her hair. Princess was also suffering from severe dehydration. 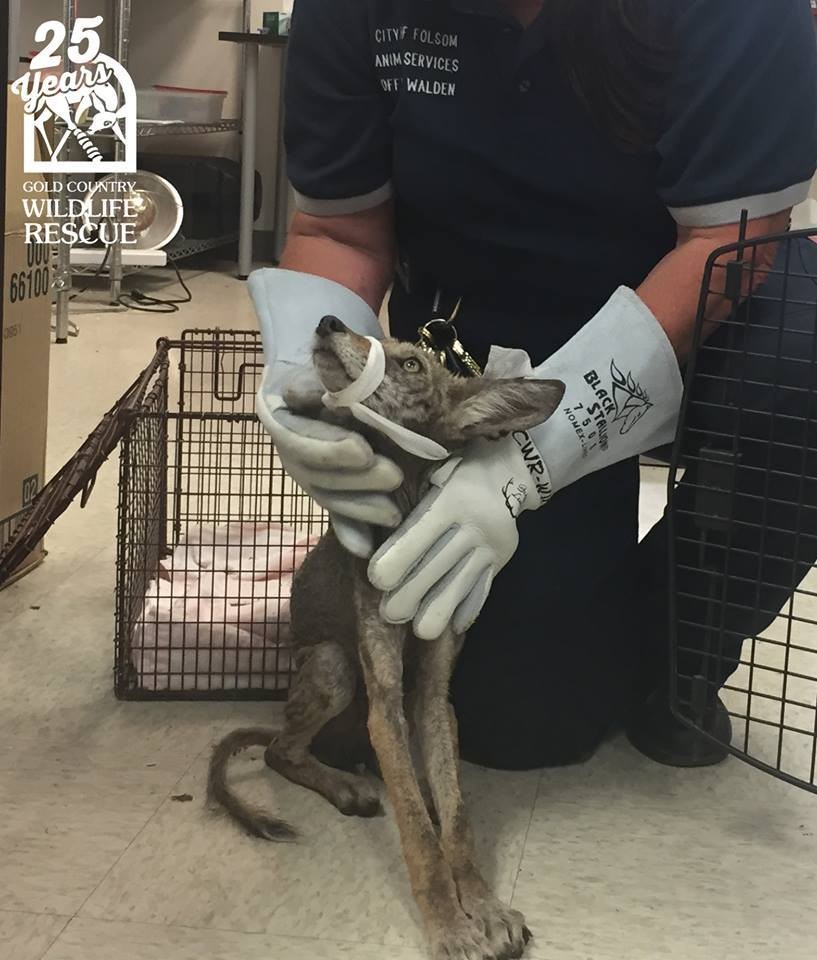 The medical team prescribed the young coyote various rehydration fluids as well as a treatment course to fight the mange and the itching it causes. Gold Country Wildlife Rescue director Sallysue Stein says:

She was bathed to help remove some of the dead skin and to make her feel more comfortable. The next morning we were pleased to see that she drank all of the water and special diet food we had left with her overnight. She started scratching less and eating more. 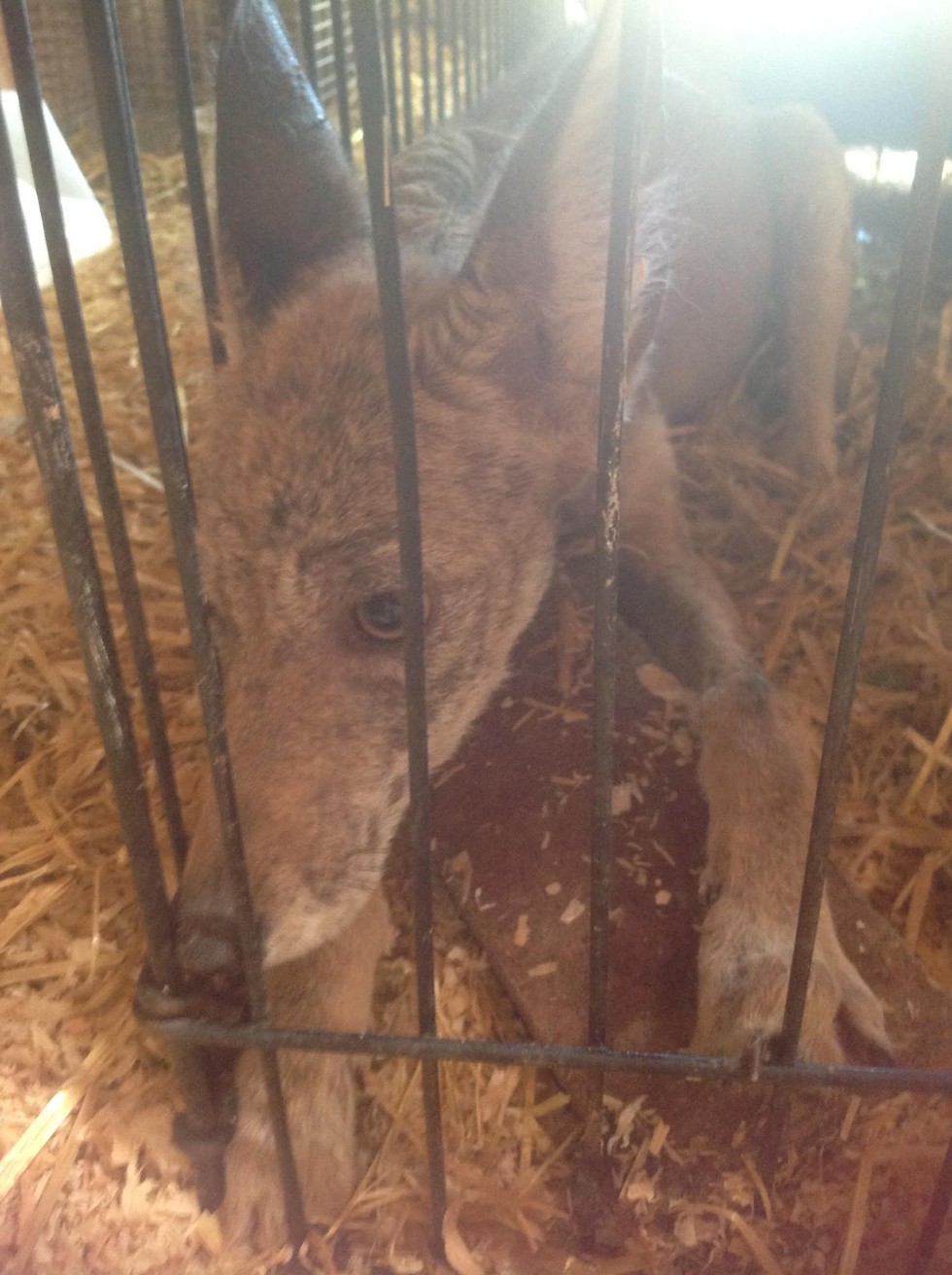 Staff at the shelter have been tending to Princess's every need since then, and she quickly showed signs of improvement. Once the coyote is back on her feet, they will set her free into the wild once more. We can only hope that Princess will have a quick recovery!