As soon as Melodie Zucker, from Waconia, Minnesota, heard the desperate meowing of a little kitten coming from a drain, she called the emergency services to try to find a solution.

Unfortunately, they told her they couldn't do anything, so the young lady decided to turn to the internet to find a way to free the poor creature from what was sure to be certain death. 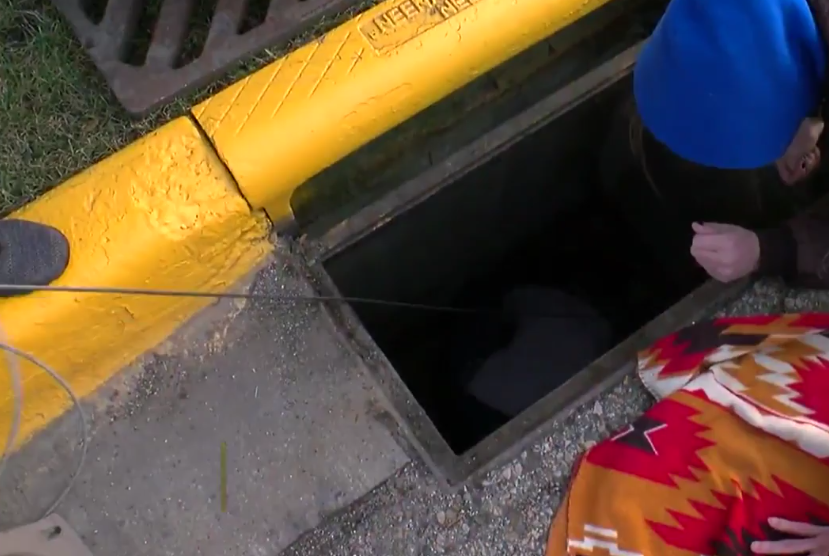 Her message was soon shared by people from all over, and one thing led to another until the kitten's story reached the ears of Liz Gigler, director of the Rescue Pets are Wonderful association. She has experienced all types of rescue operations, telling the media:

I have been doing it since 2004, and you get cats down drain pipes and in sewers all the time. But usually, you lift the man cover off and he's there.

This case was unfortunately as little more complicated. A Facebook group of over 300 people, named Piper the Kitty Trapped in the Drain Information Page (now Piper the Kitty Rescued From the Drain), was created to try to find a way to get him out. In addition, a GoFundMe page created for the occasion brought in over $2500 for the kitten, who was affectionately named Piper. 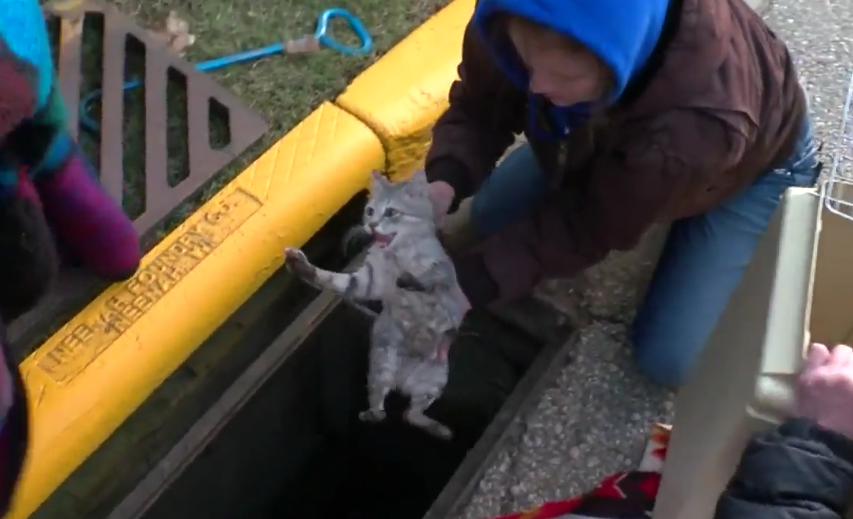 A local company called Sewer Services eventually offered to help, having caught wind of the story of the poor little Piper. With the help of a camera to find the animal, they ran water through the sewer canals to push Piper towards the entrance of the biggest drain, where someone would be able to finally rescue him.

21 year old Jackie Gallea was tasked with going to search for the kitten, who was stuck 6 fett deep into the pipe. The young woman said:

I was covered in drain water, but who cares?! I love cats.

Piper was finally given to Liz Gigler, so that he could be examined by a vet. Luckily, he was quite healthy despite his ordeal, being more frightened than anything else.

Thanks to the community, who rallied around him, kind donations from the internet and Gigler, who patiently fed him every day, that he survived. 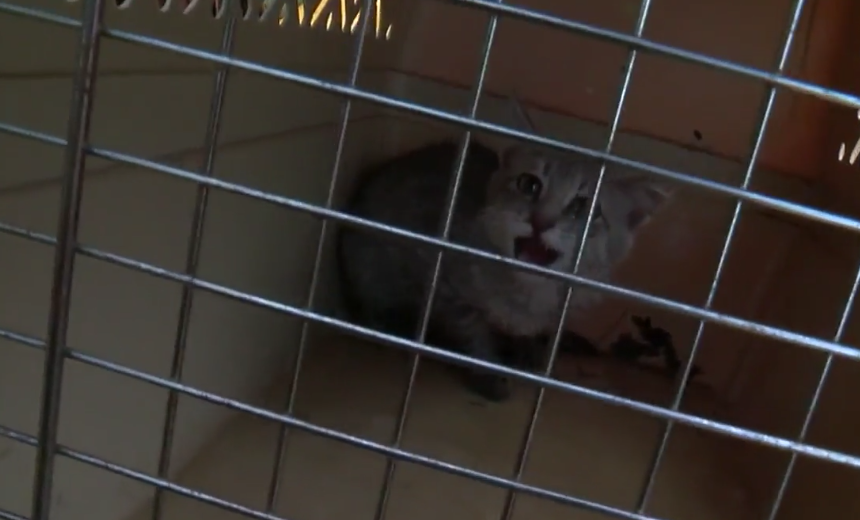