Nancy was in a shocking state when they found her earlier this year on the streets of India.

The poor young puppy's neck was pink and aggravated, flies buzzing around the heartbreaking wound. A string was tied tight around her neck and her head had ballooned with fluid as she slowly choked. 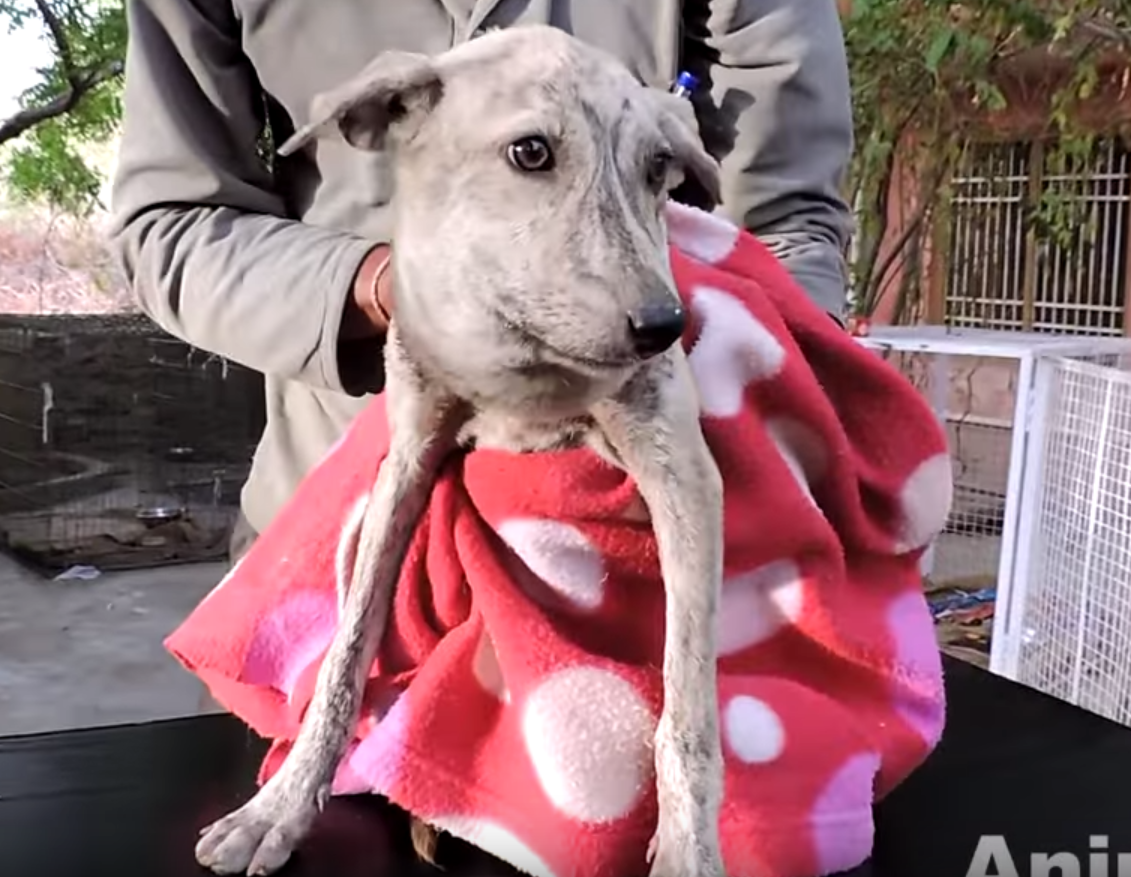 Luckily, a neighbour called Animal Aid Unlimited at the very last minute, and they arrived without delay. The team began tending to the angry wound straight away.

They carefully cut away at the string around her neck, and Nancy was such a good girl for the whole procedure. They eventually managed to remove the string, showing how tiny it was. It's no wonder she was in so much pain. The team explains:

We believe that someone, possibly a child, may have tied the plastic string around her neck as a “collar” when she was a younger puppy, and then never cut it off. 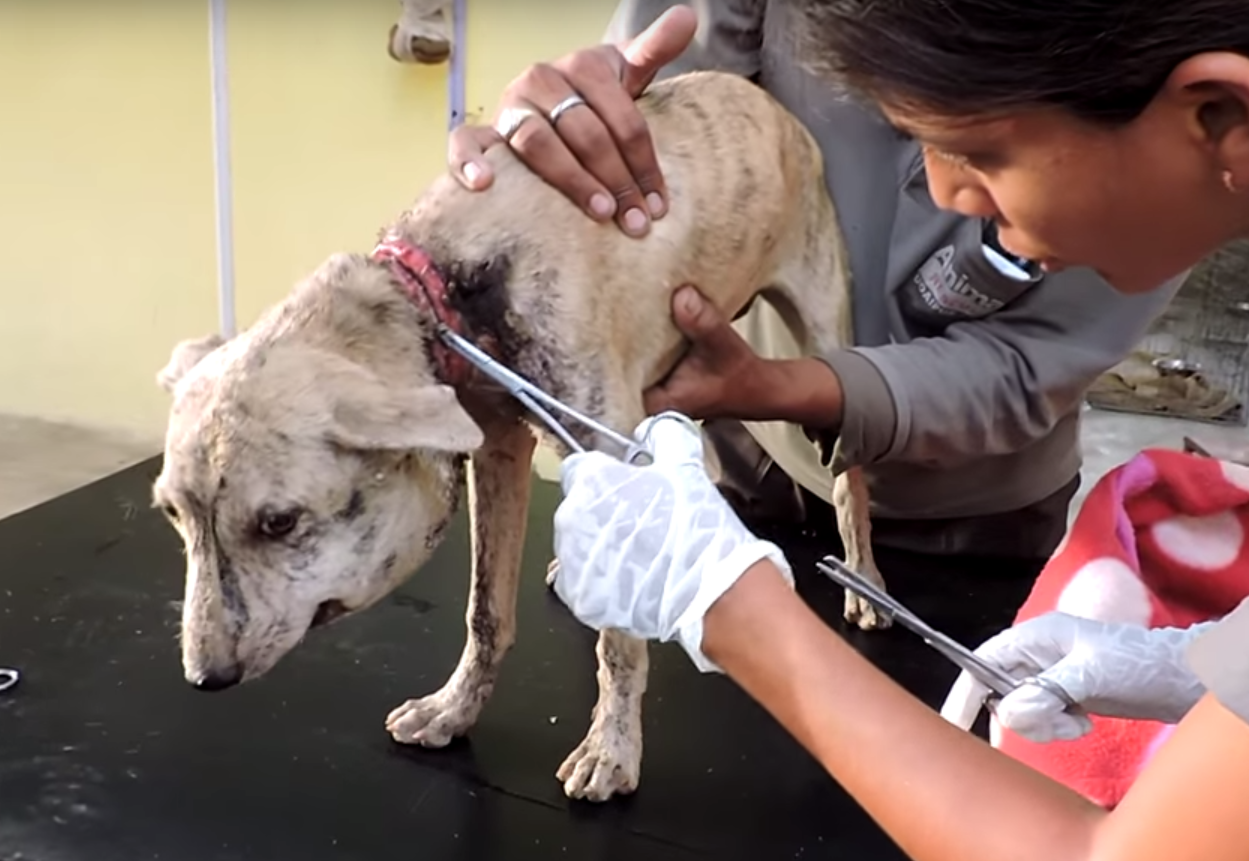 Next, they began to clean and sterilise her wounds. The intelligent dog surrendered willingly, seeming to know that she was finally in good hands.

The team finished by dressing her wounds and giving her some much-deserved biscuits.

And slowly, her wounds began to heal. The fluid that had made her neck swell so aggressively has been almost completely re-absorbed and she is starting to look like any normal dog once more. 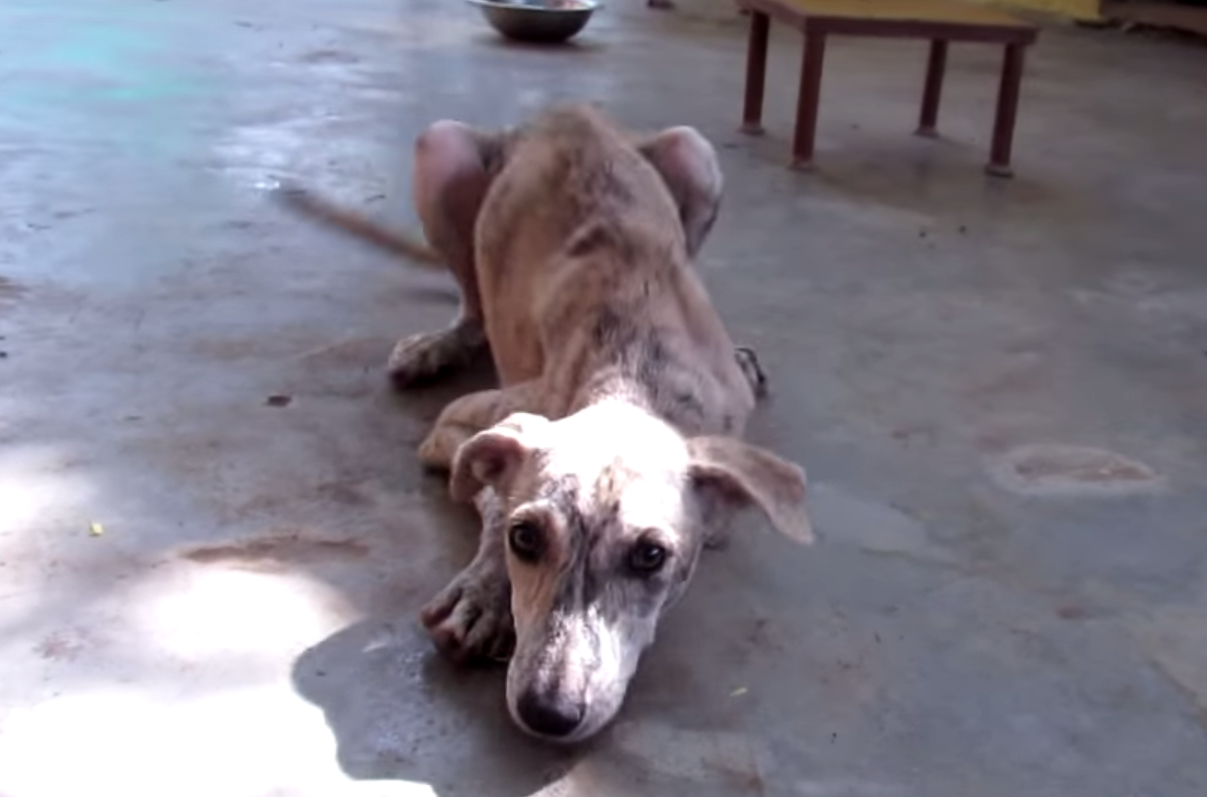 In fact, you'd never know what she's been through. Nancy is living life to the full surrounded by the other dogs at Animal Aid Unlimited.

They posted this heartwarming video of her recovery in July:

Nancy may not have survived were it not for the compassion of the workers at Animal Aid Unlimited. You can help them continue to help animals in vital need in India by making a donation.