Spencer the Doberman was only one year old when he found himself scavenging for food next to the road, fending for himself. He was hit by a car and severely injured, when rescuers found him in early January. 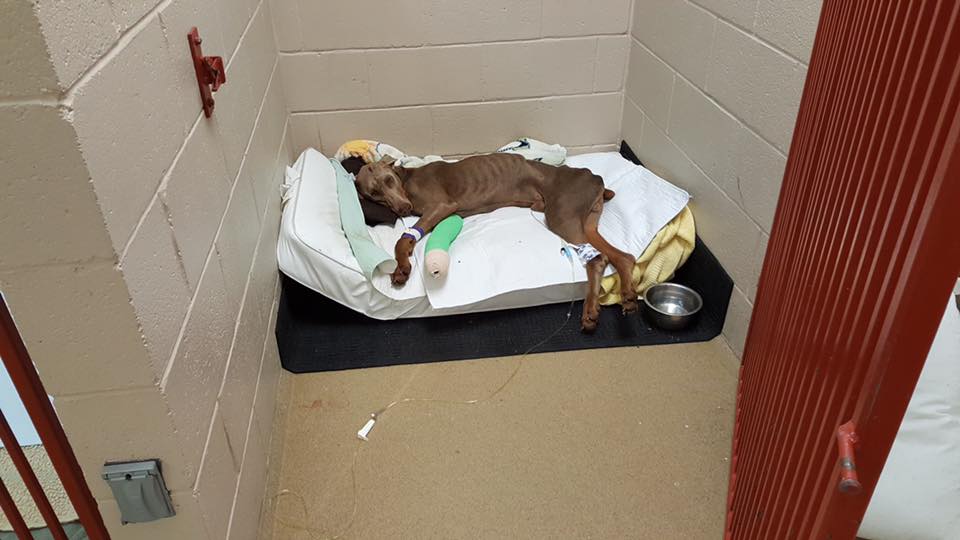 Spencer had been eating roadkill and was gravely emaciated, when the car hit him, breaking his back. The stray was taken to Paws and Claws clinic in South Carolina, where the doctors also discovered that Spencer had had his ears cropped by someone unexperienced and that his stomach was full of dangerous, sharp bird bones. 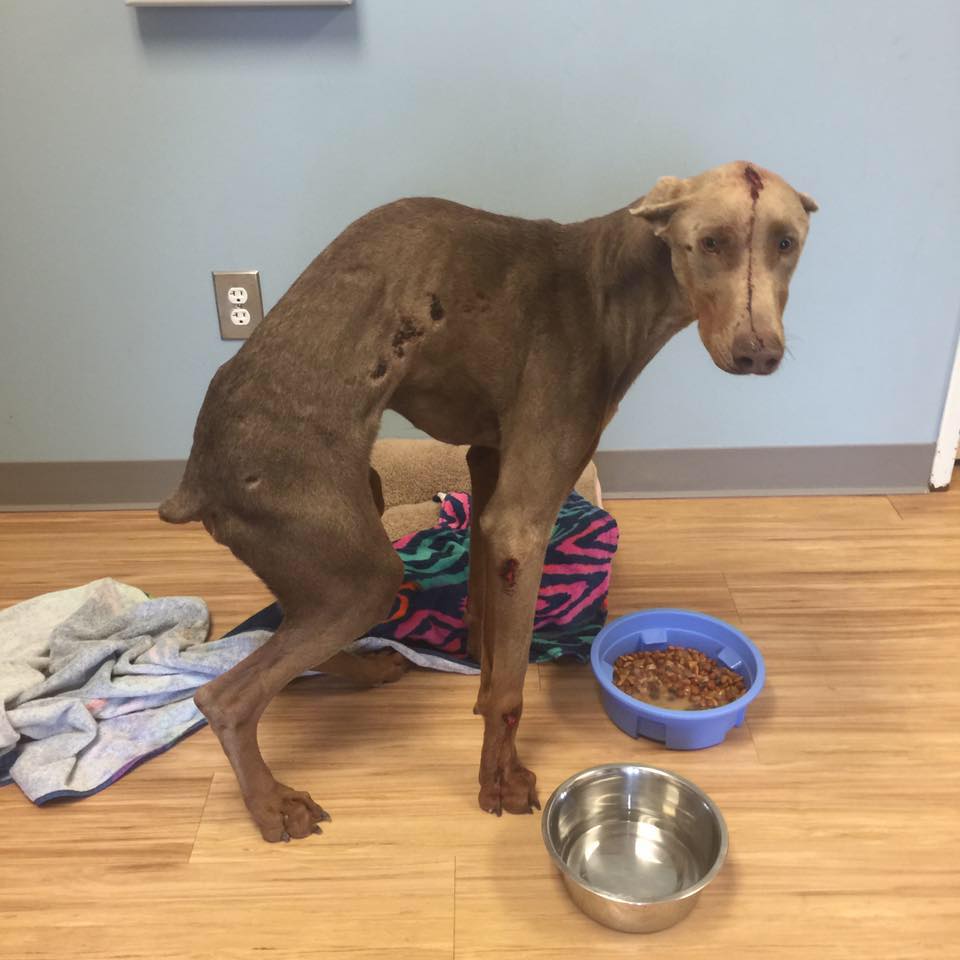 No-one could tell if the pup had managed to escape a life of abuse, or if he had just been fending for himself on the streets since he was born. Spencer then got medical treatment from  VCA Animal Specialty Center of South Carolina, who finally gave him some good news – because the Doberman was still a puppy and still had sensation in his legs, they would be able to operate on him to fix his severed spine and he would be able to walk again! 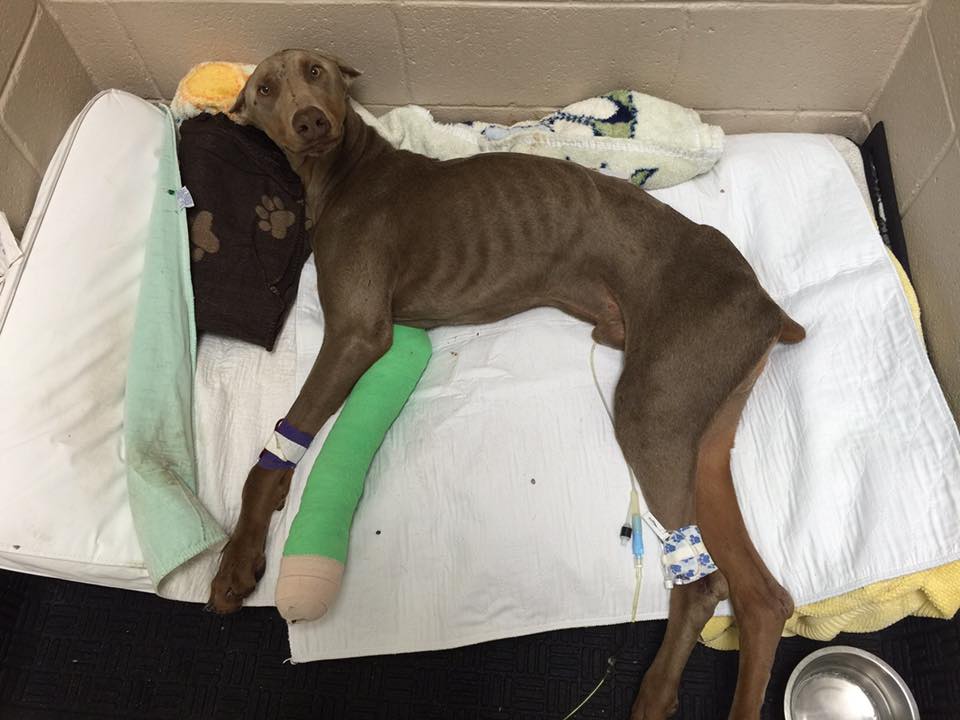 Jackie O'Sullivan, co-founder of Rescue Dogs Rock NYC, heard about the stray's story and decided to take him in and to give him all the care and rehabilitation he needs. She told Dogster:

He looked broken in half, but he had a strong will to live. He was giving kisses, he was eating. He had every reason to live.

During his rehabilitation and physical therapy, Jackie and other volunteers started taking photos and videos to post on their Facebook page, as many people had started enquiring about Spencer's health. Eventually, he gained such a big following that he got his own Facebook page, Spectacular Spencer! 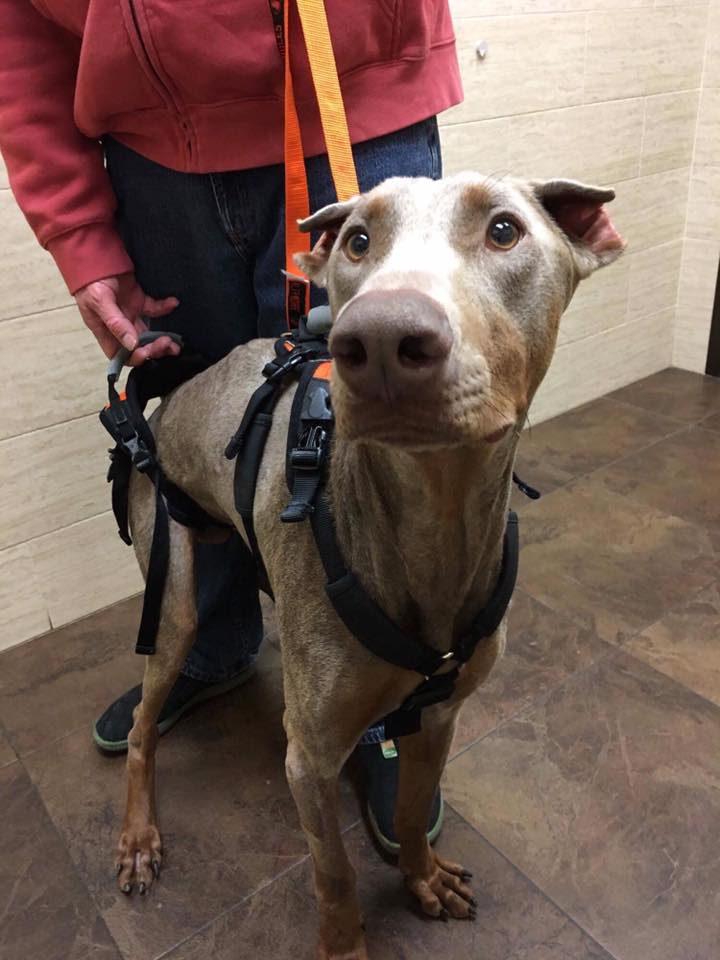 He quickly progressed from having to walk with full support, to only using a sling to get by, to being able to walk on his own. He made a miraculous recovery thanks to the care, attention and medical treatment he received from those who love him.

Spencer is walking on his own …

We knew you could do it Spencer
Onward and Upward ❤

The pup started playing with toys, sleeping inside and knowing what it's like to be loved. On his Facebook page, it read:

Spencer REALLY enjoys his toys, all toys that have been given to him & then we realized he probably never had a toy before & he is just a baby at right about a year old. 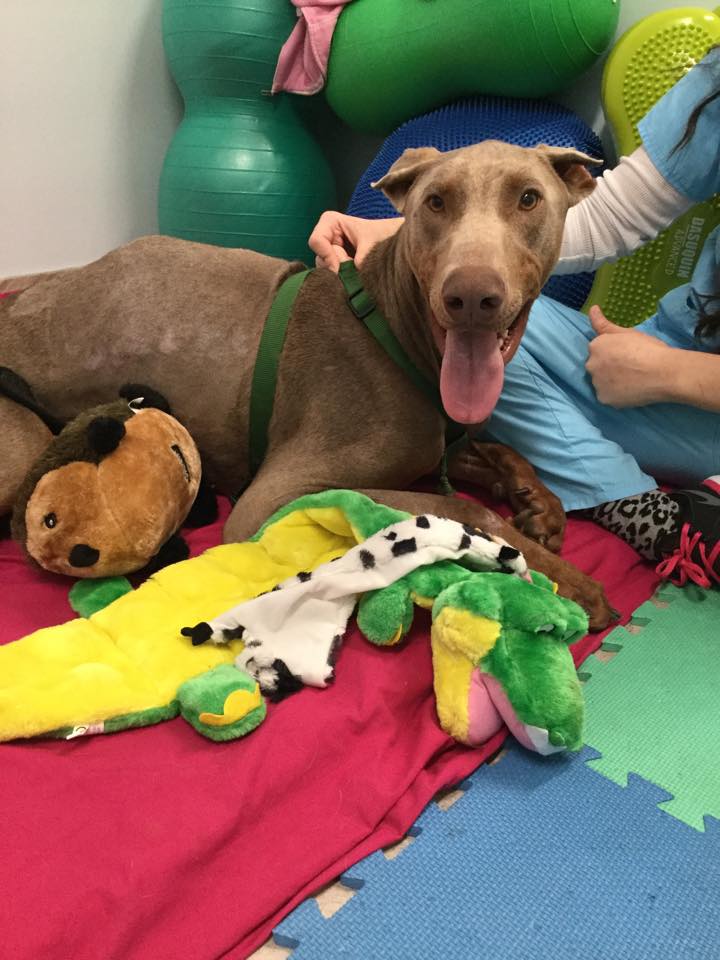 In a little over a month of physical therapy, Spencer was doing well enough to be put up for adoption, and it did not take long for a loving family to choose him. Spencer now lives with his new family and they have a huge backyard where he loves going for walks, as well as two other dog brothers, and his own bedroom with non-slip flooring.

Spencer is finally home! More photos to come as he gets settled in to his new digs!

This home thing is pretty good! My new mom even made me a little blueberry pancake this morning which I loved! I'm not used to anyone cooking for me or being in a home for that matter. I really like it here & I slept great! I love my room too!