Whales and dolphins sadly get washed up on beaches fairly often, but people don't often see how. When tourist Ben Waru saw an orca get stranded off the coast of New Zealand, he knew that he had to help.

Waru and his family were on holiday at Papamoa Beach when they spotted some fins in the waves. After watching for a bit, they realized that it was three young orcas, chasing and hunting stingrays. 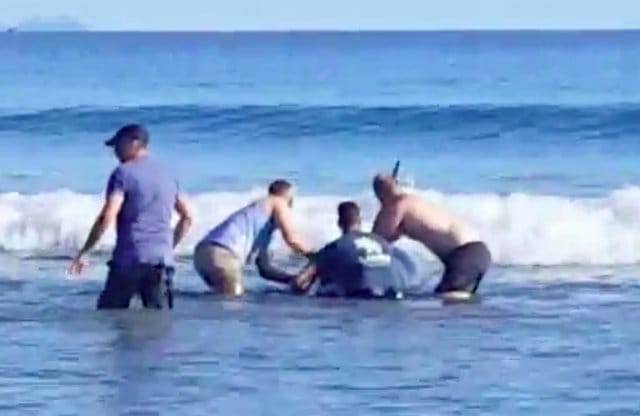 As they watched, they saw one of the killer whales become stuck in the shallow water. While you usually should try and push a beached sea creature back into the water as they could be very sick and need medical attention, Waru and his friends knew how this whale had gotten into difficulty.

The group made their way into the water and began to figure out how to help the orca, as Waru told The Dodo:

We weren’t sure we could help get the whale back to its siblings, [who] were circling a bit further out in the ocean, but we knew that we had to give it a go […] The orca twitched when I first touched it. I thought that this was probably the first time that it had been touched by a human. For it to trust us with the opportunity to help it … was just awesome. 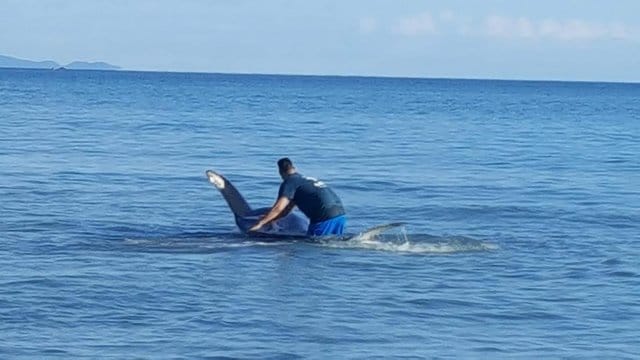 Working against the waves that kept pushing it towards the beach, Waru and his friends slowly managed to get the killer whale facing in the right direction. Then it was just a matter of waiting for a big enough wave to carry the majestic creature back out to sea.

Using its powerful tail to push himself forward, the orca finally managed to get itself back on track, joining its sibling in deeper water as the rescuers watched. It was a very emotional moment for Waru, as he later explained:

It was amazing to just see an orca in the wild, but to be able to touch and help save an orca is truly an experience that we will never forget. We definitely felt like we had earnt our beers that day. 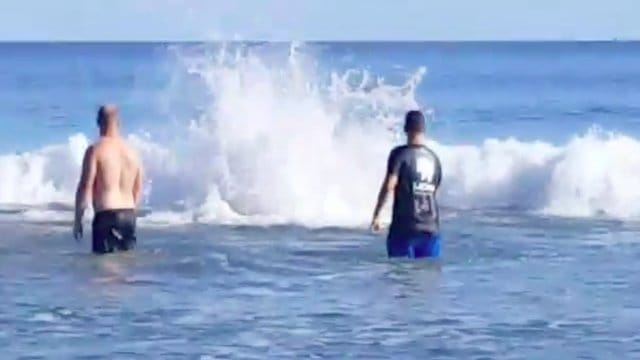 Orcas, or killer whales, are considered as threatened or even endangered in some parts of the world as they are found in every ocean. You can help research and protect these beautiful animals by donating to WWF.