When the RSPCA first received a call to rescue a tiny dog who had been found in a bar, they assumed it would be similar to the many other dog rescue calls they respond to on a daily basis. However, it soon became clear this wasn't the case. As soon as inspector Lauren Bailey saw little Emmie, though, she knew she was a little different. 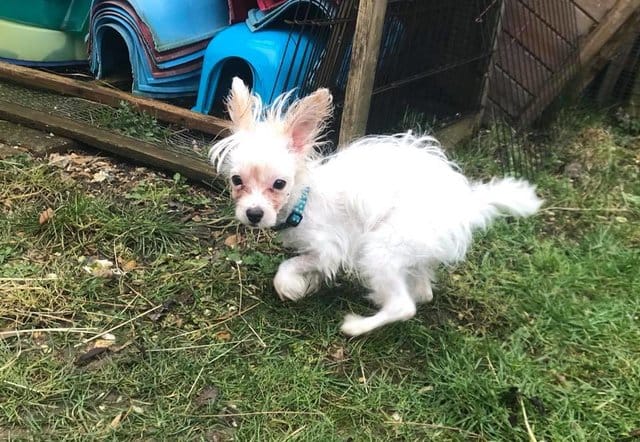 What comes easy to most dogs is definitely more of a struggle for five month old Emmie who finds it very difficult to walk, among other things thanks to her malformed front legs and twisted spine. They suspect that Chihuahua-Yorkie mix is most likely the result of bad breeding where "teacup dogs" have become the latest trend to take over the dog world. These breeders ignore the fact that trying to breed dogs to be that small can often lead to major long-term issues such as the ones Emmie suffers from. 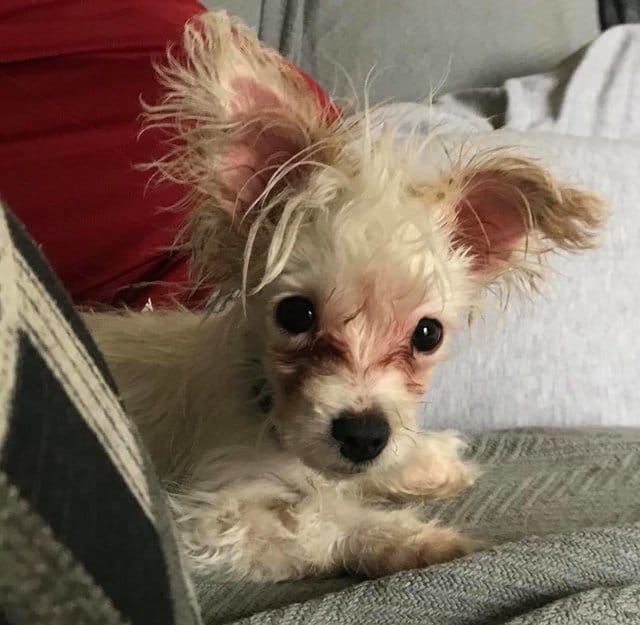 Lisa Hens, a dog welfare expert with the RSPCA, said in a press release:

Deformities can also be the result of bad nutrition and a poor start in life, with the mum and pups not getting what they needed during the most important first weeks and months of the pup's life, leading to poor development.

Employees at the RSPCA were concerned due to Emmie's deformities, it would be difficult for her to find a loving home. However, as soon as one of the animal collection officers found out about her, she immediately knew she had to help her.

After losing one of her dogs, Kate Wright and her remaining dog Sapphire were struggling to come to terms with the loss. When she heard about Emmie, she knew she was the perfect pup to fill the dog shaped hole in her life. 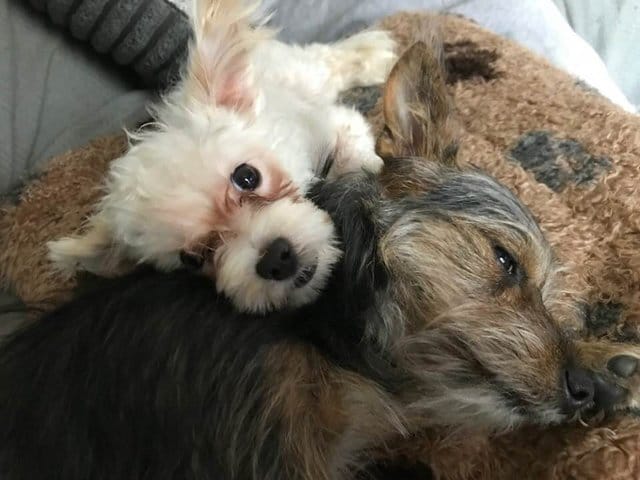 Wright and her family began fostering Emmie and set about trying to help her overcome her challenges brought on by her disability. Despite her issues and her rough start to life, Emmie is the sweetest, most cheerful little dog, and immediately brought so much joy into the lives of her new foster family.

It seemed Emmie returned the favor, doing wonders for them as well as her. Wright said:

I cannot believe how happy and loving this little girl is when she has been so badly treated and let down by humans. She was so skinny and really weak when she arrived here. But she’s a little fighter and has a smashing little character. She’s really made herself at home and loves Saff and my other new foster, Ruby.

Now Emmie has found her forever home, she will never go hungry again and despite her deformities, has a life filled with nothing but love and happiness ahead of her.