A poor little kitten was badly hurt, lying on a windowsill in Baltimore, Maryland, in August when she was found, reports The Dodo. Her ears had been burned off and the pads of her paws were seared too. 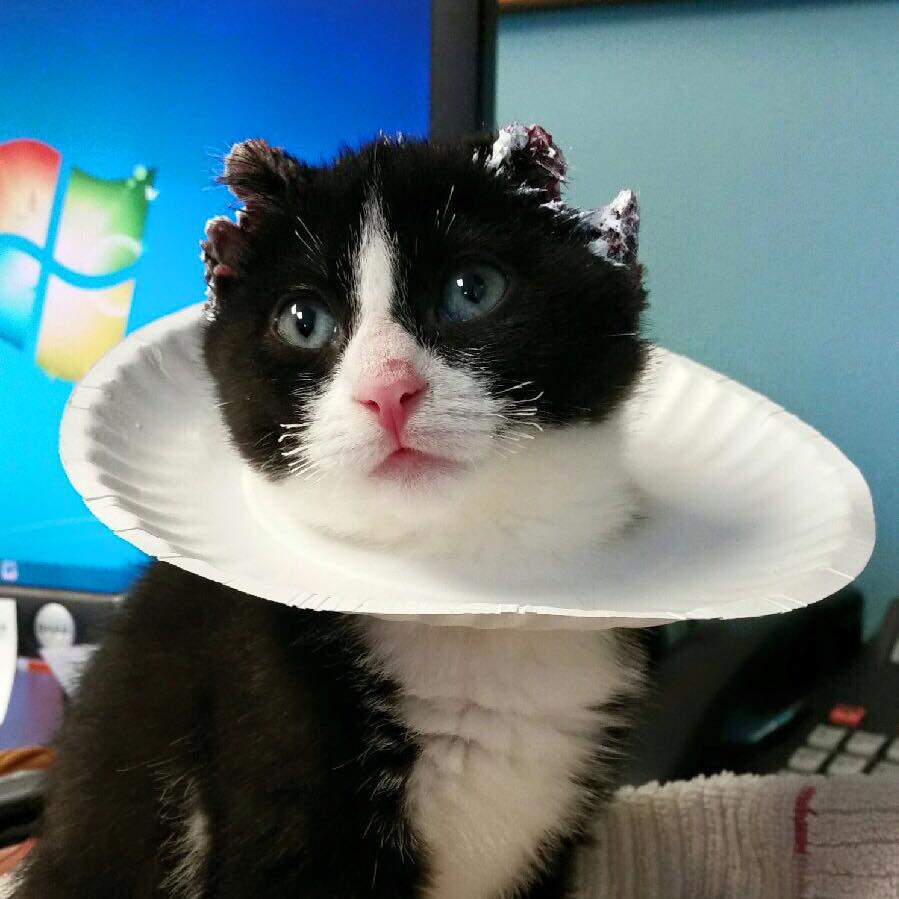 She was taken to BARCS, the city shelter, where vets examined her and concluded that someone must have inflicted these injuries. 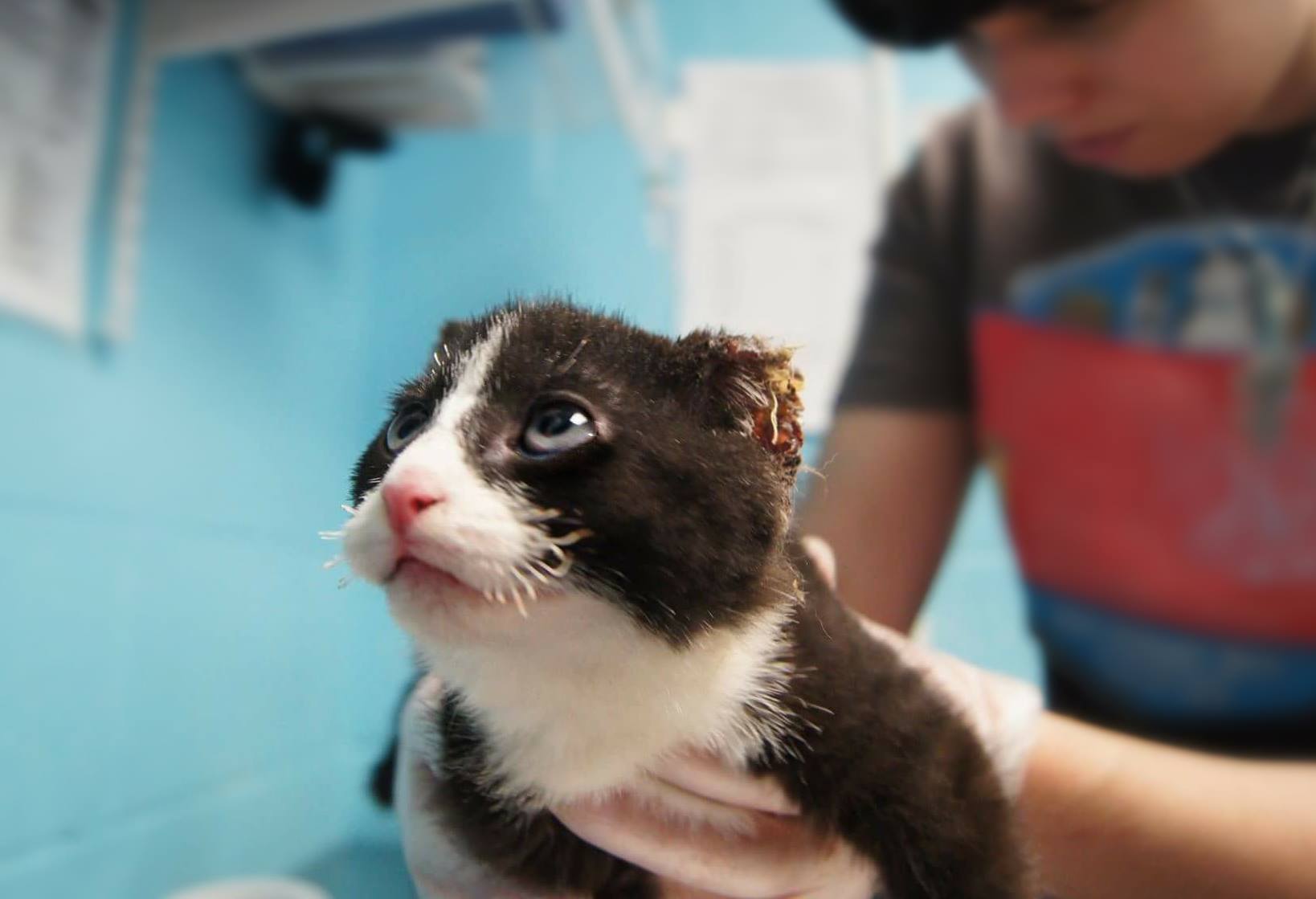 Police are looking for the person responsible.

Duckie, as the kitten was baptised, went home with the director of operations at BARCS, Lisa Morabito, to be taken care of until she could be put up for adoption. This is where she has experienced love and warmth, contrary to her past encounters with humans. Morabito told The Dodo:

She loves to be held like a baby and have her belly scratched. Which is good because that's the biggest area not burned so she can be scratched without any pain. 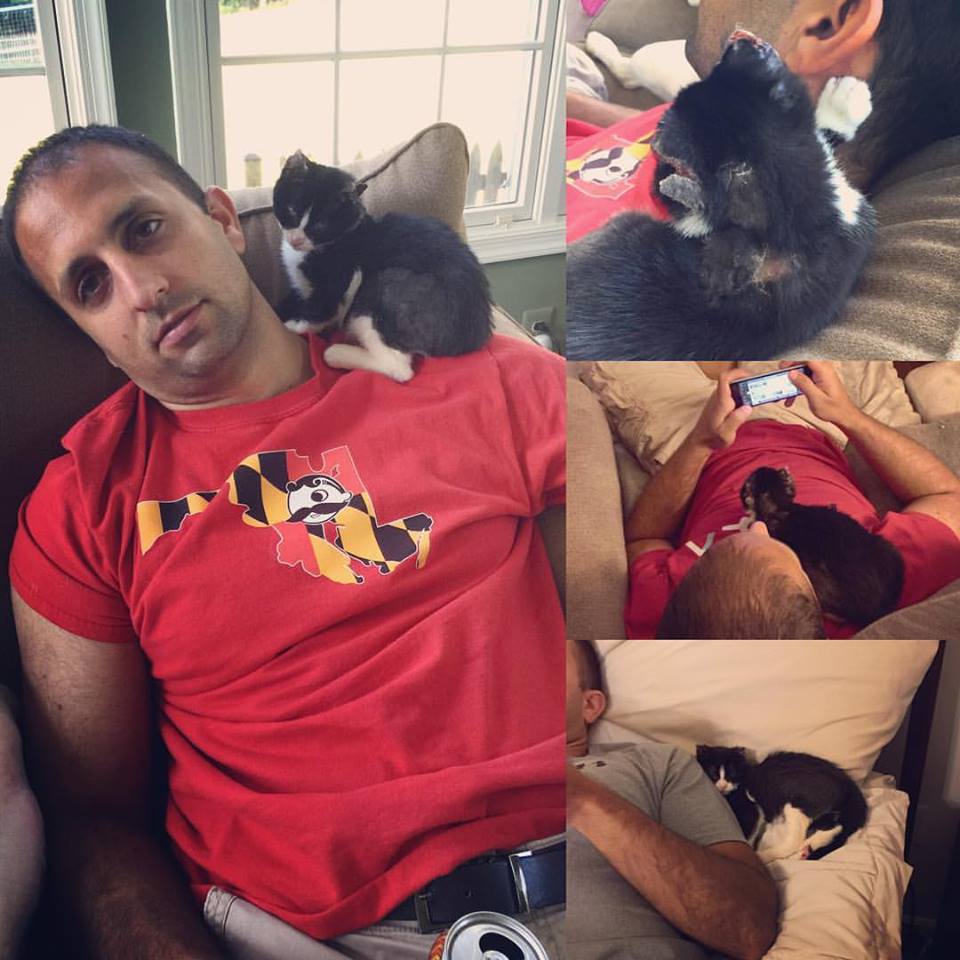 Morabito has been taking care of Duckie for about a month, where she gets her wounds treated daily and is growing very fast. She's also become very close with Morabito's 4-month-old daughter, Ava. The mom continued: 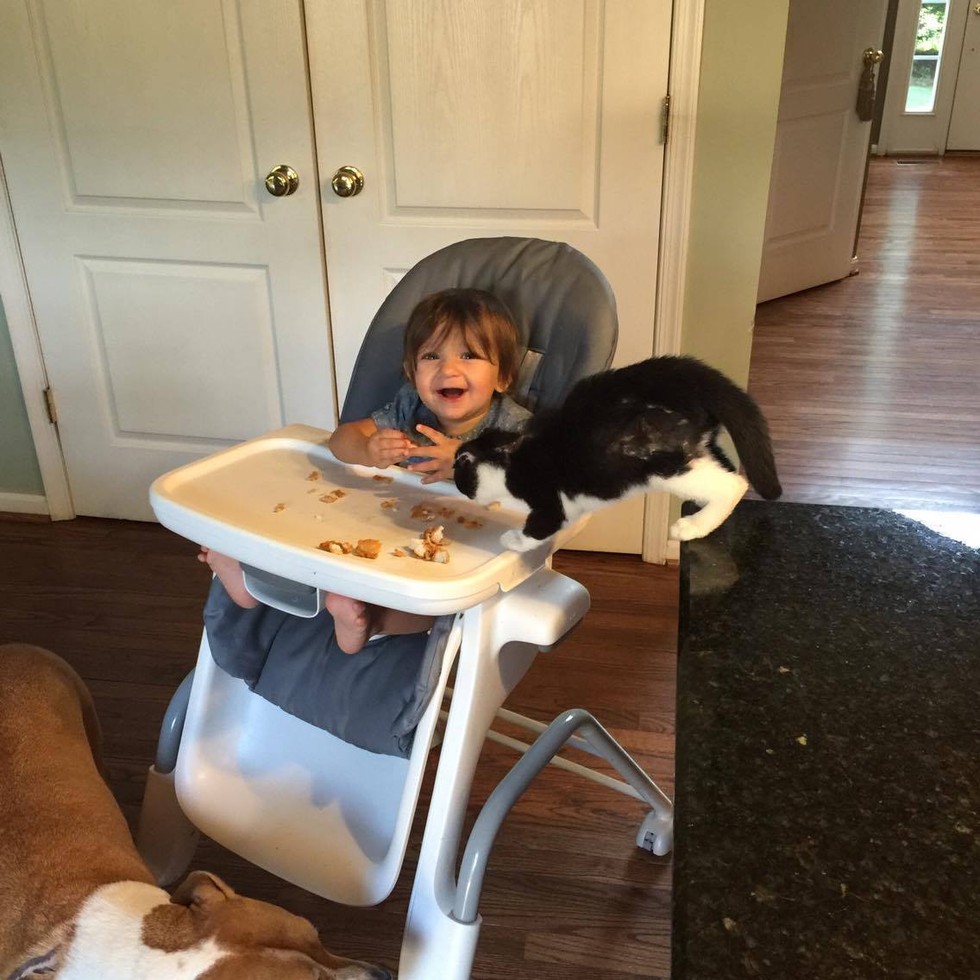 The kitty loves attention and cuddles and it's difficult to think that someone had wanted to cause her harm. If you have any information regarding the cruel act, contact the Balitmore police to get justice for Duckie and stop this person hurting other animals. 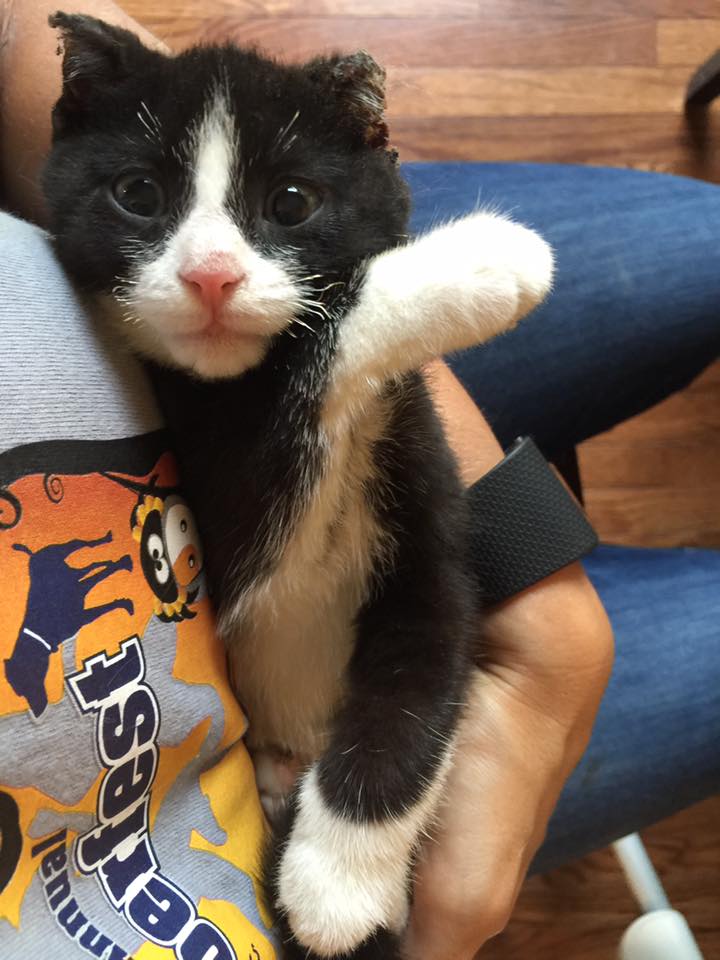 Luckily for this black and white fur ball, she has a loving home waiting for her – she will be adopted in a couple of weeks! She is the perfect example of how animals show us unconditional love, even after experiencing terrible cruelty from other humans. Morabito said:

Duckie has no fear of people, she runs right up to new people and purrs so loudly. 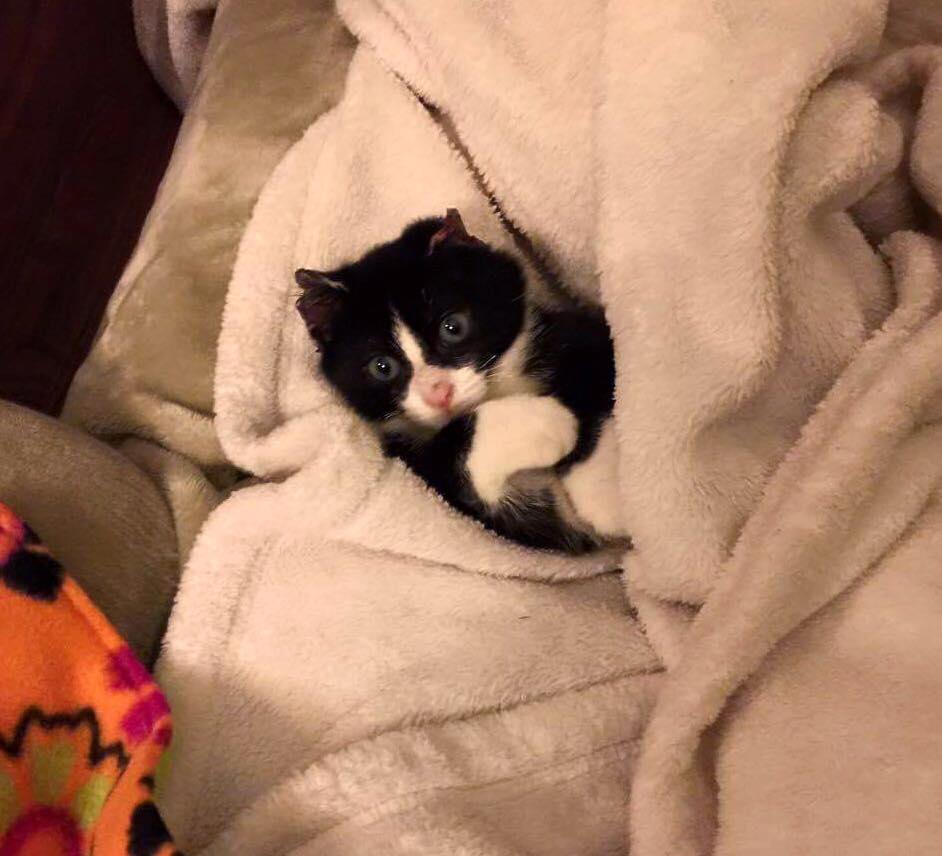