Six elephants have been found dead iin Deegawapi, Sri Lanka, at a landfill site. The rubbish which had been left out in the open had attracted lots of hungry animals. 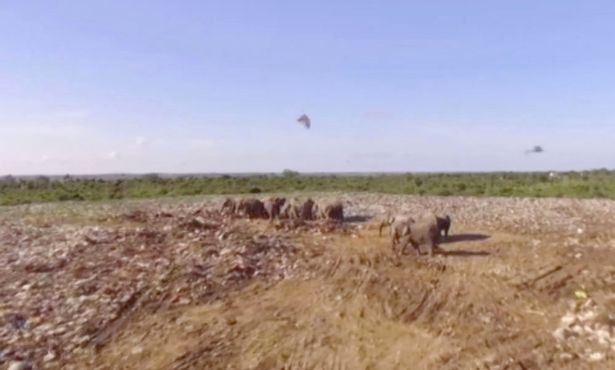 Unfortunately, the ingestion of toxic waste resulted in the death of several animals. Photos taken of the site by drones shown the scale of the problem. 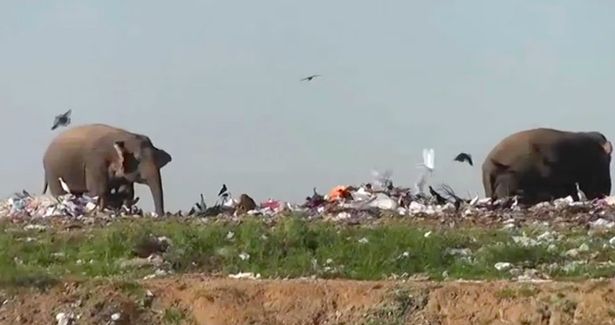 In the pictures, a group of elephants can be seen rummaging through the rubbish, accompanied by stray dogs. Wasantha Chandrapala, a Sri Lankan journalist, explained:

It makes you feel so awful to see animals eating toxic plastic waste. It causes serious health problems for animals, which fall ill as a result. Some even die. 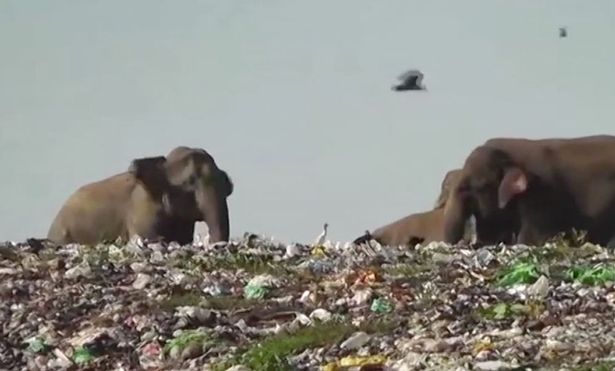 An autopsy carried out on the dead elephants confirmed the presence of polythene in their stomachs. The authorities have said they are trying to stop animals from getting into the landfill site, with little success. Currently, there are no barriers surrounding the dump. The local government is planning to build an enclosure around it.