Kevin, an adorable Pit bull, was found abandoned in the state of New York a year and a half ago. The poor dog was in a bad shape and was taken in by the association Paws Across Oswego County (PAOC), where he has been living since, reports The Dodo. 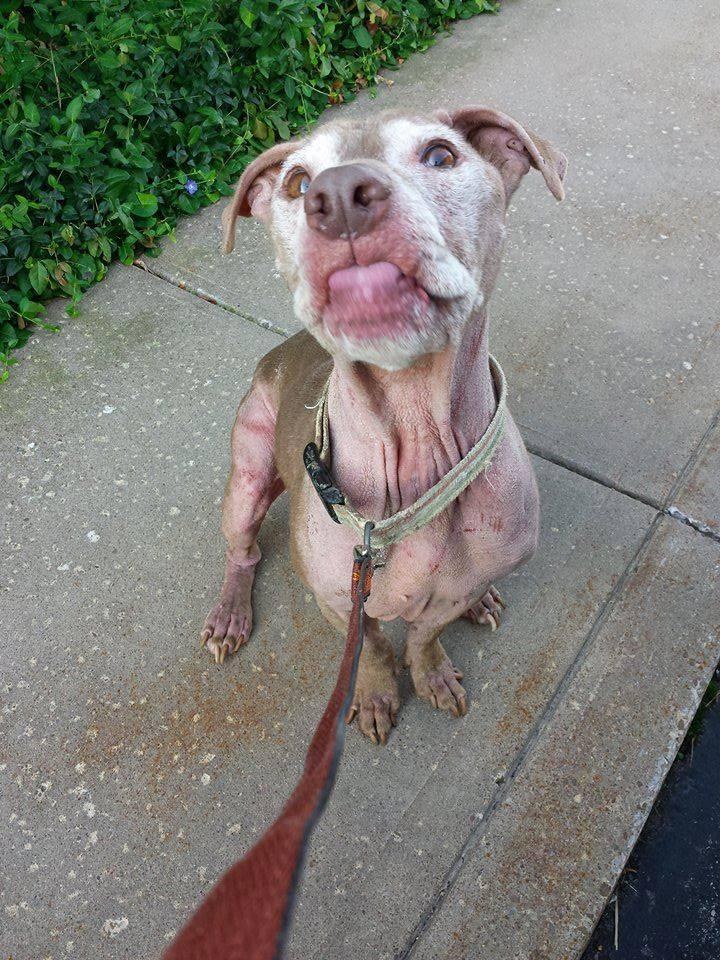 It seems that Kevin's life has not been an easy one. Marjorie Wentworth, in charge of the association's communication, said:

Kevin was very thin and lacking most of his fur. His tail had part of it missing and it had healed up but was broken and bent. PAOC picked him up from the vet a few days later and began his healing process with many small meals a day, medicated baths and high quality foods. 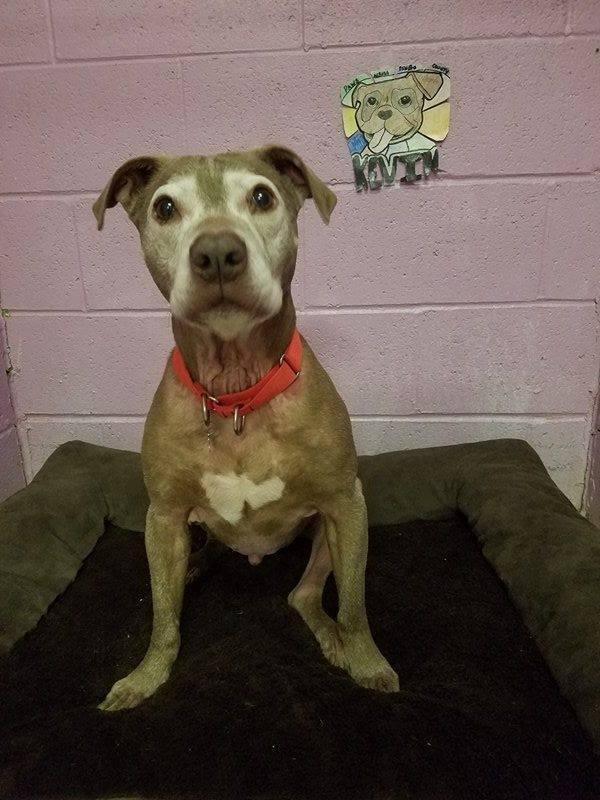 The volunteers at PAOC fell for the pup's adorable charm and tried everything in their power to find him a happy home. Sadly, because of his disease and his difficulty in engaging with other dogs, his adoption options were limited.

He also had to be treated for a urinary tract infection, and after a more thorough examination, other problems were revealed. The shelter volunteers knew Kevin did not have long left to live as his health issues were too serious, and instead decided to make the rest of his time on Earth the best moments of his life. 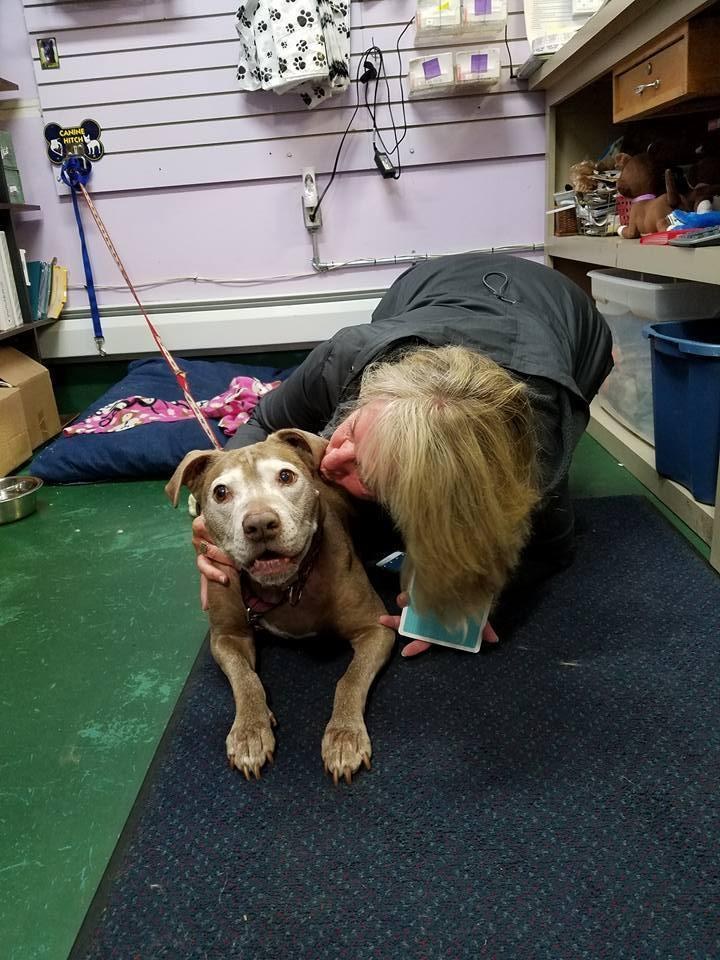 One of the shelter workers contacted the mayor of Oswego, William Barlow, to organise a meeting with the sweet dog. He immediately accepted, and even went a step further to pay tribute to Kevin by giving him his very own fire hydrant. 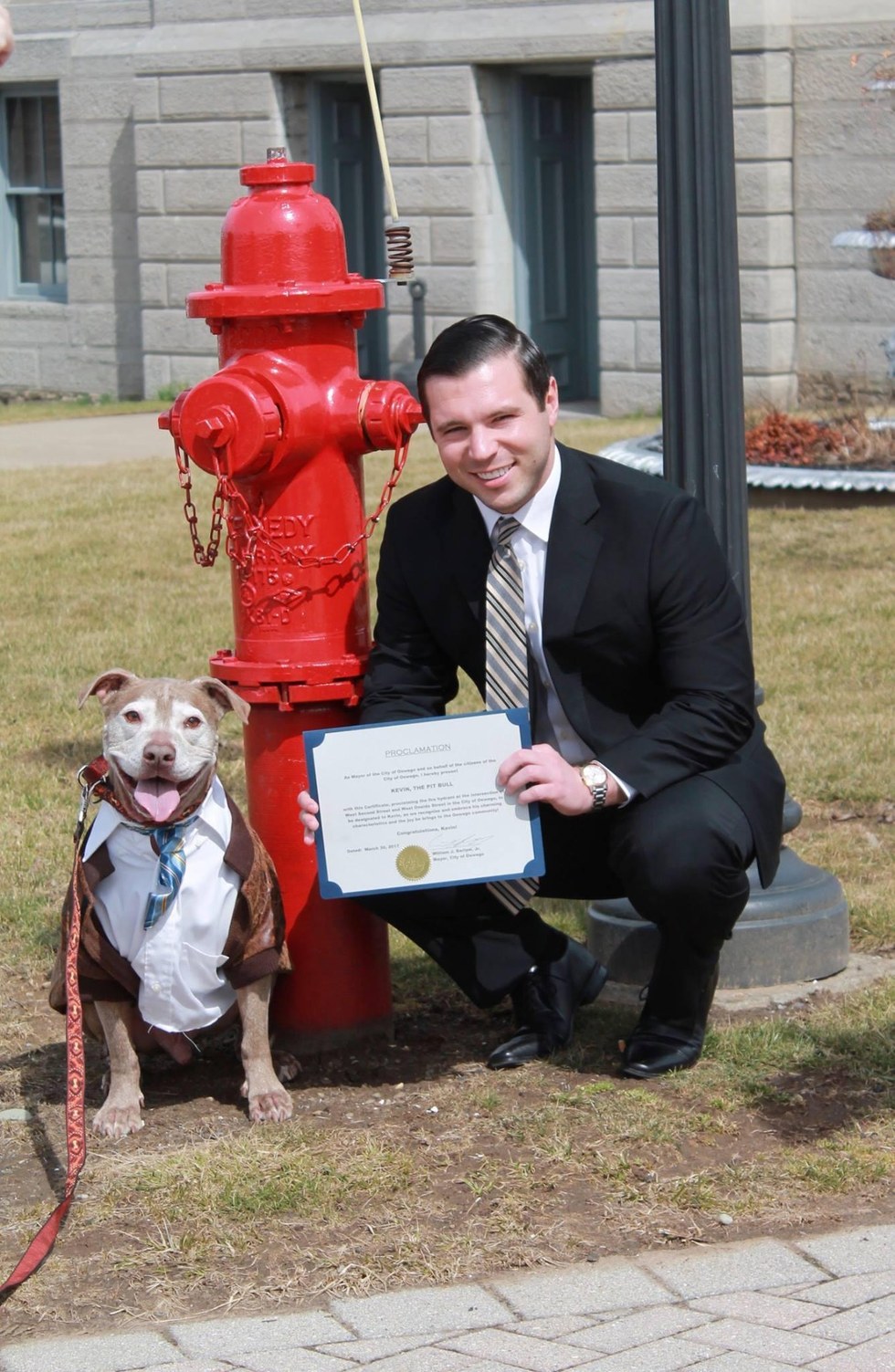 The Pit bull, dressed in handsome clothes, met the mayor and enjoyed the official ceremony in which he was given his gift along with a certificate of proclamation.

The shelter is still looking for more fun activities for Kevin so that his last days can be full of love and joy. A local dog treat company even started making cookies in the shape of fire hydrants with Kevin's face on the packaging.

Doctors are not sure exactly how long this pup has left, but all his friends in the community are helping him forget his tragic past so that he can end on a high note.