In May, Mongkol Plus noticed a macaque who had been hit by an arrow in the face near Bangkok, Thailand. Miraculously, he was still alive, but the shaft was still deeply embedded in his skull, between his eyes. 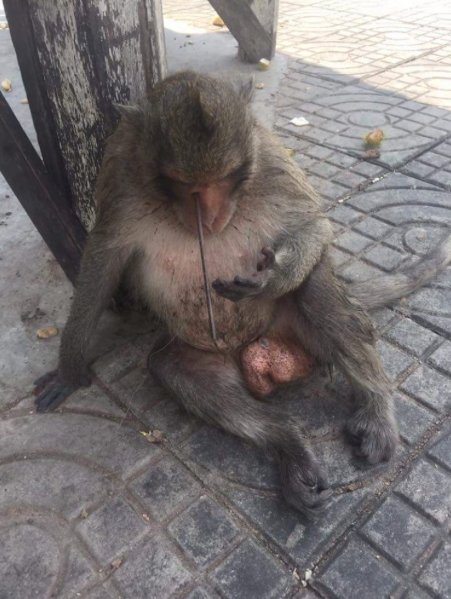 Wanting to help, the young woman only succeeded in making him flee, and the poor animal jumped into the water. But she waited patiently, and was finally able to obtain his trust.

After naming the primate Rocket, she brought him to a veterinary clinic. Tom Taylor, assistant director for the organization, Wildlife Friends Foundation Thailand (WFFT), who helped save Rocket, explained to The Dodo.

He obviously did not know he was being rescued. The arrow went through his skull almost hitting his brain and his vertebral column. It could have killed him instantly. 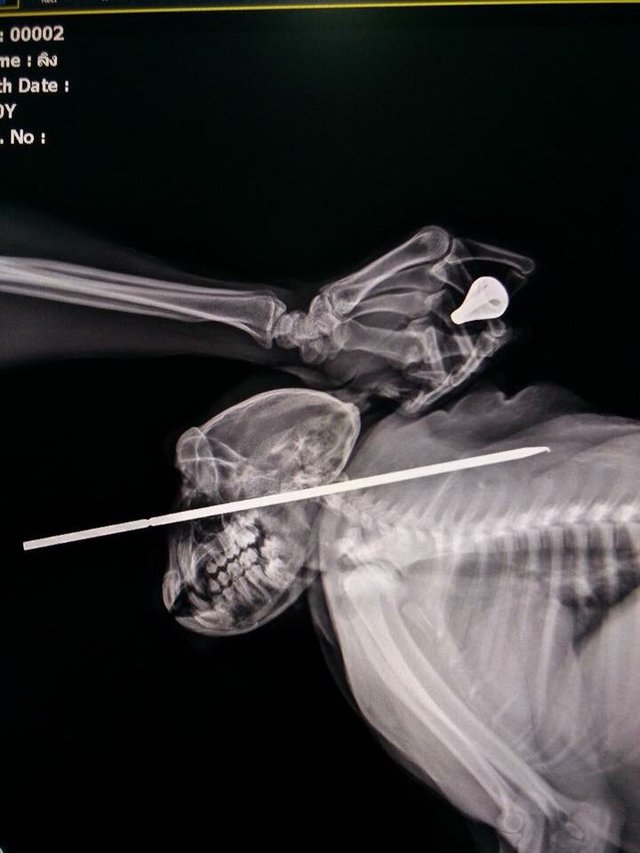 Thankfully, the medical team was able to stabilize Rocket's condition and remove the arrow, after a risky operation. Sadly, while this macaque was extremely lucky, so many others of his species aren't. Many of these primates are targets of violence by locals in Thailand. Tom explained:

Urban macaques often come onto conflicts with humans [and] are regularly persecuted as pests. In this case, the male [Rocket] has been shot in the face with an arrow; this may have been because someone wanted to seek vengeance for him damaging their property or it may have been by someone who wanted to use the animal as a target while out sport hunting. 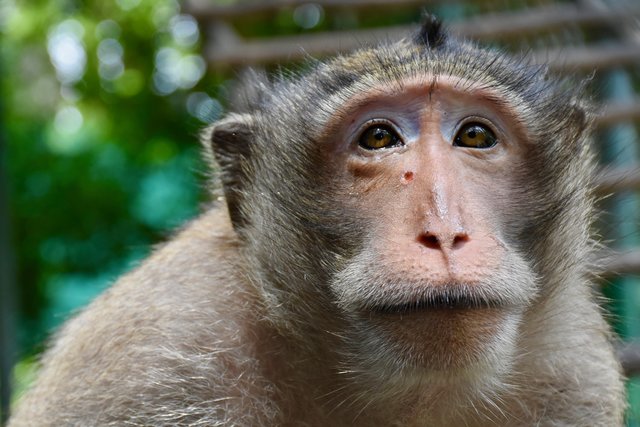 For the moment, Rocket is recovering from his difficult ordeal at the center run by WFFT, and will probably be released back to his natural habitat in a few weeks. Luckily, he will only have a few physical scars:

He is a very sweet, big boy, but is currently a little lost with his new surroundings. He is eating well and will have little or no long-term problems from his terrible ordeal. 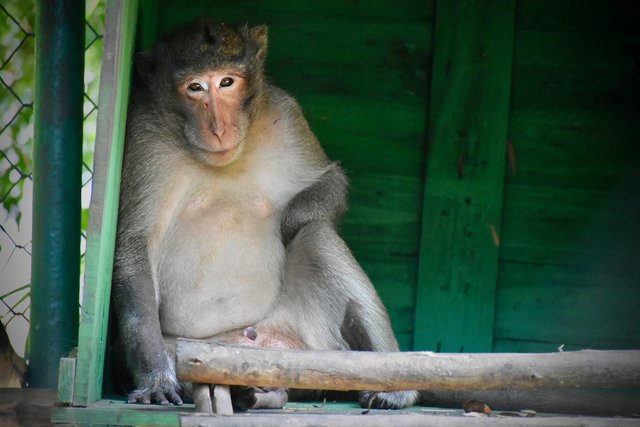 To help support the Wildlife Friends Foundation Thailand and help them continue the exceptional work they do every day, you can make a donation by clicking here.