At the end of June, photos of an emaciated bear started to circulate on Weibo, a Chinese social media site. The animal, trapped in a tiny enclosure in the Xinxiang People's Park,  a zoo in Henan province in the center of China, looked like she was at death's door. 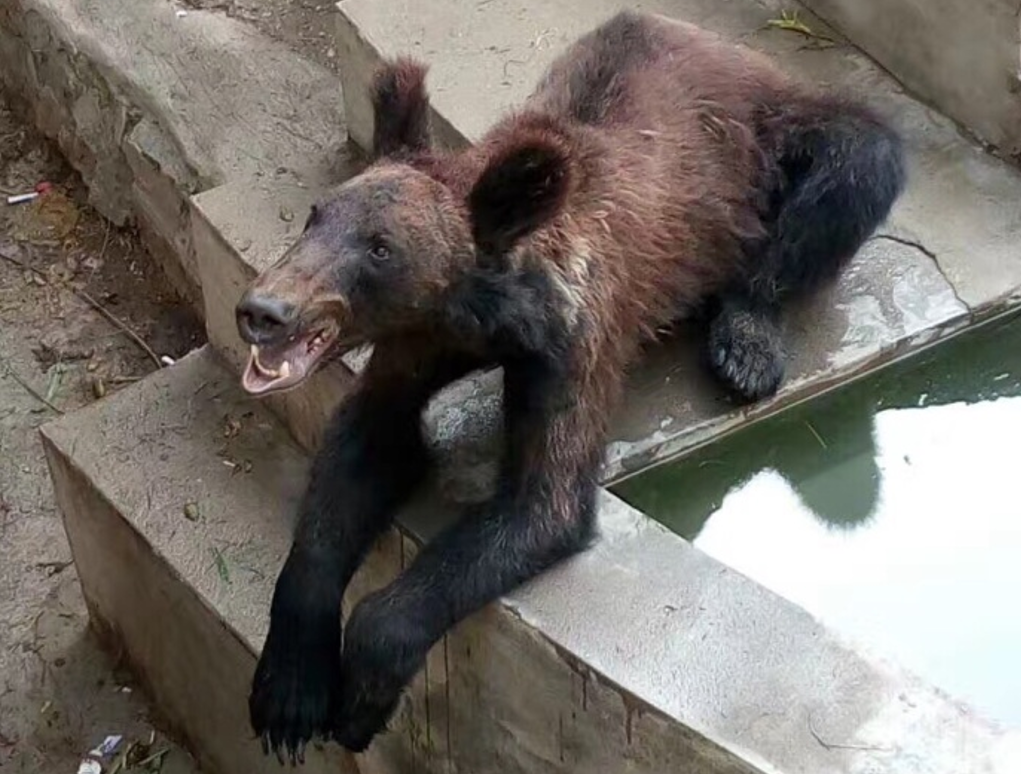 One of the zoo's visitors, who shared photos he had taken, was outraged by the bear's treatment:

A bear in the Henan province Xinxiang People’s Park zoo – it’s skin and bones, looks so sad, was it abused? Or hungry? Should we be showing kids bears like this? Is there anyone who can save them?

The park directors quickly sought to justify themselves on social media:

The brown bear is just over one year old – it is going through a phase when its skeleton is growing rapidly, it won’t retain fat like fully-grown bears do. Besides, it is shedding season – the bears will shed their thick fur to help them get through the hot summer, therefore they will look thin. 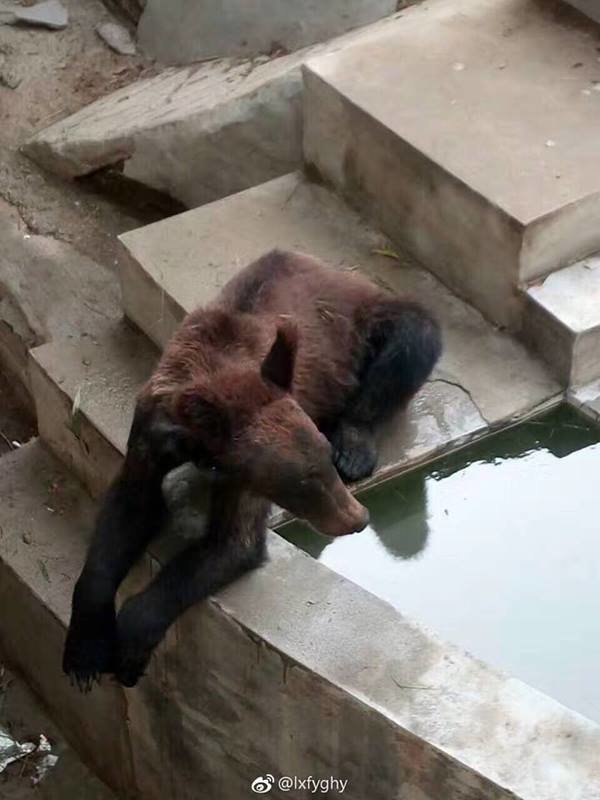 While the zoo tried to minimize the damage, animal rights groups challenged their explanations. As Peter Li, a Chinese specialist for Humane Society International, explains on the Hong Kong Free Press website:

Several problems could be the contributing factors: deprivation of foods in terms of the right amount or the right kind. Health problems could be another one. Xinxiang People’s Park has long been exposed for its total lack of expertise and welfare awareness for the animals… Displaying abused animals is sending a wrong message to the visitors that we humans can do anything to nonhuman animals. 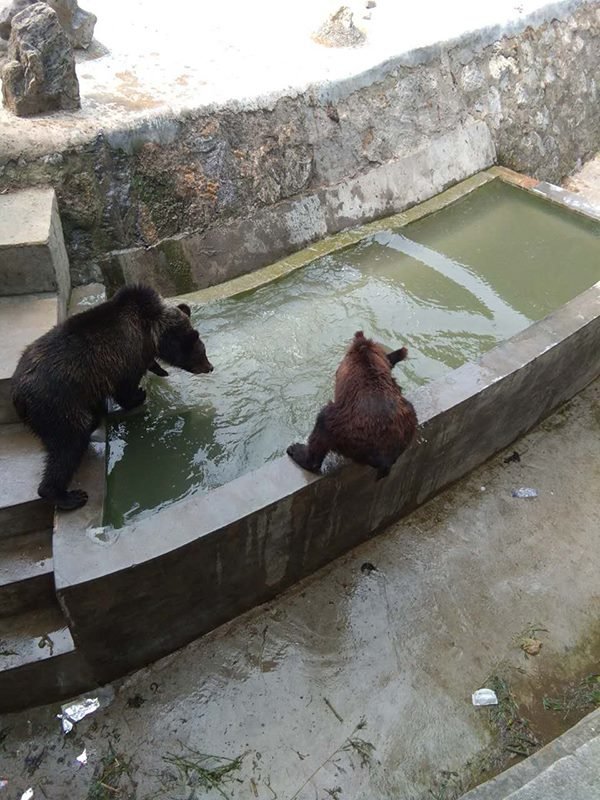 The bear, along with another, was recently transferred from another zoo, which could explain why it looks so malnourished. However, many have criticized the zoo's decision to welcome the two when they lack the space and the means to care for them.

To find out more about what you can do, visit PETA's campaign to shut down zoos or check out which centers have been accredited on the Association of Zoos and Aquariums' Website.