(Attention. Certain images are difficult to look at).

An investigation recently carried out by PETA Asia just revealed the horror behind the mohair industry in South Africa. Dragged along the ground, thrown around, mutilated and often slaughtered alive, the goats bred for their hair are victims of extreme violence in many farms across the country.

Ever since these revelations came to the surface, many fashion brands have shown their indignation and removed any items containing mohair from their shelves. 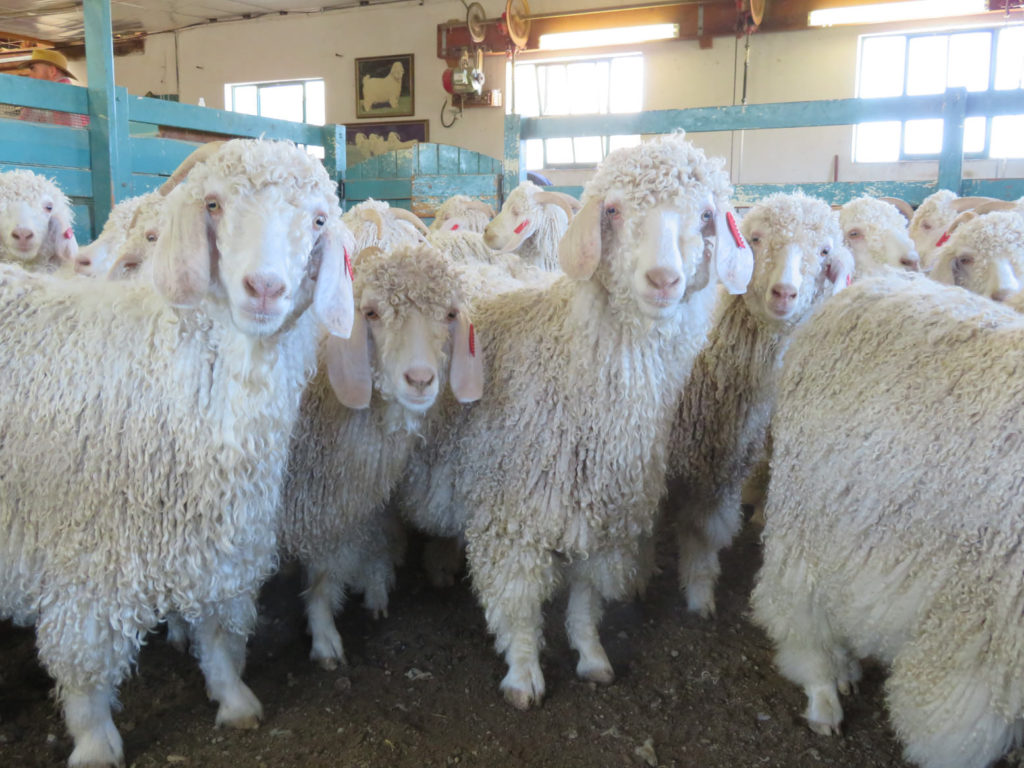 Shearing is a painful operation and is carried out twice a year. The images in this video clearly demonstrate the abuse that the Angora goats must undergo just so their soft undercoat can be used for the sake of fashion.

Dragged along the ground by their feet, horns or even their tail, these animals are handled with such violence that their suffering just becomes systematic. The investigation, which was carried out over 12 Angora goat farms in the country, shows terrorized animals, being carelessly thrown on to the ground or across the room. 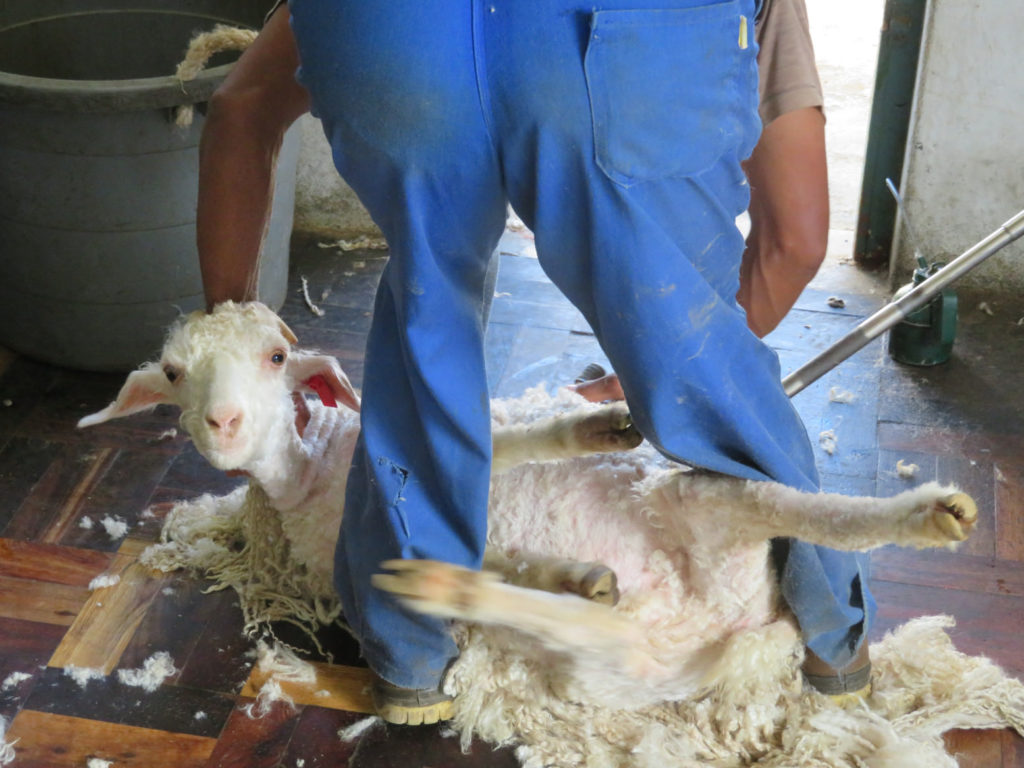 In the video, a breeder can be seen sitting on a goat who is trying to escape being sheared. Their screams of pain echo around the farm where the animals are just awaiting their turn to be tortured. The baby goats sheared for the first time writhe in pain, helpless in the face of the executioners who seem to be immune to their screams.

The rams and the goats are often covered in each other's excrements with there being no sign of basic care. They are simply immersed in disinfecting solutions, their head being pushed to the bottom of the water. When interviewed, one of the farmers admitted that this practice often leads to poisoning.

The reason the shearing conditions are so extreme is mostly due to the fact that the farmers are paid in correspondence with how many goats they shear. It's the perfect incentive; the more they shear, the more they're paid. 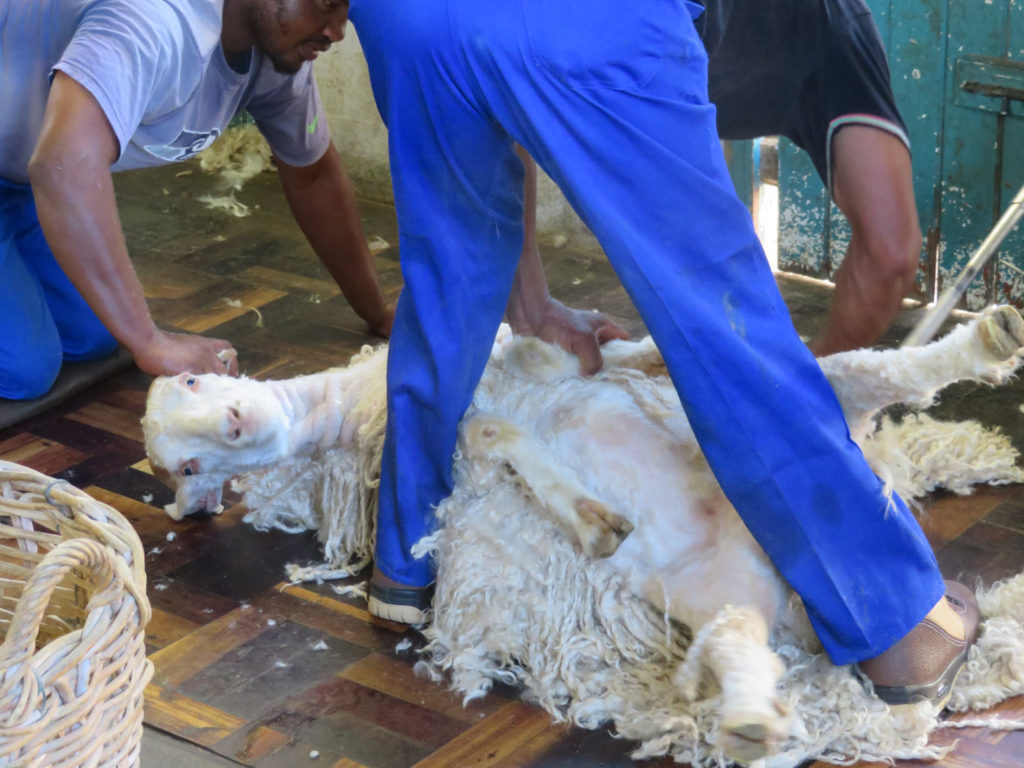 It is therefore difficult to implement animal care policies or specifications to respect goats and rams. Shearers, concerned about their income, become totally insensitive to their fate, which explains these barbaric practices.

They "scream in pain and writhe on the ground"

The goat's suffering can also be seen at other levels. Their ears are marked with tattooing pliers that cause intense pain, all without anesthesia. 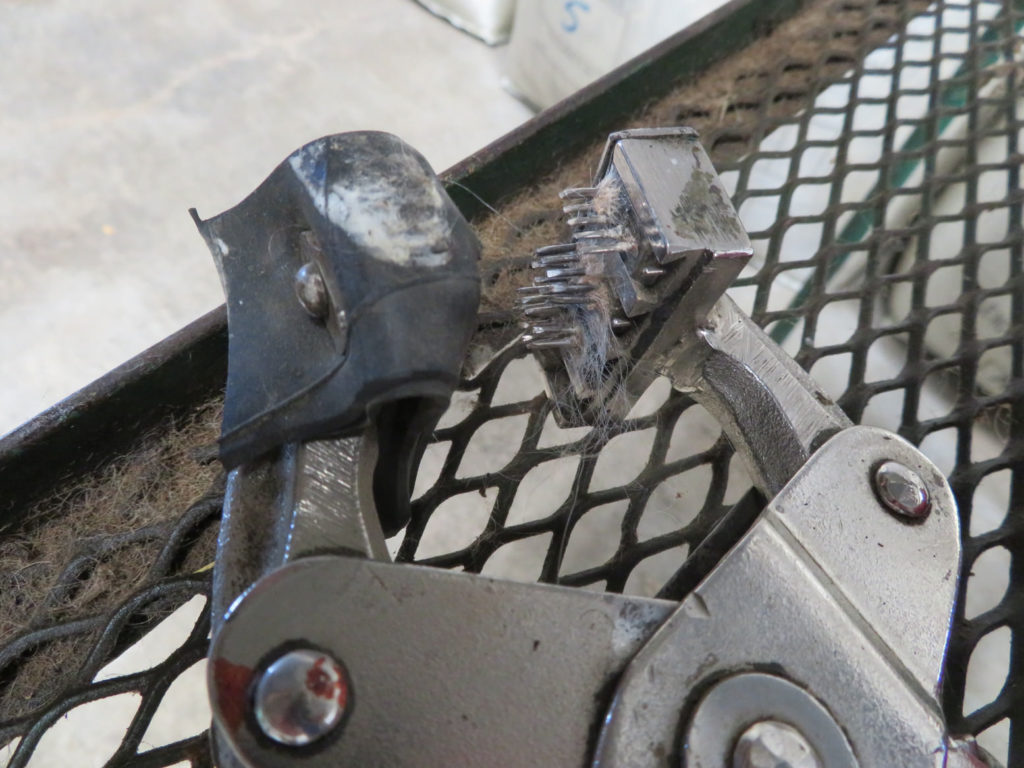 A farmer has even admitted that they "simply cut" the goat's ears if they appear to be cancerous.

Another said he participated in a thoracic operation, using a blunt knife to cut the skin and remove an abscess from the body of a goat.

The investigation carried out by PETA Asia also revealed some seriously shocking statistics. A quarter of goats die before their first shearing, which usually takes place at 6 months. This is all due to the awful conditions in which they must live.

Moreover, a huge number of goats die very soon after their first shearing as the process removes them of their natural insulation. The animals are then exposed to harsh winds and extreme cold, and generally have no place to shelter. 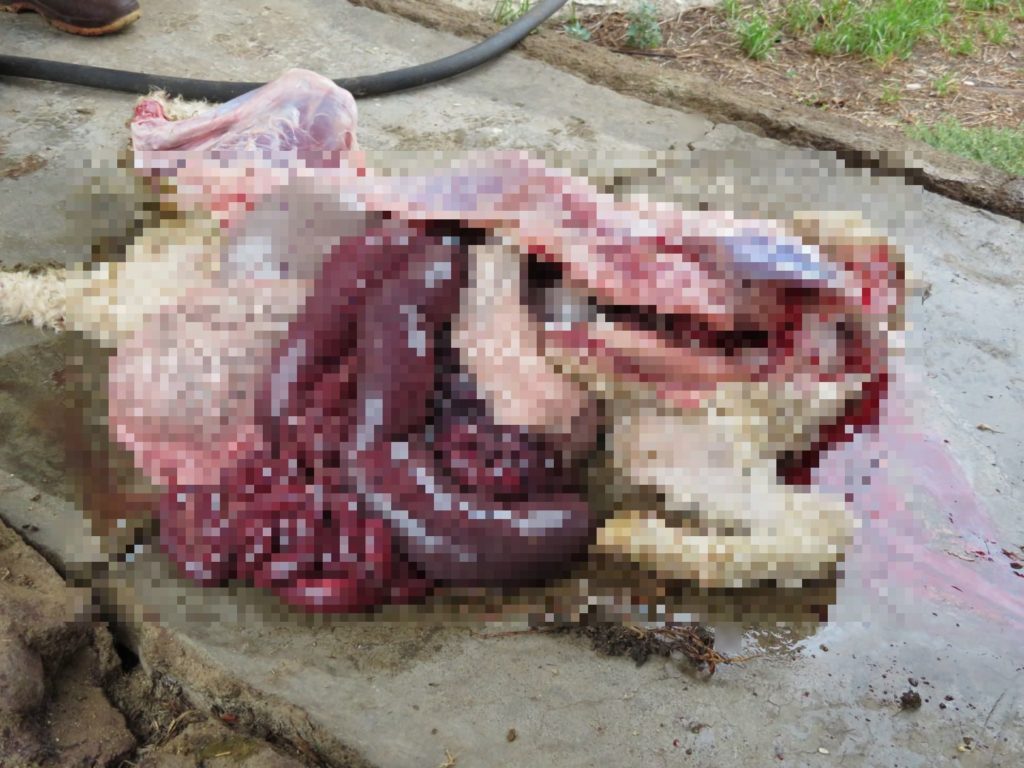 The remains of a goat killed while still being conscious – Source: PETA France

A farmer even revealed that once, over the space of one weekend, 40,000 goats died due to extreme bad weather.

Those who survive are exploited for 5 to 6 years, before being resold to be roughly slaughtered in backyards or slaughterhouses where employees do not hesitate to administer violent electric shocks to them to slaughter or disembowel them alive.

Ever since these revelations came to light, huge brands in the industry such as Arcadia Group (Topshop, gap), H&M, and even Inditex (Zara), have stopped using mohair in their clothes. This decision is effective immediately. 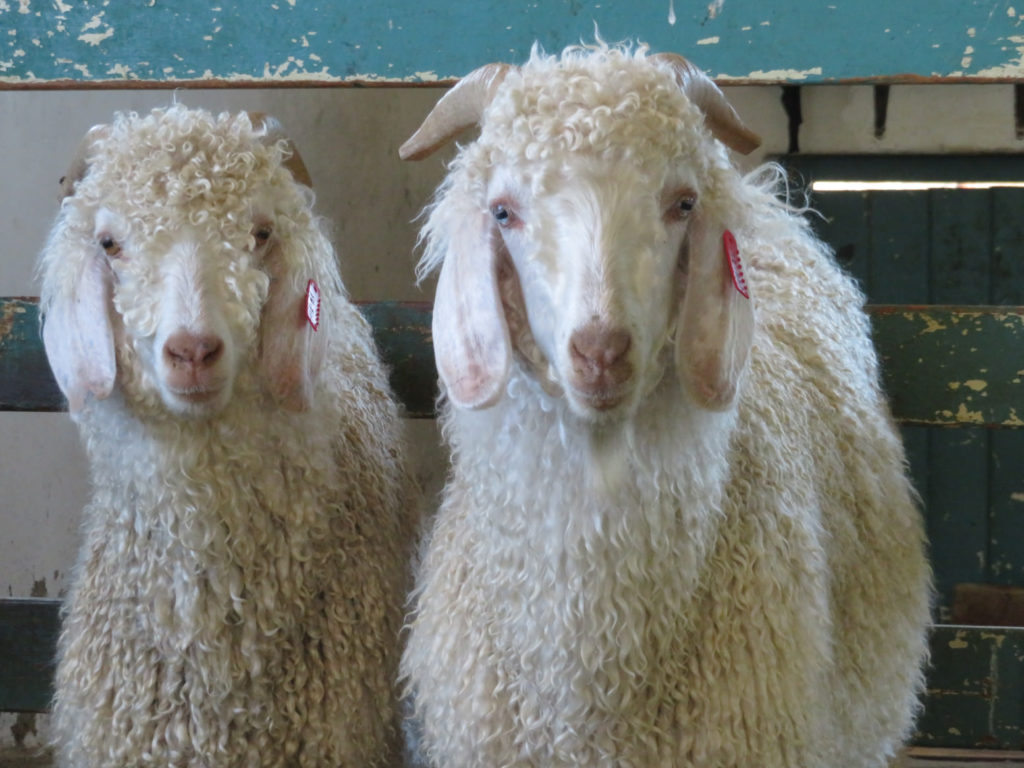 You too can decide to boycott this industry of shame by taking care to check the labels of the clothes you are thinking of buying. If you see "mohair" written on the label, PETA invites you to leave the item of clothing, or even boycott the brand itself.

The video of the investigation by PETA Asia: