Tourists were forced to intervene to save the life of a zookeeper after she was attacked by a tiger at Kaliningrad Zoo in Russia.

The 16-year-old Siberian Tiger, named Typhoon, turned on the keeper who was delivering food into his enclosure on Sunday November 5. A gate, which is supposed to keep the big cat away from staff members when they go in to put down food or clean, was left open. 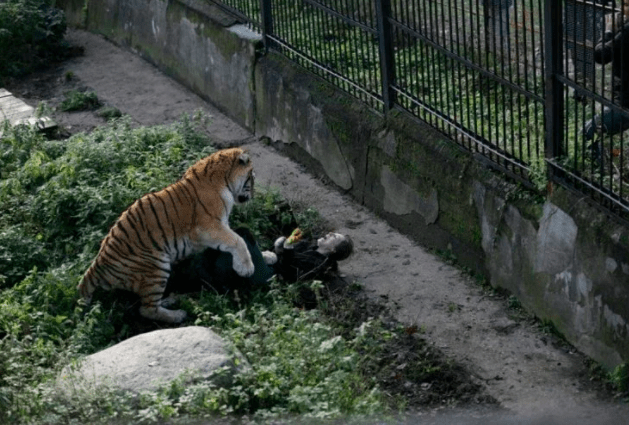 He managed to knock over the unnamed zookeeper and pin her down as she tried to fight him off. No other keepers were around the enclosure at the time of the attack, forcing horrified visitors to throw objects, including cafe chairs and rocks, into it to distract the tiger or scare him away from the woman.

A spokesperson for the zoo said in a statement:

The animal entered the enclosure when the keeper was there. The tiger attacked the human. Visitors with their shouting, stones and other improvisation managed to distract the animal. This allowed the zoo employee to hide in a back room. 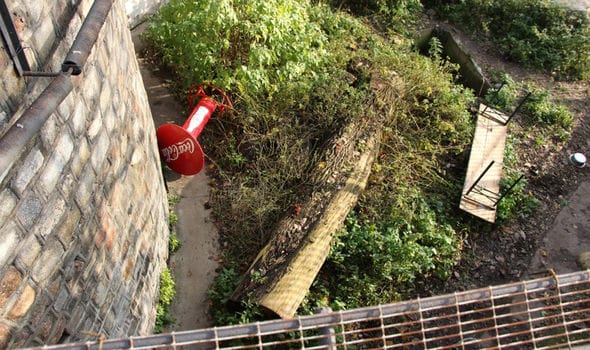 Zoo officials arrived to dart Typhoon and the keeper was taken to hospital, where she is in a critical but stable condition. "No measures will be taken against him. The predator is not being blamed for its attack on the keeper," the spokesperson added. “This animal acted in full accordance with its instinct. It was not aggression. It was the defense of its territory."

Siberian Tigers are endangered, the world's largest big cats and live alone in the wild aside from when they mate and raise cubs. They are very territorial and aggressively protect the large areas they live in in their natural habitat. 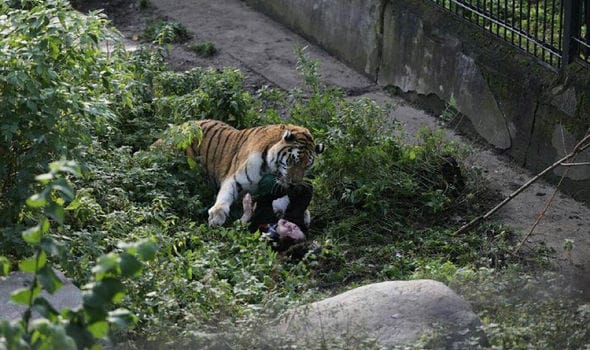 When they live in captivity, they require large amounts of space and a lot of enrichment – things which many zoos can't give them. Although Typhoon was born in captivity and has reportedly never shown aggression towards anyone, this does not mean that he – or any tiger – can have their natural instincts crushed out of them.

Plenty of tigers raised as 'pets' have severely injured or killed their 'owners', despite being raised by them from a cub. It is not a question of environment, but instinct.

While many sanctuaries understand this and keep their contact with these rare, beautiful cats to an absolute minimum when they can't be released back into the wild, other 'attractions' only see tigers as a way to make profit and do not care for them well, insisting that they are tame, and treating them as large domestic cats rather than the dangerous predators they are. 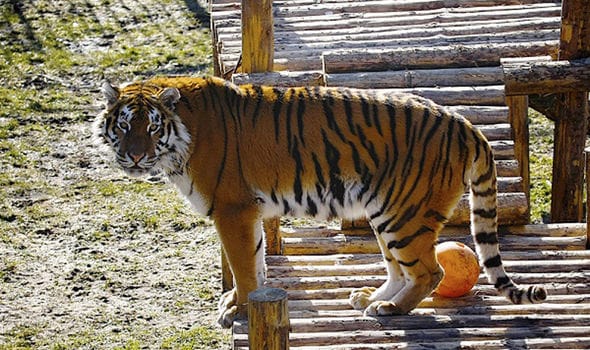 If a zoo or attraction is breeding tigers (outside of accredited zoos participating in the Species Survival Plan (SSP)), have white tigers that are not rescues, or let visitors touch the tigers for any reason (e.g. photo opportunities), they probably don't have the tigers' best interests at heart.

Tigers are not here for the entertainment of humans. We should be striving to get them back where they belong, in the wild, rather than forcing them to live their lives in tiny cages.

To help protect wild tigers, you can donate to associations such as WWF, where you can adopt a tiger. You can also donate to sanctuaries, such as Big Cat Rescue, who rescue big cats from zoos and pet situations.