Heartbreaking footage shows this 3-year-old Pitbull being abandoned at the side of a road in Kansas City, Missouri, US. Luckily for him, he was adopted within 30 minutes of being at the rescue shelter that found him. 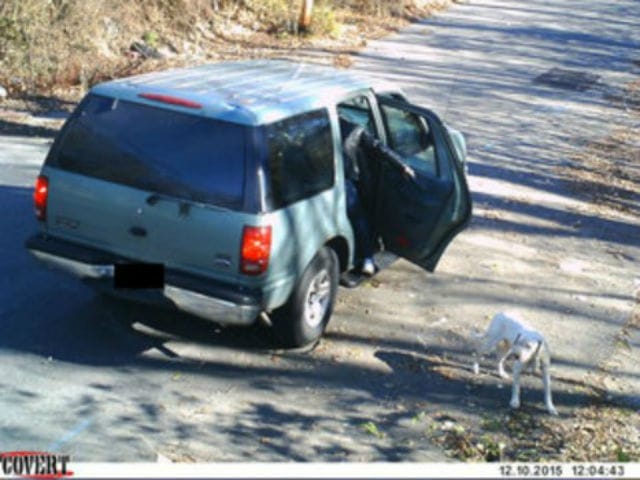 A hidden camera was in place at an illegal dumping ground… for rubbish, not for dogs. Thankfully, Alan Ashurst, city codes enforcement inspector in Kansas City, caught footage of a man driving a green SUV and then kicking his dog out the back. Enraged, he alerted the authorities who managed to find the 3-year-old Pitbull mix, named Mojave, after 8 days alone on the streets. 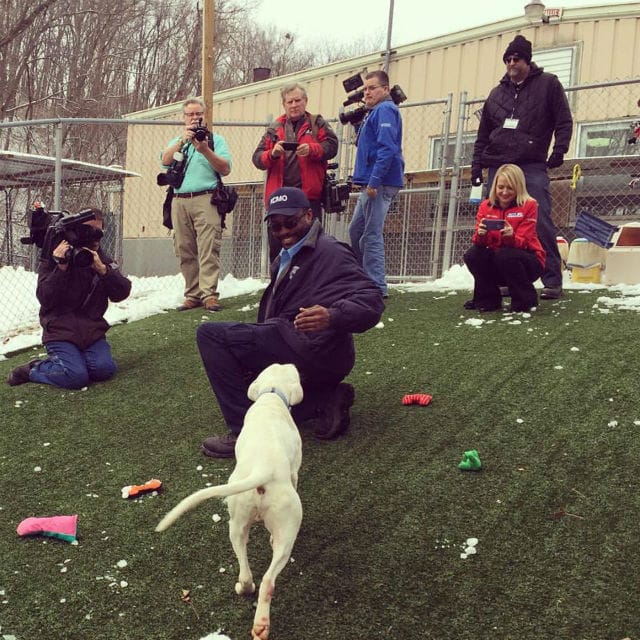 Mojave had been wandering around near the spot where he was abandoned all that time, patiently waiting for his human to return. He was cold and hungry, but after a visit to the vet, he was determined fit and healthy and put up for adoption.

Well, he wasn't in the shelter for long! Not even 30 minutes had passed, and this lovely couple came in to the shelter and adopted him straight away! A happy ending for this gorgeous Pittie, after all.

Wow, that was quick! Mojave wasn't at our Zona Rosa location 30 minutes before this fun couple came in, met him, and…

Investigators traced the car’s license plate to Mojave’s previous owner, William Frank Lee, 44, a Kansas City resident. Lee is being charged with four animal-related charges, including animal abandonment, not having a proper pet license, allowing an animal to run at large, and neglecting to have a Pit Bull breed neutered.