When this female dog was found abandoned in the countryside in Sardania, Italy, last January, her rescuers couldn't believe their eyes.

The poor animal's face was completely swollen and deformed. When they looked closer, they realised that an extremely tight nylon collar had been tied around her neck for some time. 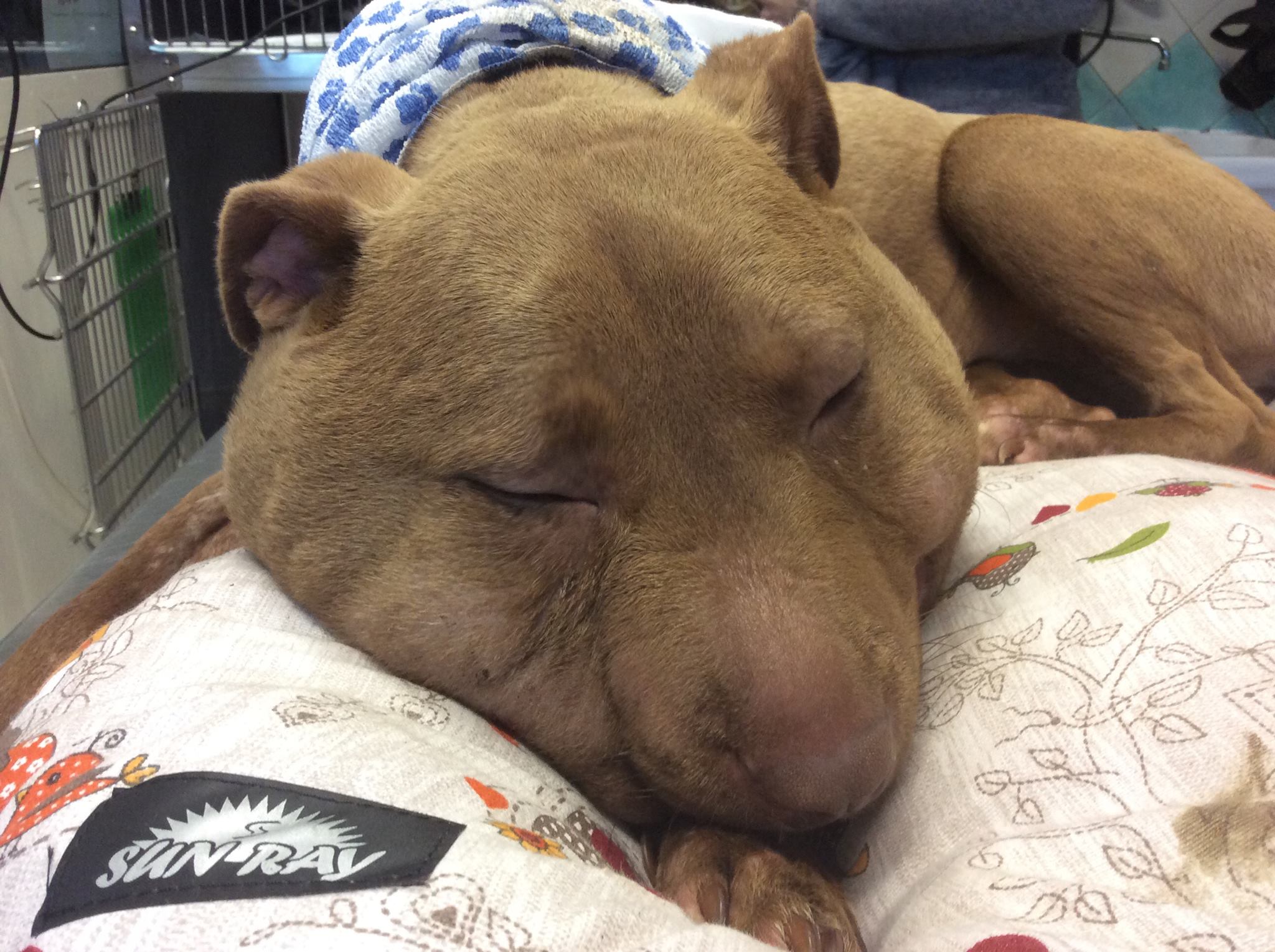 They immediately took her to the Duemari veterinary clinic where the vets had to perform emergency surgery to extract the collar which was slowly killing her. 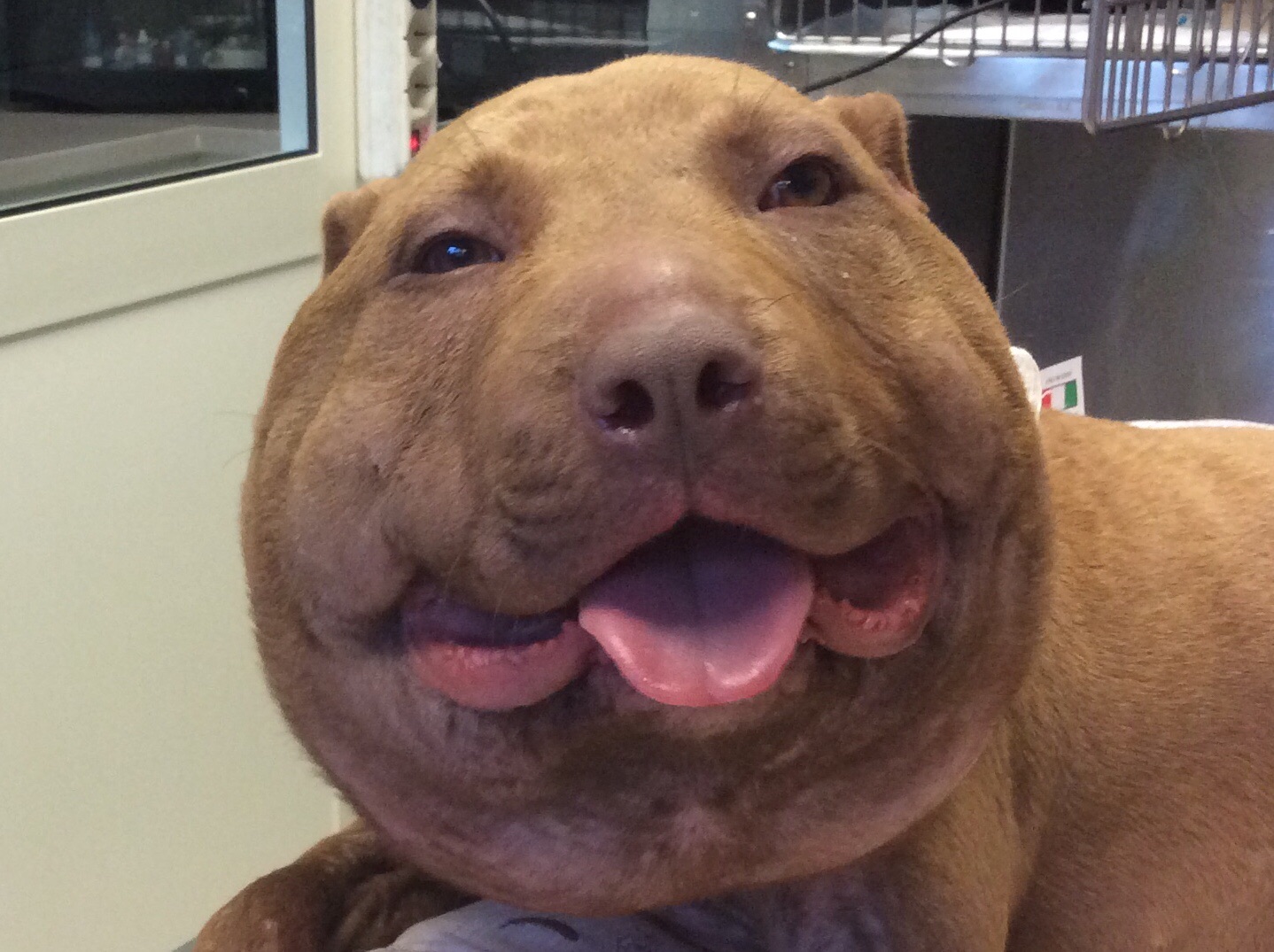 Thankfully, the operation was a success. But when they took the collar off, the dog had large open wounds from where it had cut through her neck and throat.

No one knows how the animal got into such a state. But Dr. Monica Pais, who helped save the dog, suggested that she had probably been wearing the collar since she was a puppy, and no one had ever changed it.

So as she grew up, probably abandoned on the streets at a young age, the collar blocked off all circulation to her head causing it to swell up to an enormous size. 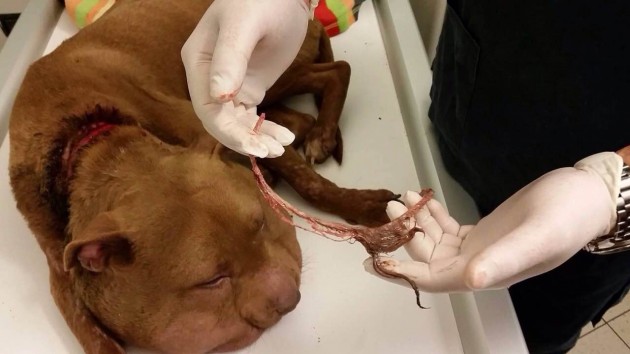 But thanks to her rescuers and the team of vets who looked after her, "Palla", as they named her, is no longer suffering and managed to escape what would have been a slow and agonising death.

Whilst her physical scars are starting to heal, it will definitely take her some time to regain her trust in humans. 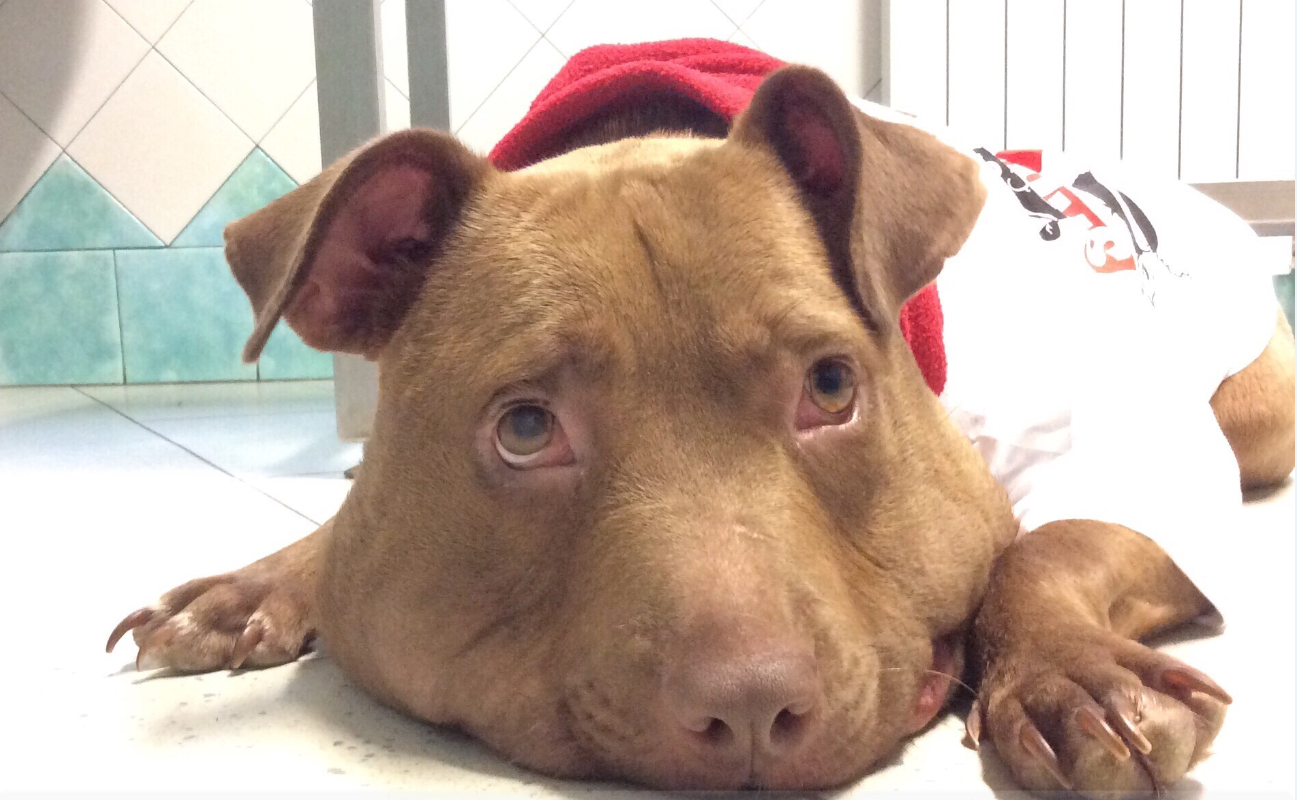 In an interview with a local news site, Dr. Pais explained:

She is stil terrified of the outside world but she's managing to gain a bit of confidence in more intimate environments.Whatever happens, all of us here at the Duemari vet clinic will be her second home forever. 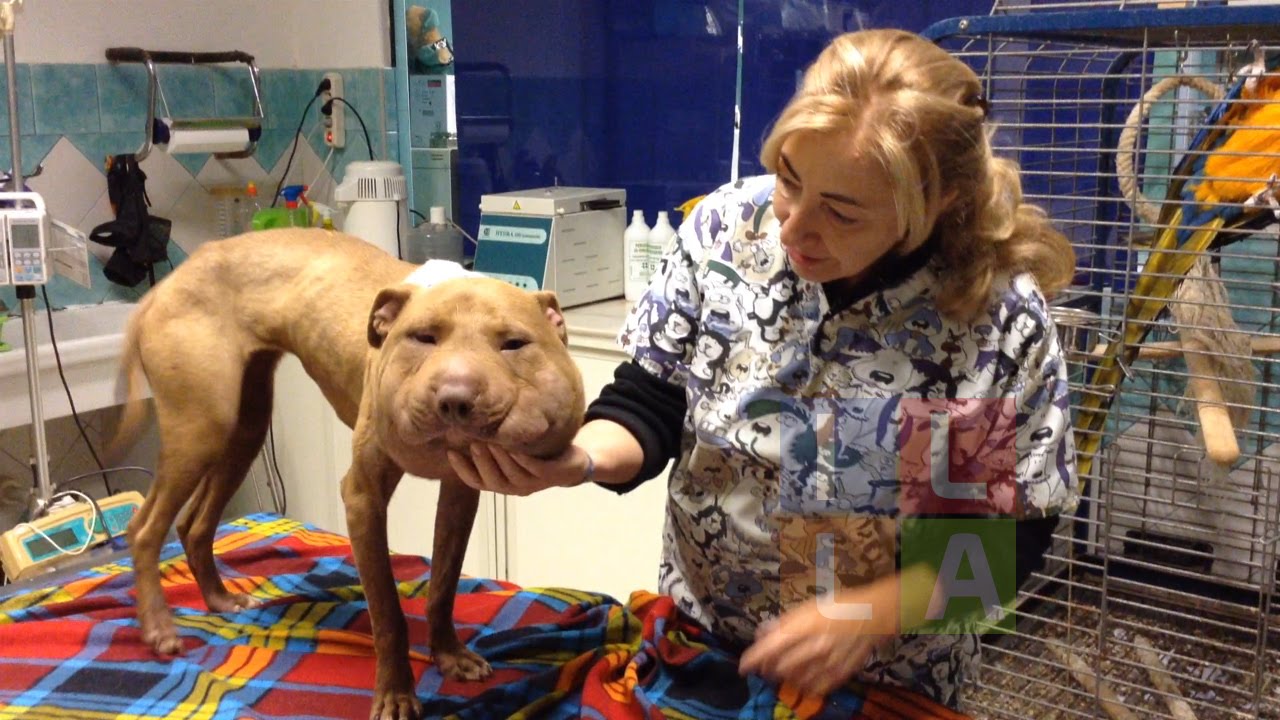 Indeed, Palla is slowly on the road to recovery. On March 8, a video posted on Dr. Pais' Facebook showed the dog popping her head out of the clinic briefly after some encouragement. 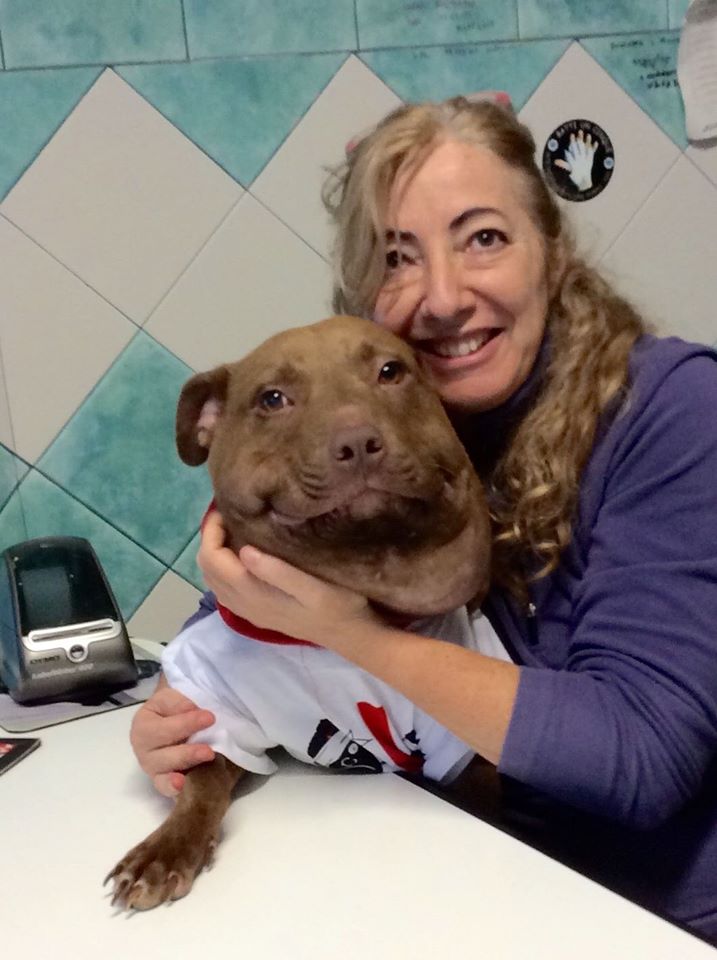 And since then, she has been getting happier everyday… 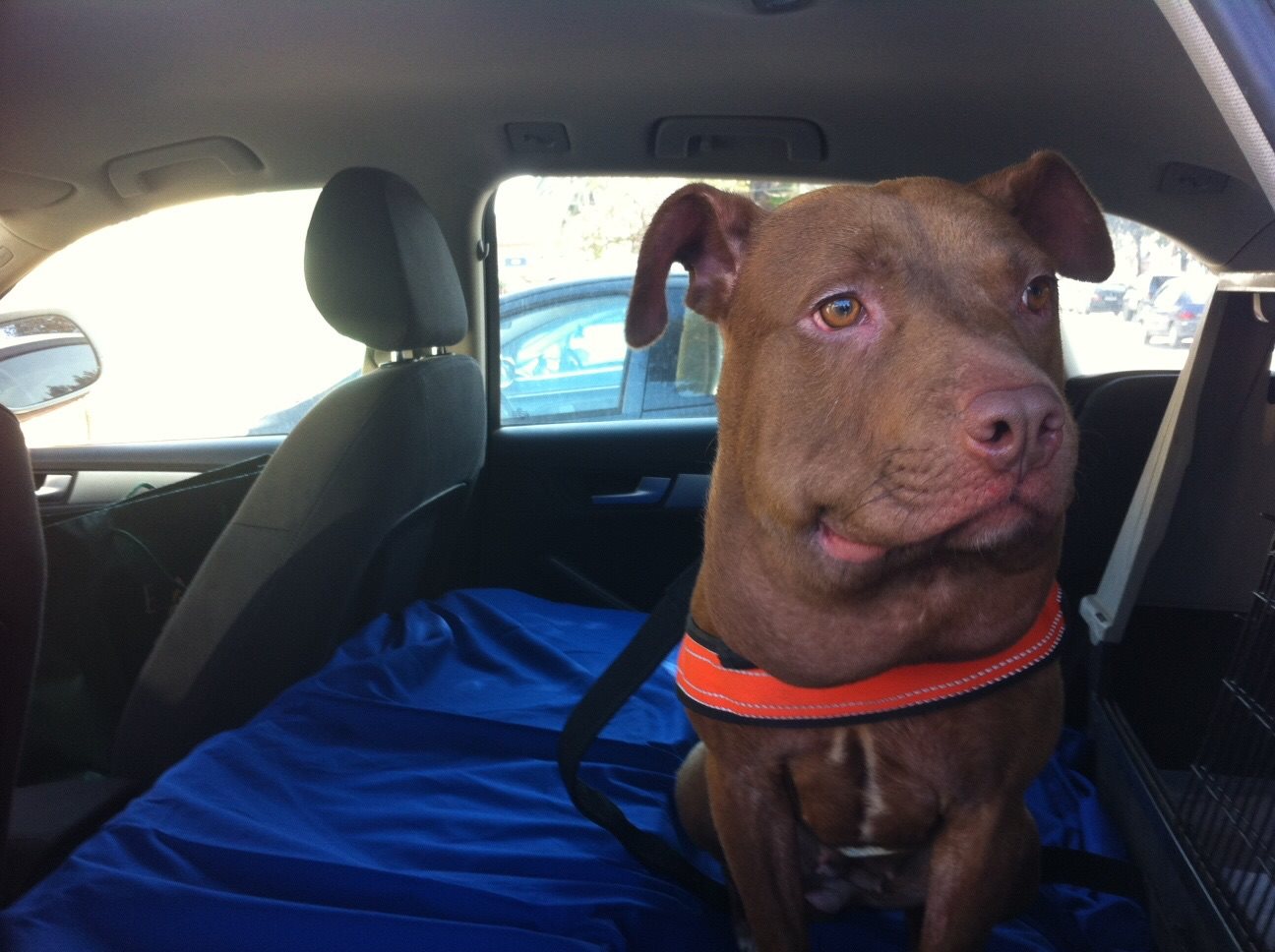 Palla's story went viral across Italy, with internet users shocked by the cruelty she faced.

Grateful to the vet clinic for all their medical and emotional support, a fundraising campaign was launched to help with the expensive medical fees. The veterinary team received over 5,000 messages of support!

Last week, the clinic announced they are creating an association in Palla's name with the donations they received. The association will be for abandoned animals in need of medical care and support.

Our aim is to have an "emergency" base for the "wounded" where we take abused animals into our care. We want to guarantee a full recovery process for them, from medical help right through to adoption, which these abandoned animals clearly deserve.

If you'd like to make a donation to help support this project, then please click here. To keep up to date with Palla and her recovery, then you can follow the clinic on Facebook.