When vets found a black female Pit Bull called Roxy roaming the streets of Los Angeles, they immediately noticed that she was an extremely fearful dog, reports The Dodo. 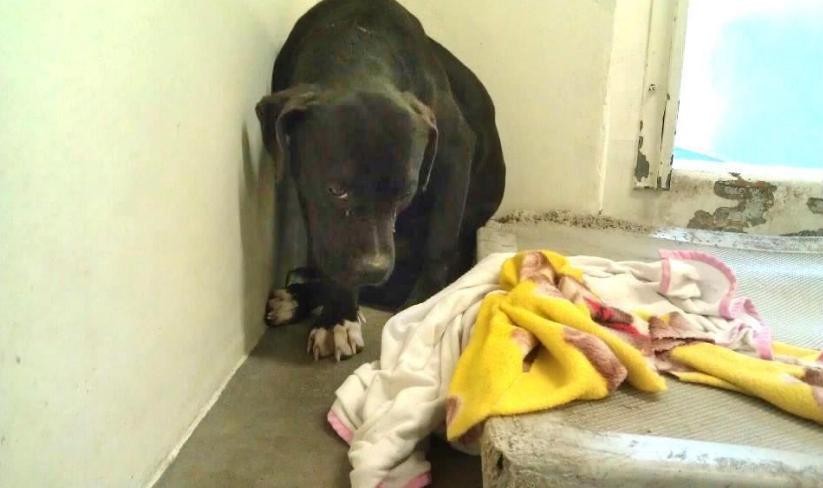 She spent most of her time huddling in the corner of the kennel, head bowed and very nervous. But it wasn't until Roxy's first outing (or rather, attempt at an outing) that the vets realised how truly terrified she was.

When they tried to put her on a lead, the dog would lay down on the ground and categorically refuse to move. In the end, the team had to carry her to get her outside. Nobody knows what caused this kind of trauma, but it's very likely that it developed when Roxy was left to fend for herself on the streets, before the veterinary team came to lend her a hand. 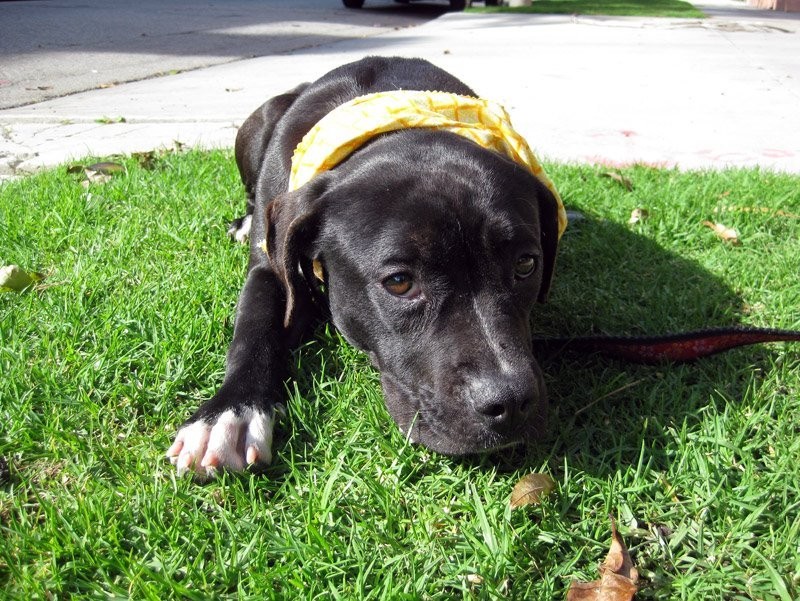 They can only imagine that Roxy, who tried to hide behind a bush when they found her, had been abandoned and spent weeks trying to survive on her own.

Her plight could have lasted even longer than it did, bearing in mind her appearance: she is a Pit Bull (a breed which is unfairly feared) with a black coat (prejudices dictate that darker coated dogs are less likely to be adopted, though it is also difficult to pick out their features, especially in photos).

Luckily, Roxy managed to defy these sad statistics thanks to the work of the volunteers at the NGO Karma Rescue, who have been doing an incredible job of looking after her. 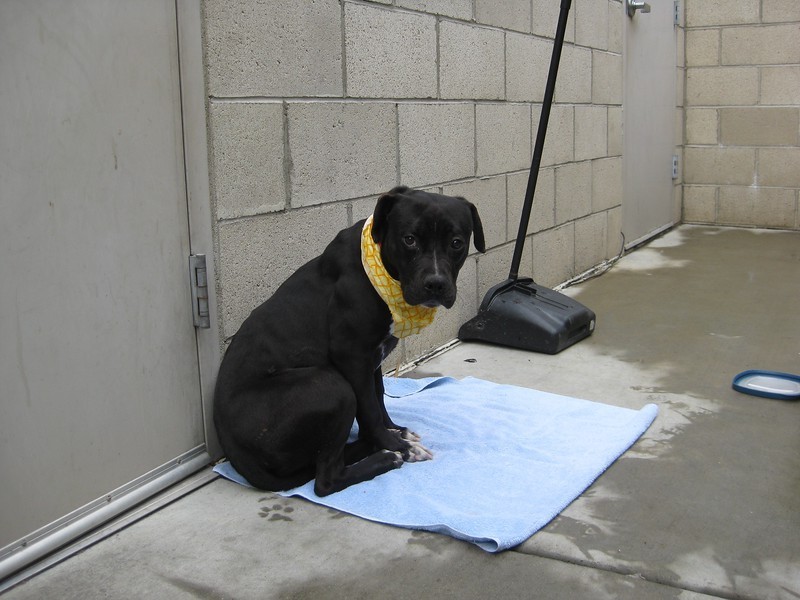 But the dog's arrival at the shelter wasn't that simple: in her first week at the clinic, Roxy couldn't stop trembling. It was five days before she went on her first outing, and she would have spent even longer cowering in the corner if she hadn't come across a little cat…

In fact, it was this feline, perched on a windowsill, who finally persuaded Roxy to get up and out for the very first time since she arrived. There was nothing defensive about her sudden movement – she was just curious! 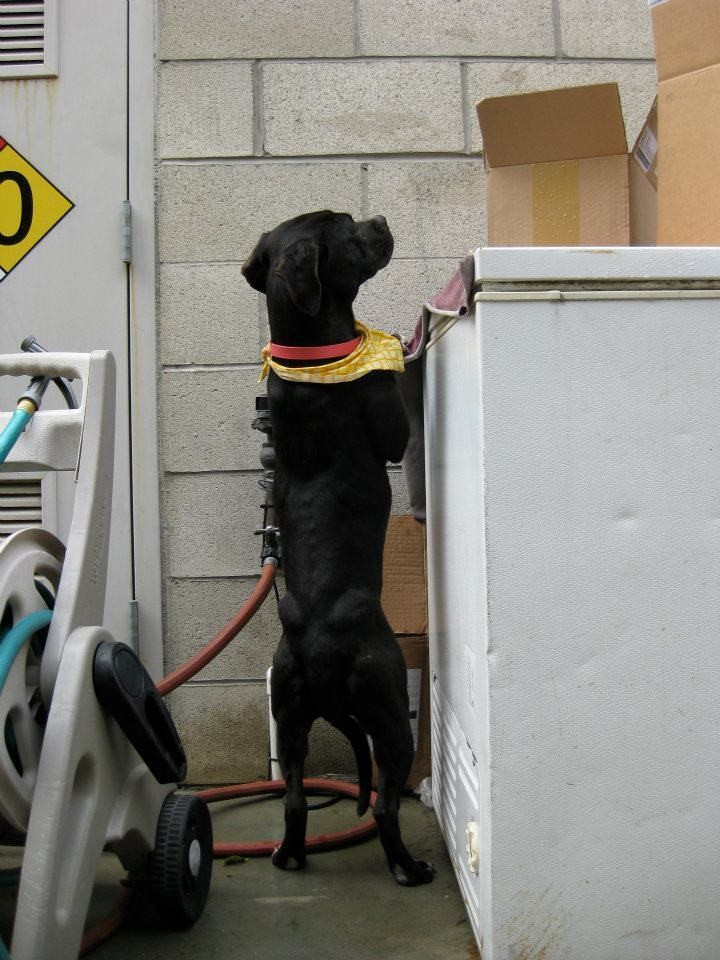 The team of vets were on hand and decided to help the two animals interact, certain that there was something very special about this Pit Bull: they changed her online adoption profile to read "gets along very well with cats".

And this is exactly what caught Sharra and Glenn Platt's eye when they visited the Karma Rescue website. The Platt family have three cats and a dominant dog, in spite of his small size. Having been warned about Roxy's nervous temperament, Sharra Platt was still determined to adopt her:

There are issues I wouldn't feel comfortable taking on, but fear wasn't one of them. I just knew, in my heart, that we could help her. 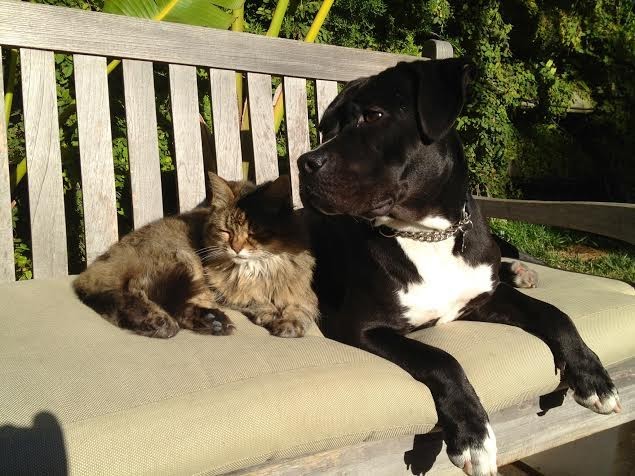 The first test meeting between Roxy and the Platt family took place in a park. Despite the dog's apprehensions, everything went well – even with Kasey, the family dog. When she noticed how well the animals got on, Sharra decided to officially adopt Roxy.

First of all, her new family had to face up to Roxy's traumas. Sharra remembers:

She didn't want to walk. She would walk 20 feet, then flatten and freeze. Or she would pull like crazy on the leash and go back and forth in front of us. It was like walking a drunken freight train. Everything out in the world terrified her — trash cans, cars, trucks and the wind.

The Pratt family asked for help from a professional trainer who managed to help Roxy.

I think the most important thing Manuel told us was to not give her affection when she was showing fear. It's the one thing you want to do the most, but he drilled it into our heads that rewarding fear by giving affection actually encourages the fear.

It took a long time, but Roxy gained in confidence and was strong enough to go out, going further and further and for longer and longer every month. Five months later and Roxy has made incredible progress: she spends her days joyfully running across Malibu beach. 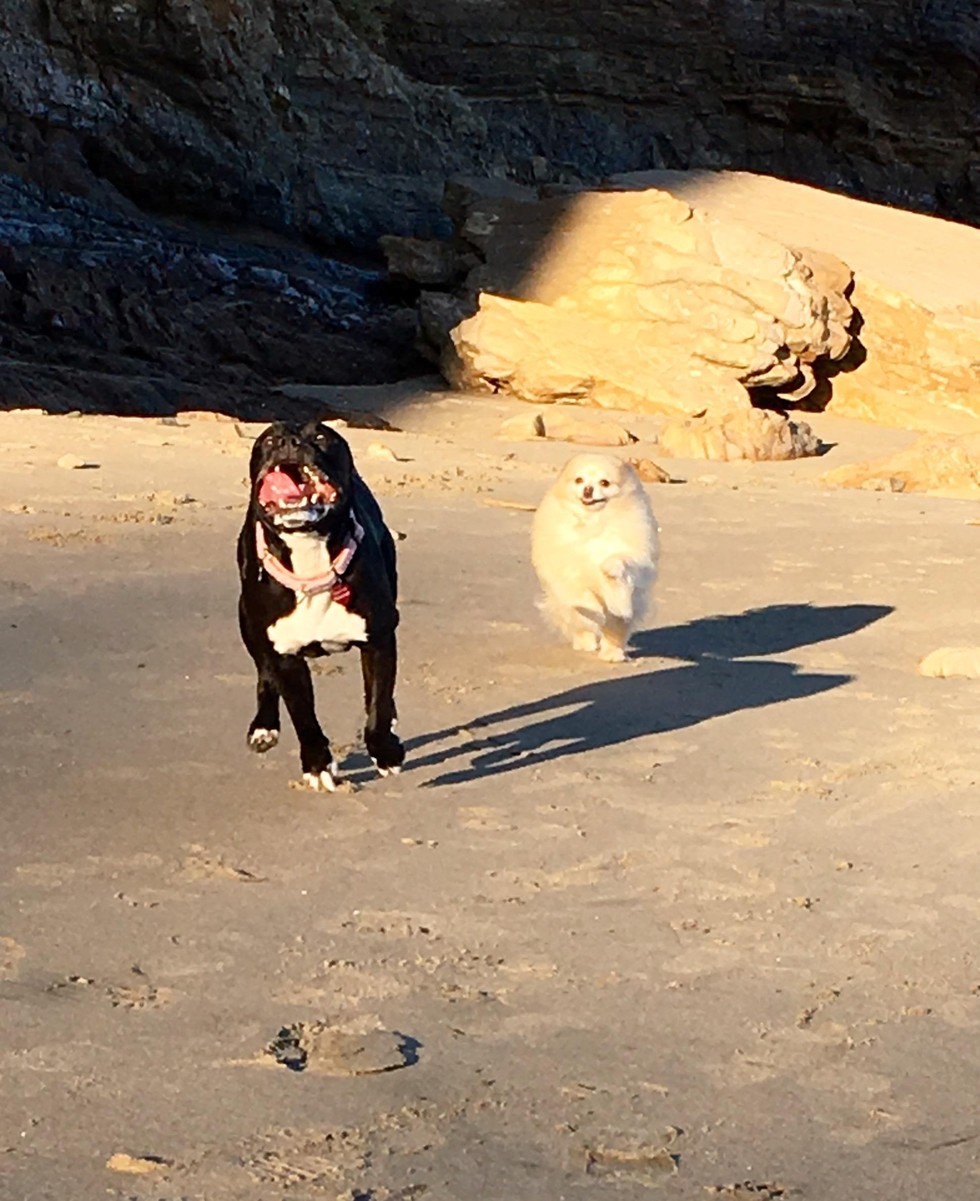 Though the dog is still nervous upon arrival in new places, the Platt family are overjoyed that she is far from her initial trauma. 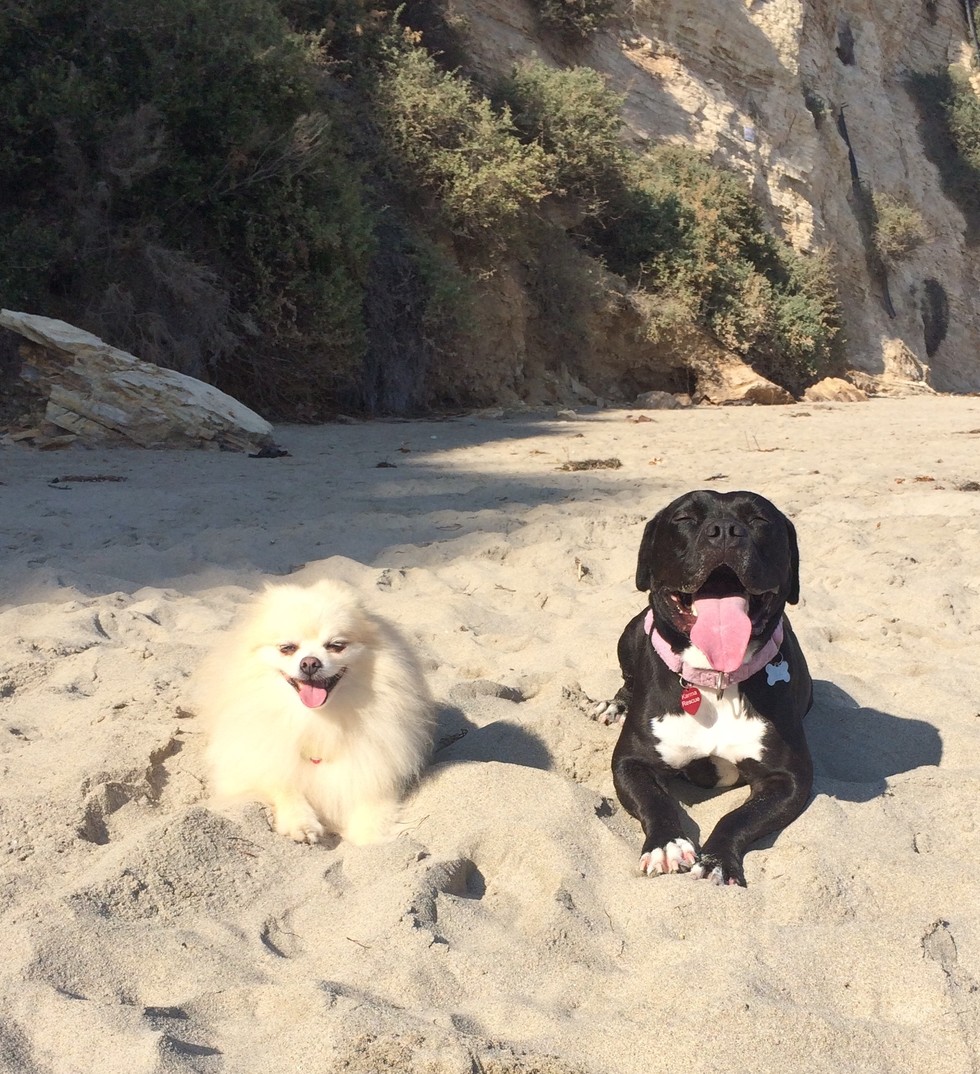 We'll let you enjoy the video of her happy journey: