There's human cruelty, and then there's this.

It seems hard to believe that humans could do such a thing to a poor innocent turtle, but the pictures speak for themselves: Paul and Diane Tuttle found this turtle lumbering along the pavement in Chillicothe, Ohio last September, a screwdriver sticking straight through her shell.

Despite her circumstances, the turtle was doing its very best to continue as normal. Paul Tuttle told the Journal Star:

It was just walking along, minding its own business. I don't know how fast it was going, but [it] wasn't very fast.

As a policeman, Tuttle knew that pulling the screwdriver out might cause the turtle to bleed even more dangerously.

Instead, he grasped the turtle from behind. The turtle seemed quite happy to be rescued, as if she understood what was going on: "It never snapped at us", says Tuttle. "It was calm." 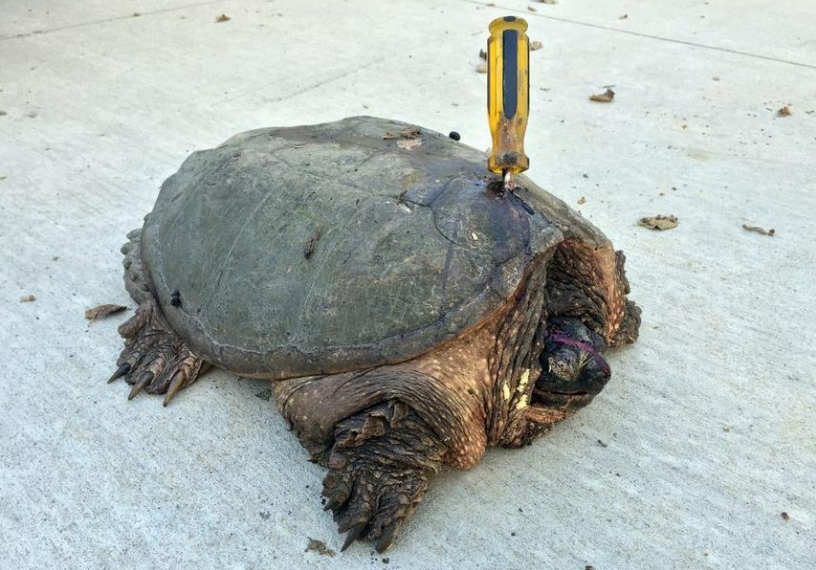 So they called the police, keeping the creature in a wheelbarrow to prevent it getting away. Eventually two police cars arrived, a great turnout for this little turtle that was baptised Tuttle, after the kindhearted people that helped her get to safety.

Tuttle was taken to the All Pets Vet Clinic in Peoria, where they found out that she had a fractured skull and had been blinded in one eye by the screwdriver. It would not be an easy recovery. 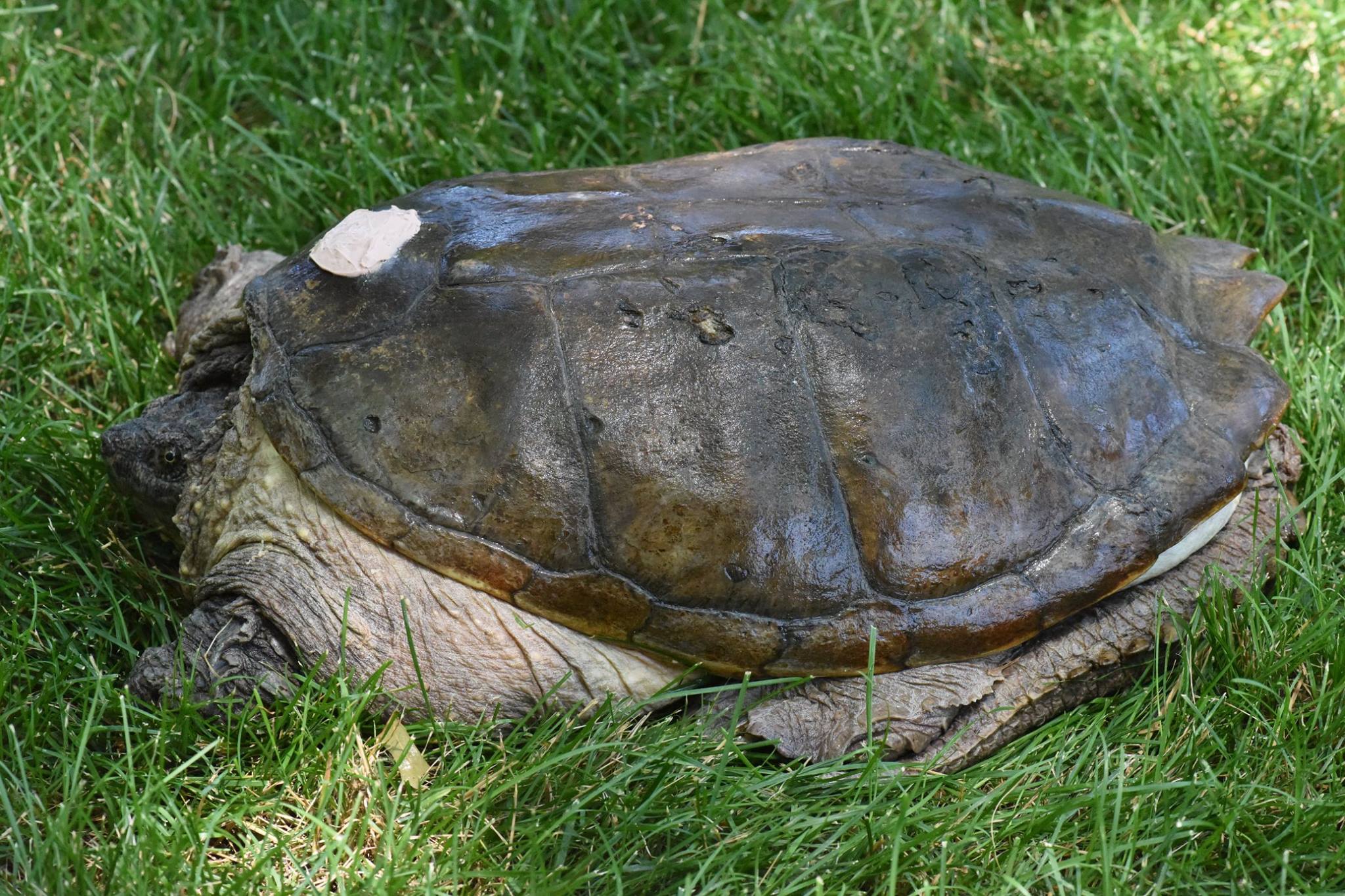 But Tuttle wasn't alone: Douglas Holmes from Peoria Zoo volunteered to bring her home with him and look after her until she was fully back to health.

With Tuttle showing great improvement in the past few months, Holmes finally released her back into the wild in June of this year, as reports the Journal Star. 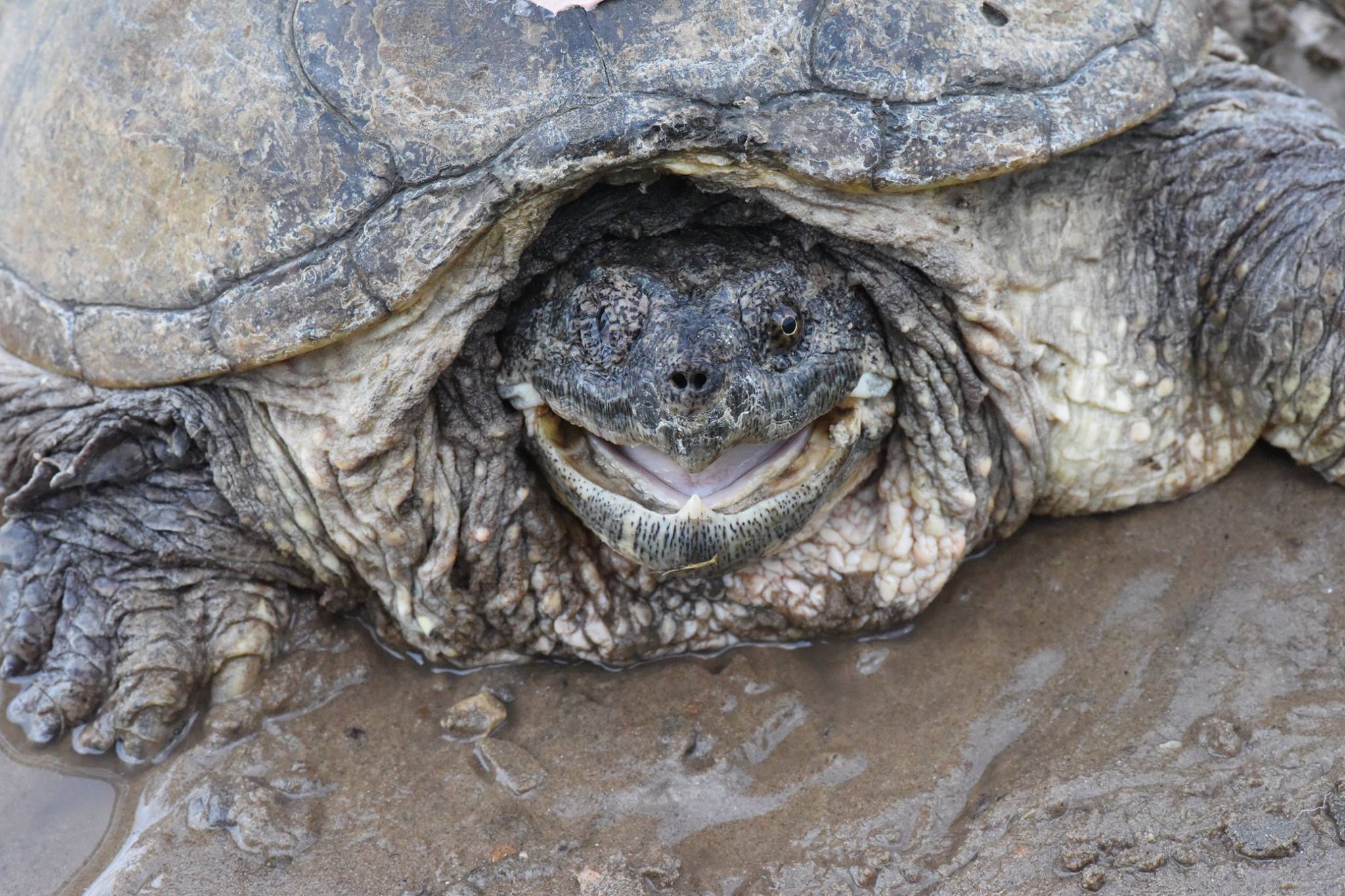 Though Tuttle suffered more than any turtle should ever have to, she was lucky that in the end she found this special somebody to look after her until she was ready to go back to nature. 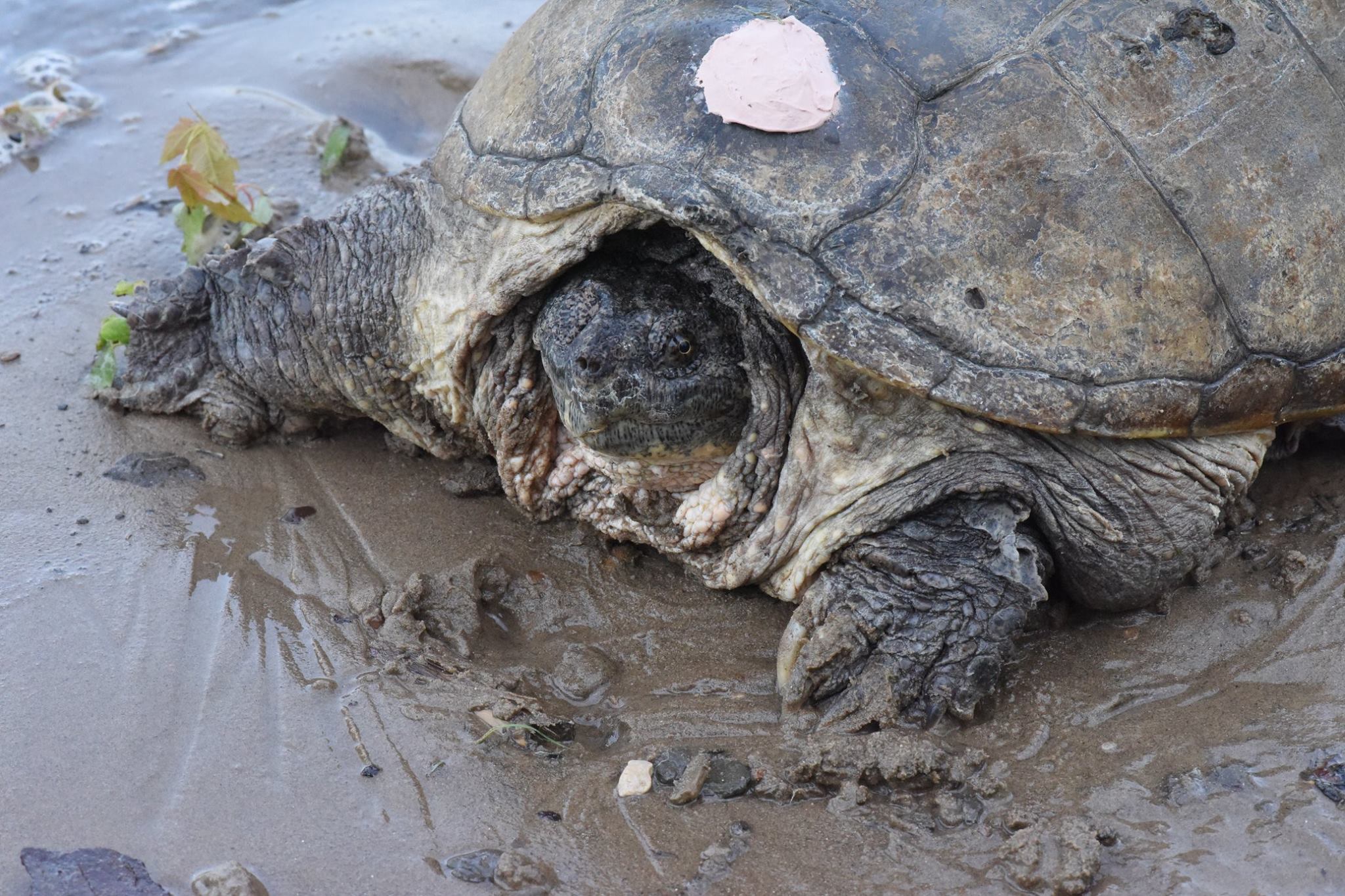 Holmes is one of those wonderful humans who believes that "Animals deserve that chance. It always feels good when you see an animal go free."

The Turtle Conservancy is devoted to protecting turtles and tortoises across the world, helping to raise awareness about this threatened species. You can help by making a donation here.