Gjina is one of the three bears who was recently rescued by the organisation Four Paws International and transferred to a sanctuary in Pristina, Kosovo, where she could finally live in peace for the rest of her days.

For three and a half years, the young female lived a miserable existence as a "restaurant bear". There were close to 50 bears counted in the Albanian mountain ranges, living in tiny cages in restaurants to serve as entertainment to diners. 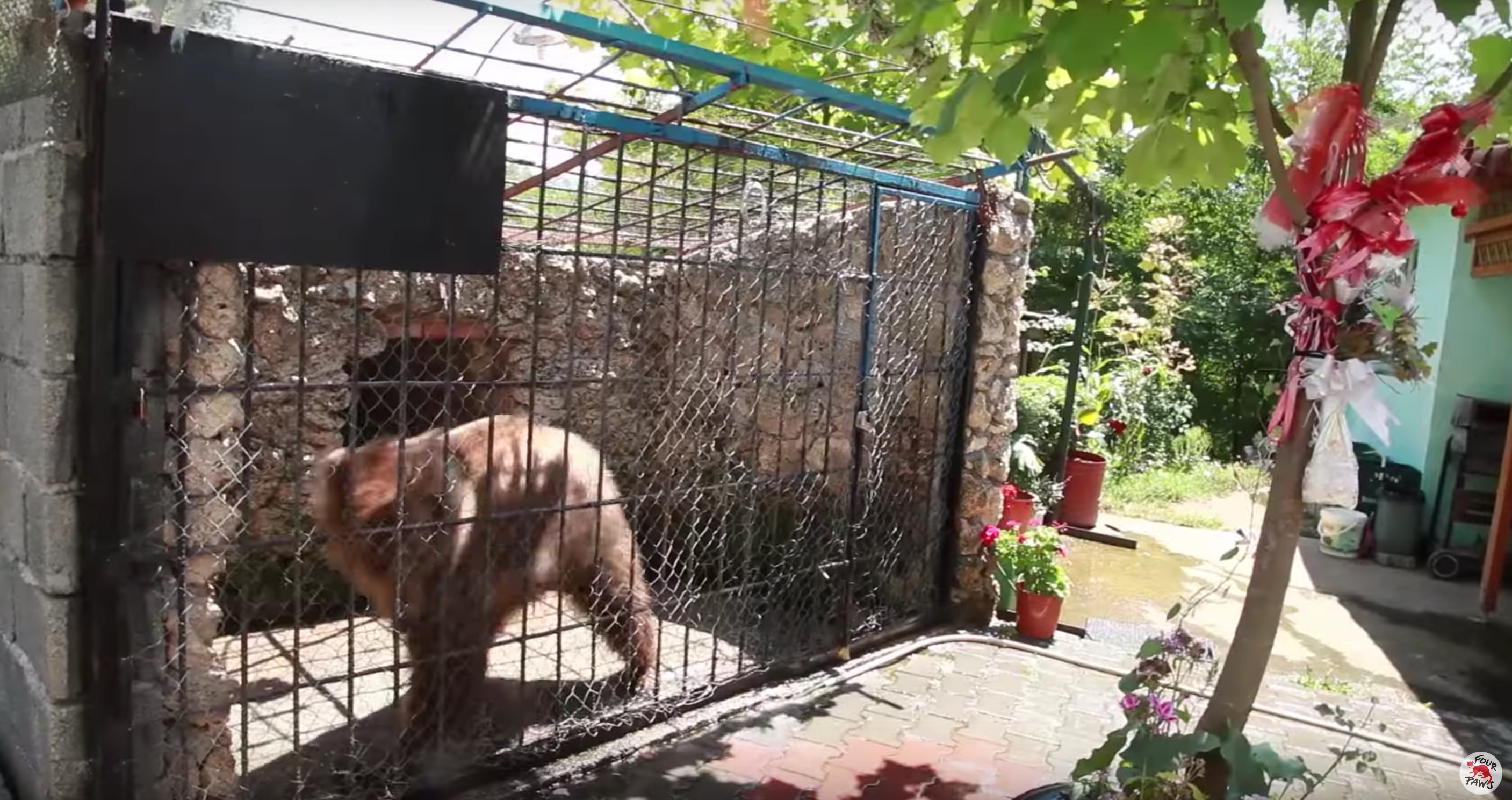 Gjina was forced to live in an 8m2 prison with no protection from sunlight or rain. According to Four Paws, the poor bear was forced to drink "20 beers" every single day, to "calm her down".

She must have found some form of comfort in this unnatural consumption of alcohol as she could escape from her hellish, miserable life.

As it was customary that the customers could give whatever they wanted to the bears to eat or drink, Gjina's diet also consisted of unhealthy, human food. 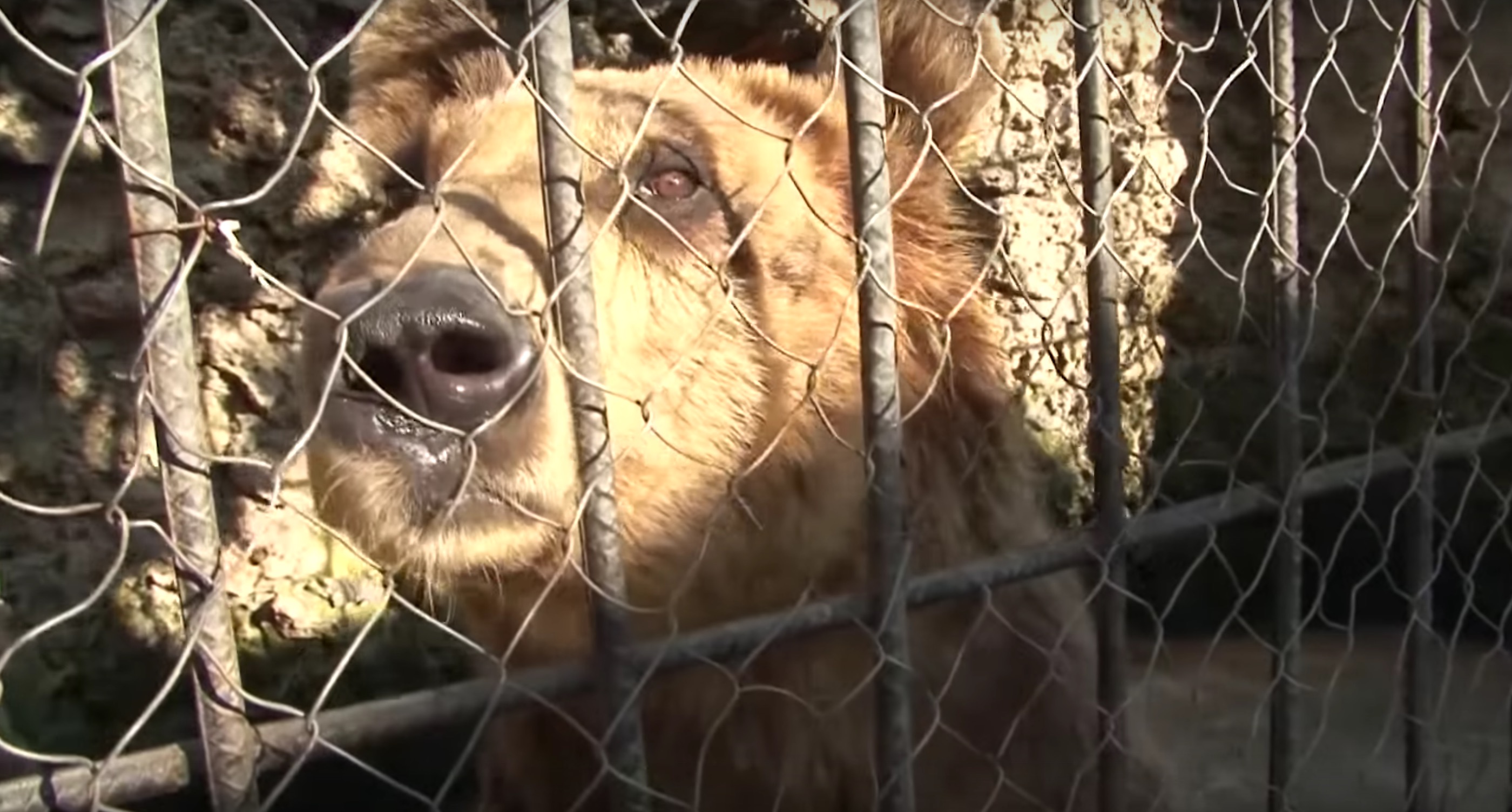 But thankfully the nightmare is over for this poor girl after intense negotiations, as Four Paws succeeded in releasing her to Prishtina Bear sanctuary.

Unsurprisingly, the bear's health was in a worrying condition when she arrived at the sanctuary. She weighed a mere 63kg instead of the normal 200kg a bear her age should weigh. 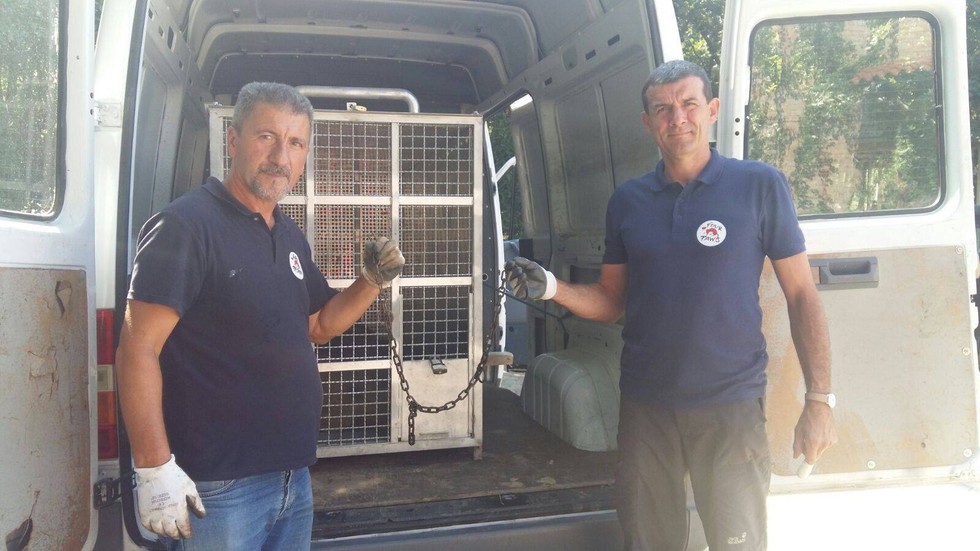 Luckily, the young bear rapidly gained her strength back. She savoured her first few moments of freedom upon arrival at her new home.

But due to the trauma from her difficult past, her transition to the new environment could take some time. Gjina has to explore the area at her own pace, but her progress is already nothing short of amazing. 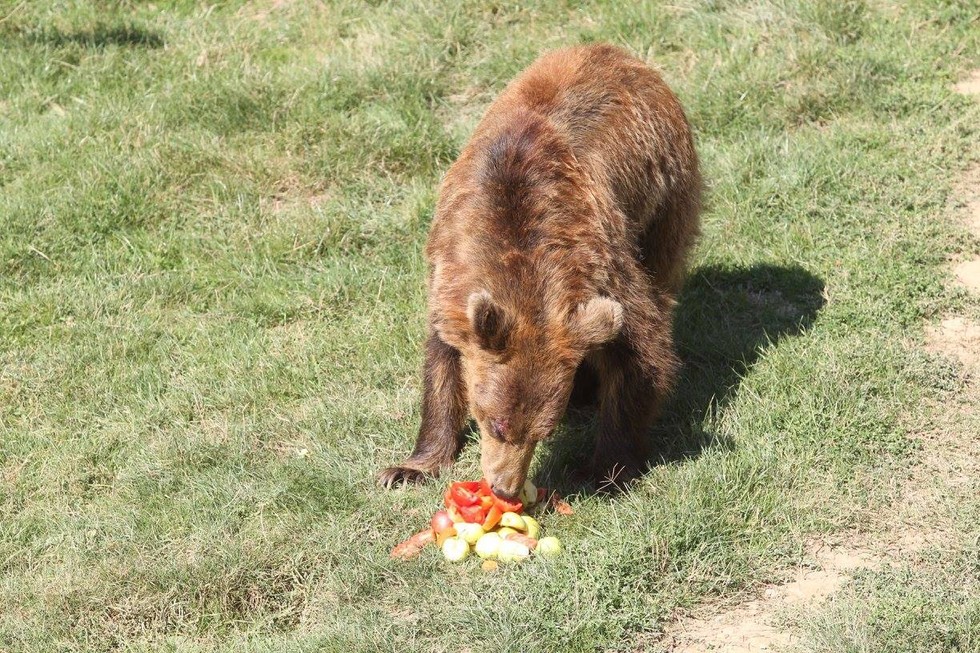 Albeit timidly, she already seems to appreciate the feeling of grass and earth under her paws as well as being able to bath at her leisure.

"They will never perform again, nor be forced to eat or drink inappropriate things, but most importantly, they are free from the confines and isolation of inadequate captivity.", the Four Paws team told The Dodo, speaking about Tomi, Pashuk et Gjina, the three rescued bears.

Watch the story of Gjina's rescue and relive her first few steps into freedom in this video:

Finally able to run: bear Gjina enjoys her new life!WATCH GJINA RUN! After three and a half years in a tiny cage next to a restaurant in Albania, bear Gjina is finally able to run like she used to in the wild. We rescued the bear and brought her to our Bear Sanctuary Prishtina. That tiny cage, without protection from sun, wind or rain, is now in the past. Do you want other bears to experience these new life conditions?

Then please help us with a donation: https://kampagne.vier-pfoten.org/org/donate

Our thanks goes also to the Albanian Ministry of Environment Ministria e Mjedisit for the good cooperation!

In order to help other bears living in hellish conditions also taste freedom, sign this petition and support Four Paws International by making a donation.

Europe’s “Saddest Bears” Are About To Taste Freedom 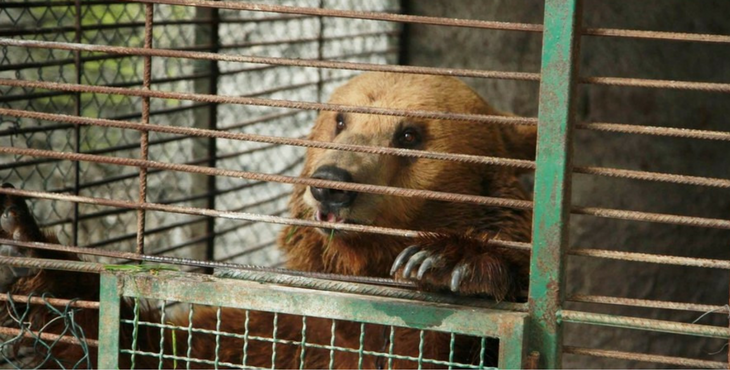