Bua Noi – meaning little lotus in Thai – a 30-year-old female gorilla, has been living a nightmare for the years. She is enclosed on the sixth floor of a large store in Bangkok, Thailand, where she serves as an attraction for clients, reported the site The Dodo.

The gorilla isn't the only animal living in these horrible conditions. Accessible by an elevator, the Pata Zoo contains other primates like orangutans and chimpanzees, as well as leopards, reptiles and birds.

In 2015, Thai authorities finally decided to react, under pressure from animal activists who have been calling for the closure of the zoo for years. Reports claim that the animals have since been "saved," but photos prove the contrary. Bua Noi seemed to still be living behind bars in her prison, at the top of the large store as of November 2016.

Animal protection laws are practically inexistant in Thailand, and those that do exist are extremely vague, making them difficult to enforce. 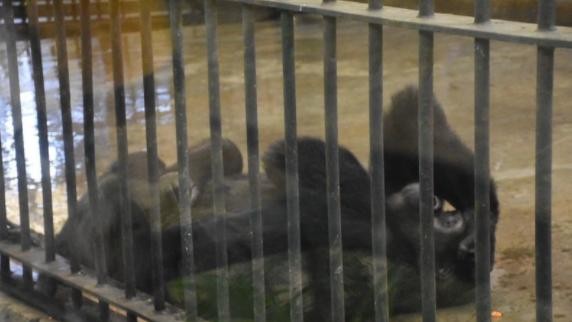 The association Save Gorilla Little Lotus seems to have decided to do everything possible to pull Bua Noi from her nightmare. Jodie Broad, volunteer for the organization, even met with government officials in May 2016, along with Sinjira Apaitan, another activist for the liberation of the animal. Sadly, these meetings didn't accomplish much. She admitted:

There was talk that she was going to be freed as they were not going to renew the zoo license — but they did renew it and Pata Zoo remains open.

The living conditions of the gorilla are catastrophic for the mental health of the animal. These primates possess extremely complex social structures, resulting from their profound intelligence, and live in groups. Bua Noi lives along in reduced space, falling prey to boredom.

The zoo director, Kanit Sermsirimongkhon, doesn't doesn't understand the controversy around his establishment and pretends to have opened it in hommage to his love of animals. However, they live in horrifying conditions, according to reports made last year by Giselle Coreira, an animal right's activist.

A petition was launched on November 23 to demand the liberation of Bua Noi. You can sign it here.