On Tuesday May 22, a group of fraudsters who made approximately £2.5 million ($3.3m) selling sick and dying puppies, were jailed at Isleworth Crown Court, London.

The group of six knowingly sold around 5,000 sick puppies to unsuspecting members of the public from houses in west London. They weren't alone in their fraudulent scheme with Daniel Doherty, a vet, falsifying vaccination cards to help the group sell the puppies. He was spared jail and given a 12 month suspended sentence. 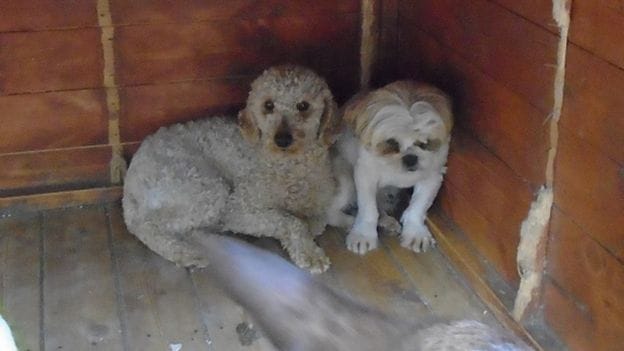 Dogs were kept in shed and outbuildings at the defendants' home. Source: RSPCA

RSPCA inspector Kirsty Withnall, who uncovered the gang with help from the Metropolitan Police, said Yorkshire terriers, cavapoos and labradoodles were advertised online and sold for up to £650 each.

She said that sadly the majority of the dogs they recovered have since died or been put to sleep due to the severity of their health problems. According to the BBC, she also said:

This was a complicated and multi-faceted, high-volume conspiracy whereby the gang has misrepresented commercial, puppy-farmed dogs imported from abroad as family-bred pets to con members of the public out of money.

The puppies were illegally imported from Ireland before being taken to the defendants' homes where they were kept in plastic sheds, outbuildings and garages. 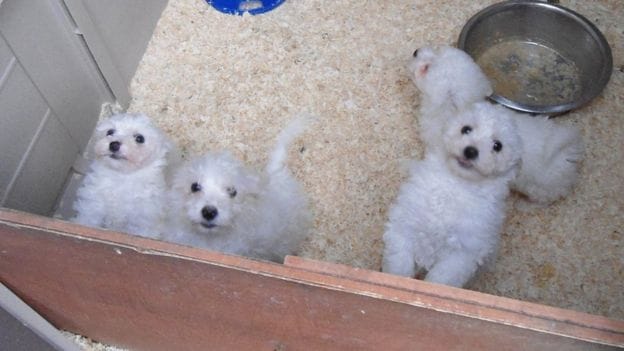 A family in Feltham, west London, admitted to having to put their new puppy down just days after bringing it home. They discovered that the Cavalier King Charles spaniel, Charlie, had parvovirus. The owner of Charlie said:

Her legs gave way and she had no energy so I took her to the surgery. By the time I got her there she was half lifeless. It was heartbreaking. 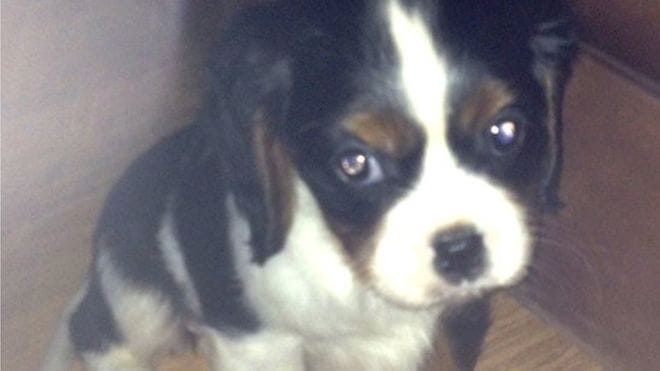 Charlie, the Cavalier King Charles Spaniel, who collapsed from parvovirus days after being sold. Source: RSPCA

Shelters are overpopulated with adorable animals just waiting to find a loving family. Adopt, don’t shop! It is a true pity to bring animals into the world with the sole aim of selling them. Animals are not goods to be sold. Adopting an animal will save not just one but two lives; one of the animal you’re welcoming into your home, and the other being the one who will take their free space in the shelter.