Diana Bloom is a student of the Stafford High School in Falmouth, Virginia. A few weeks ago, she received, like all the other students, her yearbook containing photos of all of the students in the school. However, this year, the yearbook had a great surprise. 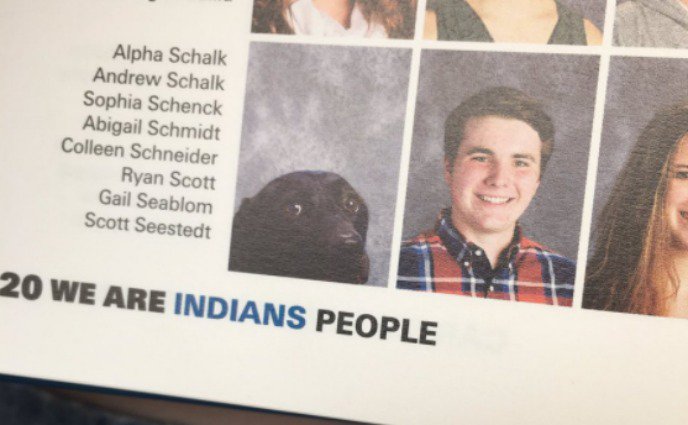 On the pages of the annual, she found a dog, Alpha. The canine is the companion of her classmate Andrew 'AJ' Schalk who suffers from type 1 diabetes, meaning that he regularly has to monitor his blood glucose levels, including during the night. Thanks to the dog's sense of smell, which is far superior to that of a human, Alpha can warn Andrew if his blood sugar drops too low.

Throughout his high school career, Alpha has saved Andrew several times, mainly by waking him up during the night when his glucose levels dropped to a dangerous level while sleeping. Andrew told Buzzfeed how be began to bring the dog to school the year before:

[…] to get him acclimated to the school environment so he would be prepared for this year. He has become a huge part of my school, coming to my classes with me, and a lot of people know about him. I just brought him with me when I got my yearbook picture taken. The only thing they changed was the camera height. They just had to lower it a little haha. 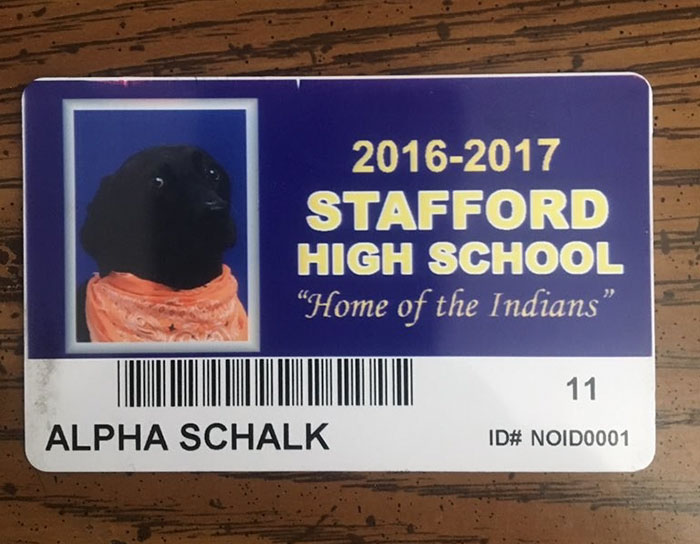 In addition to appearing in the school's yearbook, Alpha also has his very own student card and has had a positive effect on countless students:

He has been a great companion and added a lot of happiness to my school's environment. It brightens people's days seeing him in the halls or in my class and I love being able to have that effect on people 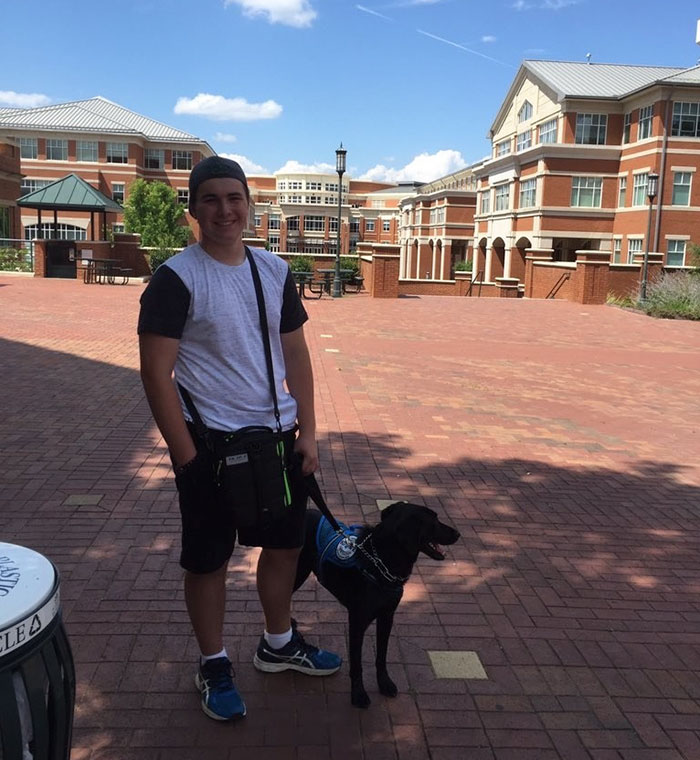 Far from being pessimistic about his illness, Andrew sees it opportunity and always focuses on the positive side:

Alpha is really an amazing animal. He makes a disability, such as my diabetes, such a positive experience for me and my life overall, and really turns it into a blessing rather than a negative part of my life.