This is the story of a 19 year old dog named Simba and his human, Mýa Monay Davis. Not a day has gone by where Simba has failed to put a smile on Mýa's face. The duo have always been inseparable as Mýa said to The Dodo:

Simba and I have been friends since we first met. I wouldn’t have wanted to have any other dog to be my childhood bestie. 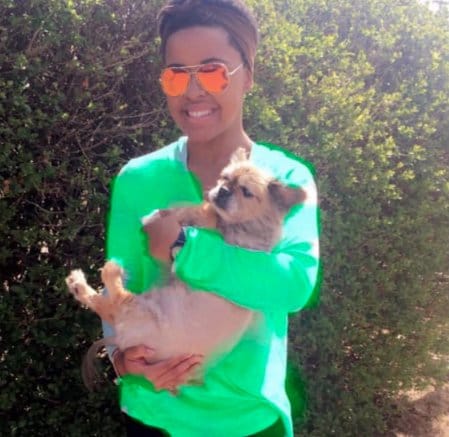 As much as we would like it, no dog can live forever and little Simba is now sadly nearing the end. As is the case with most senior dogs, Simba has been in a constant battle with his health with Mýa even considering putting him to sleep just to end his suffering. She said:

I was just preparing myself to lose my best friend. While I was laying on the floor with him, I was telling him that it’s OK to let go. I was recommended by a vet to go ahead and put him down, but I didn’t want him to go out that way — especially if it wasn’t time. During the conversation I told him that I would be OK, I began to cry. 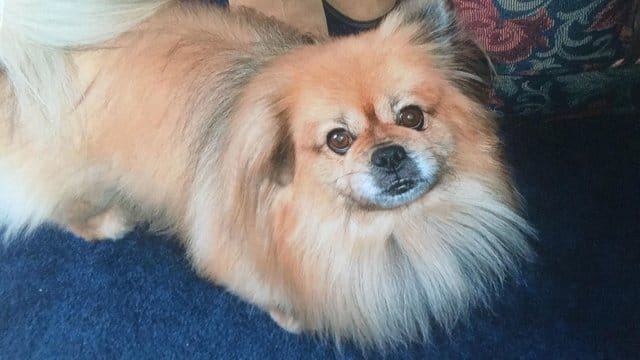 It was at this moment that true to Simba's loving spirit, he did something truly unforgettable. Mýa said that "[Simba] began to wipe [her] face" and that she "could feel that he was letting [her] know that everything was going to be OK."

Fortunately, Simba has shown some improvement since then, proving not quite ready to say goodbye. But Davis knows that, at his age, he's still in his final days. His kind gesture of reassurance has made coping with the inevitable a little easier and has assured her that even as his life draws to a close, he is forever grateful of being able to share it with her. Mýa said:

As long as I know that he’s going to be OK. I’ll forever be at peace.

You can watch the touching moment below:

My old Simba wiping my tears 😭