Tessa, a senior terrier from South Yorkshire, was found abandoned and alone in a field on April 23. The canine was accompanied by a note ending: 'I don't need a dog.' 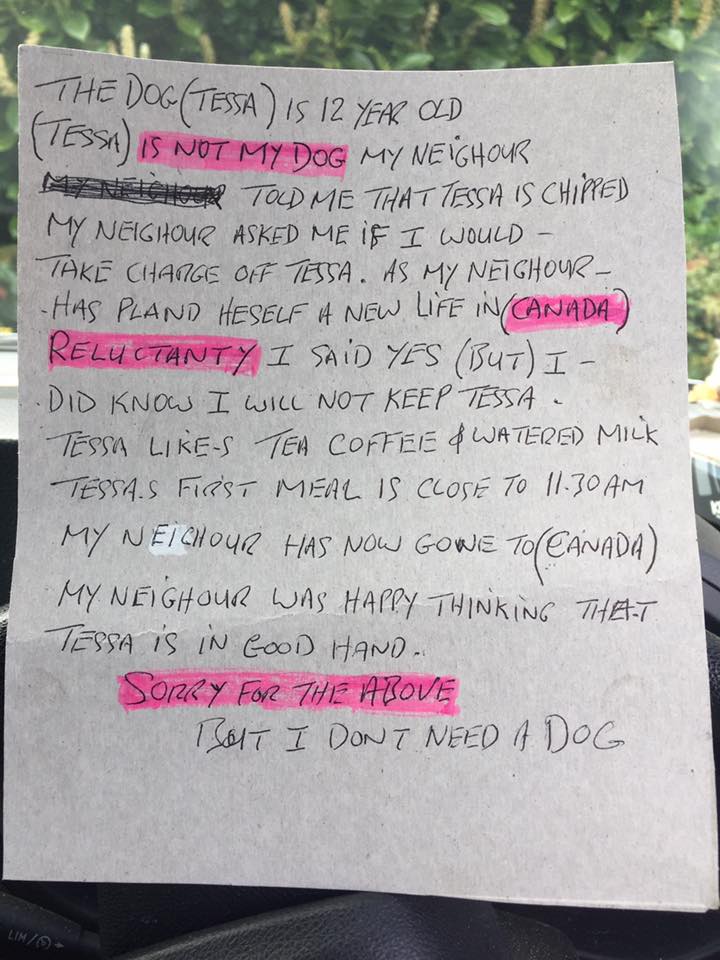 The animal's previous owner, 76-year-old Yvonne Radcliffe, had moved to Canada a few weeks prior and concerned for her pet, entrusted Tessa to a neighbor that she had known for over nine years. 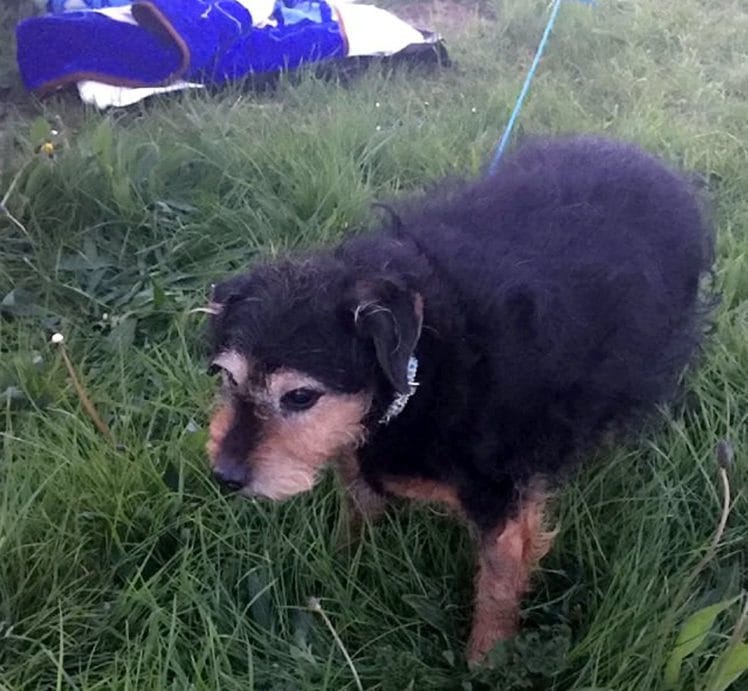 However, the man clearly found the responsibility of pet ownership to be too much and, instead of taking the dog to a shelter to be rehomed, decided to leave the dog in a nearby field, with a bowl of water and a bag of food and the note. 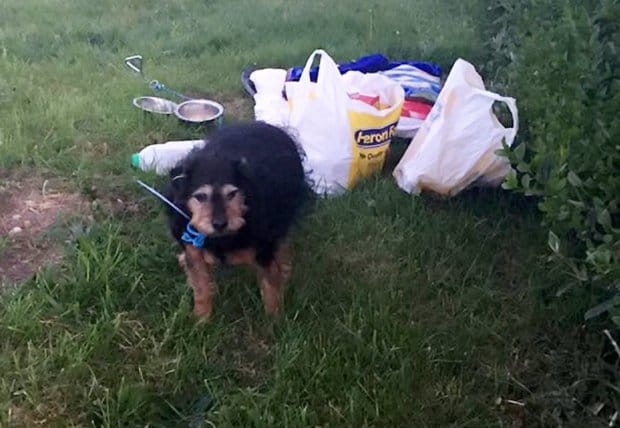 Luckily, Alan Webster, who works for the South Yorkshire Pet Ambulance, was fundraising at a car boot sale near to where Tessa had been left that morning and he came across the lonely dog. He described to Lincolnshire Live:

It [Tessa] was already there at 5am when we arrived. They had a blanket down which was wet through and chances are it had been there all night – maybe even all weekend. […] It's totally, totally wrong that someone's abandoned an old dog like this.

He knew straight away that he had to help the elderly dog and generously gave the canine his breakfast to help warm her up. 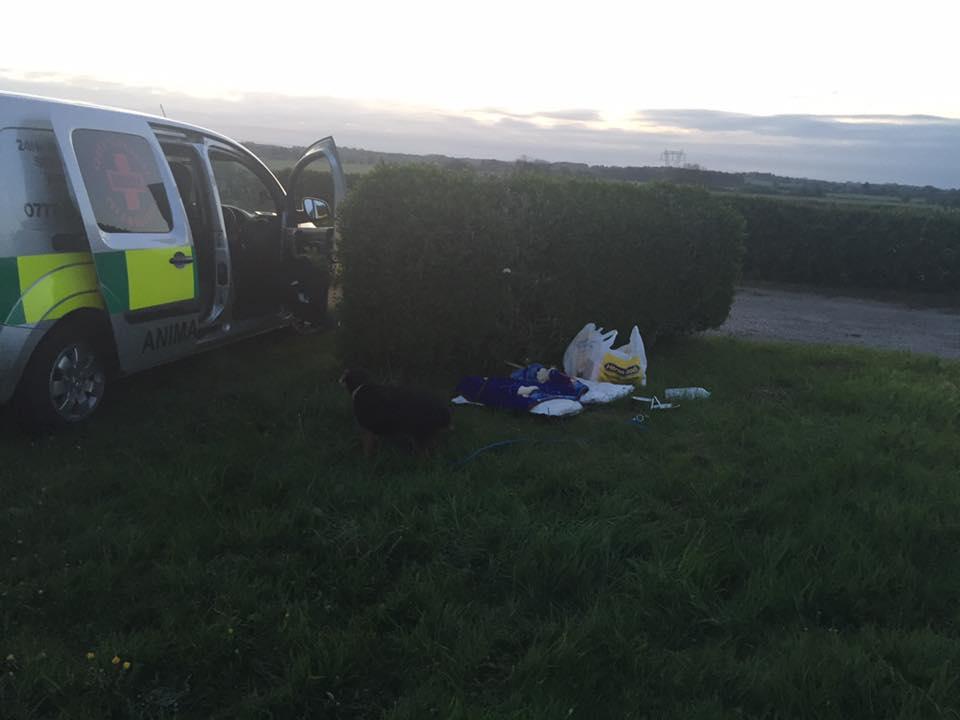 Mrs. Radcliffe's son, Paul, discovered what had happened to Tessa after seeing a Facebook post about her. He alerted his mother, who was heartbroken to hear how her beloved dog had been neglected.

Tessa is incredibly lucky to have been found when she was and by just the right person. She has since been transferred to the Dog's Trust shelter in Leeds where she is just waiting to find her forever home. 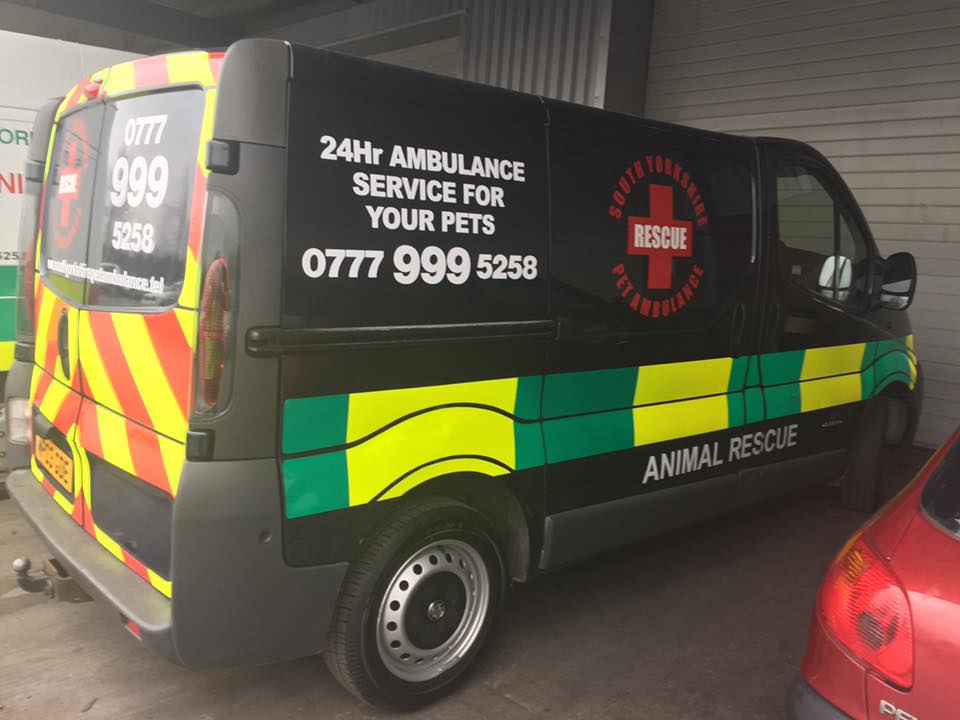 To support the South Yorkshire Pet Ambulance and help them to continue their amazing work, you can make a donation, here.