There has been enormous outcry from animal rights defenders in India after a school textbook, distributed to several hundred private schools, illustrated the necessity of oxygen to sustain life with a simple example – kittens. The instructions state to place two small kittens into two different boxes; one with holes in, and one without. It then tells the students to open the boxes after some time and they should see that the kitten in the box without holes will have died. 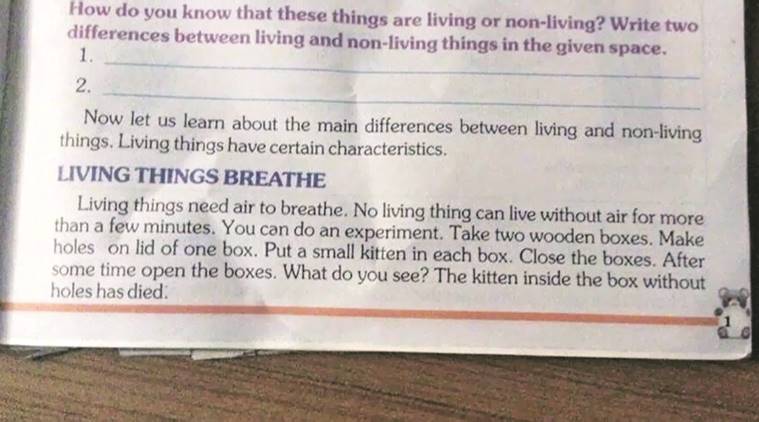 The textbook, Our Green World, published by PP Publications, explains:

No living thing can live without air for more than a few minutes. You can do an experiment. Take two wooden boxes. Make holes on lid of one box. Put a small kitten in each box. Close the boxes. After some time open the boxes. What do you see? The kitten inside the box without holes has died.

Several infuriated parents contacted the editor to demand the immediate retirement of the book from the syllabus. Parvesh Gupta, spokesperson for PP Publications, said:

A parent had called us a couple of months ago and asked us to remove the text from the book because it was harmful for children. We recalled books from our distribution channel and will come out with a revised book next year. 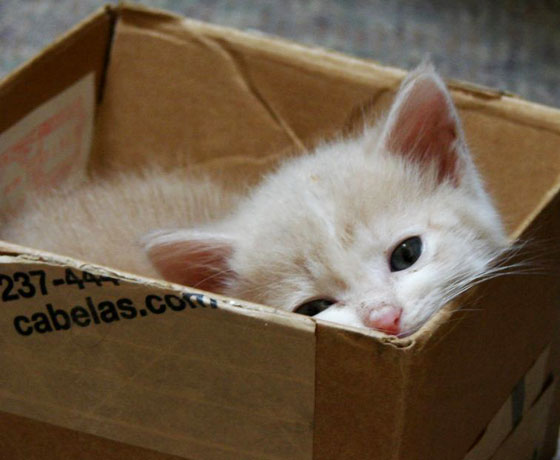 Sadly, however, despite this announcement, the schools who have already ordered the textbook will continue to use it. The enraged parents decided to write to the Federation of Indian Animal Protection Organisations (FIAPO), who represent numerous animal rights groups. FIAPO contacted the publishers, who then made another statement reiterating their promise to withdraw the textbook from the shelves as soon as possible.

They endangered the lives of the children and the animals by citing such an experience.

This is not the first time that a school textbook has made scandalous headlines in India. In 2014, a book used in the state of Gujarat stated that Japan had dropped several nuclear bombs on the United States during the Second World War.