This cat was just trying to keep warm, like so many in the winter, by hiding under a car. There are multiple things that can go wrong in this situation, and that mostly involves humans not checking before moving their vehicle, however this was a new one.

The feline's paws had gotten frozen in the snow. The weather in Zlatoust, Russia, was freezing. The temperature was around -31 degrees Farenheit (-35 Celsius) and his fur began to frost over with ice. 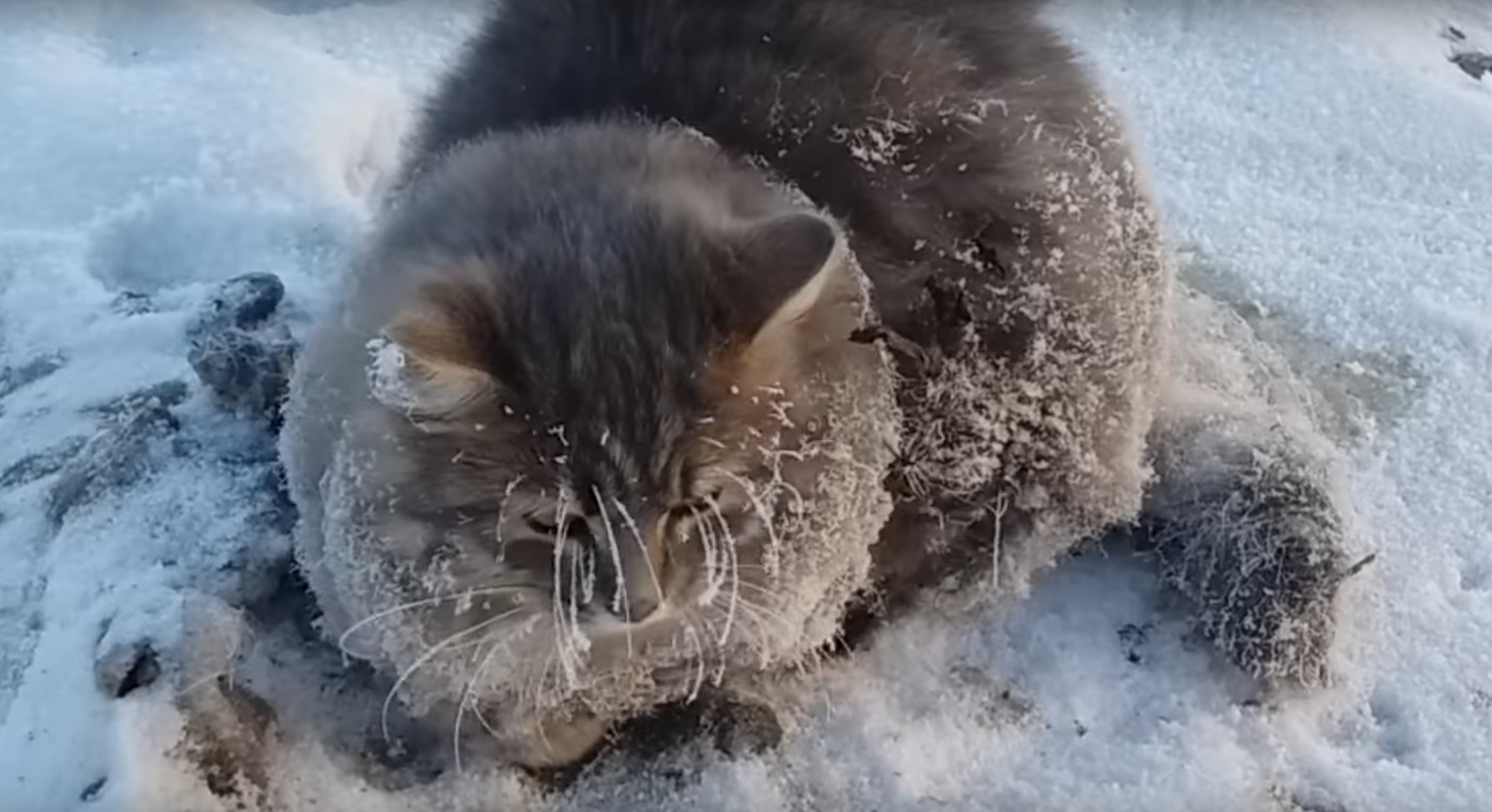 Sergey Baranov found the cat and called to his wife to help. He told The Siberian Times:

It must have got under the car in the evening, looking for a warm place, fell asleep and all its paws got frozen solid by the morning.

His wife ran inside to get buckets of hot water to free the animal. Baranov held the shivering kitten while his wife poured out the water, freeing his paws. 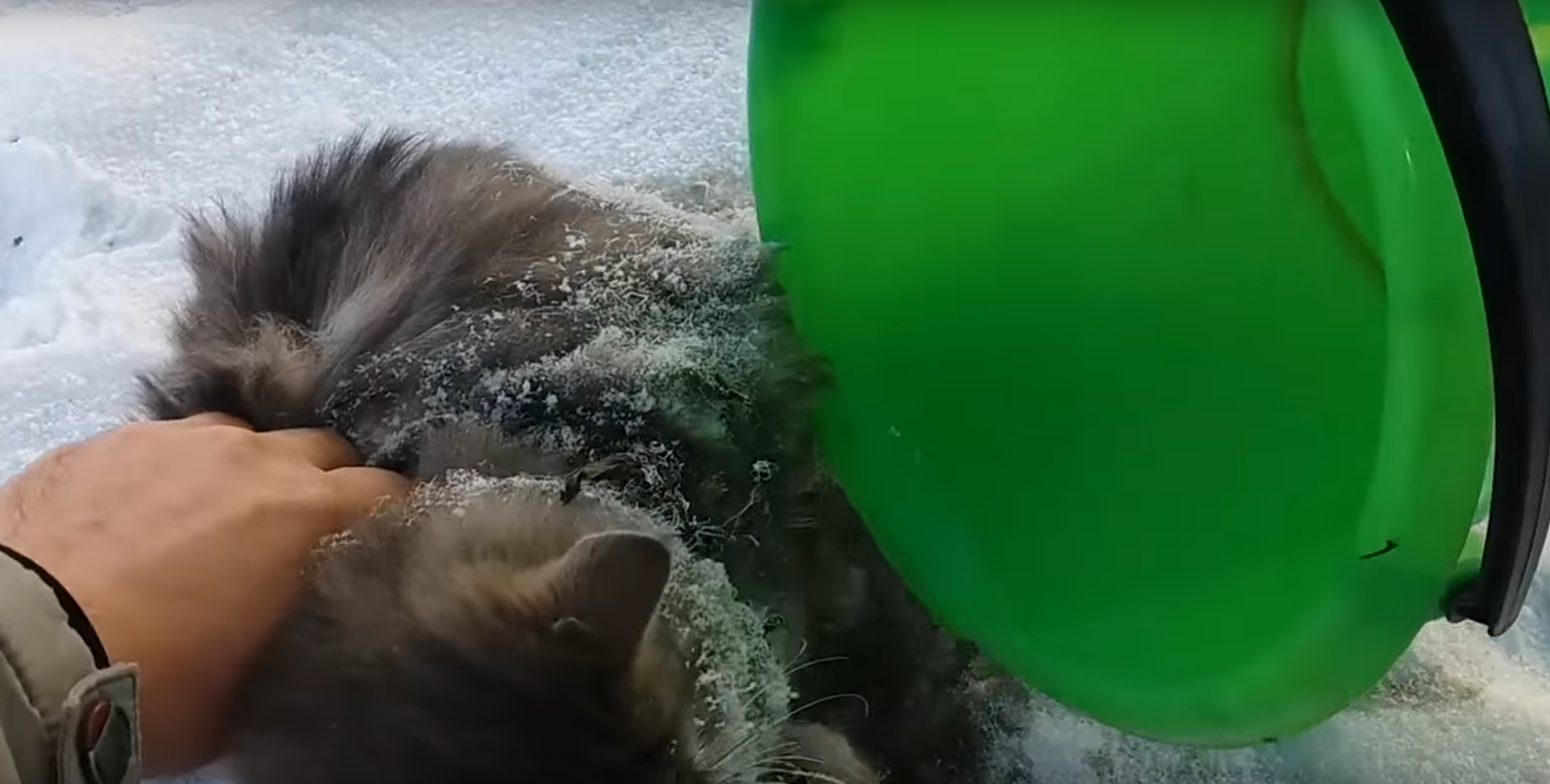 They had sunk several inches into the snow before it froze solid. As soon as his paws were free, they wrapped him in a thick, warm blanket and took him inside. 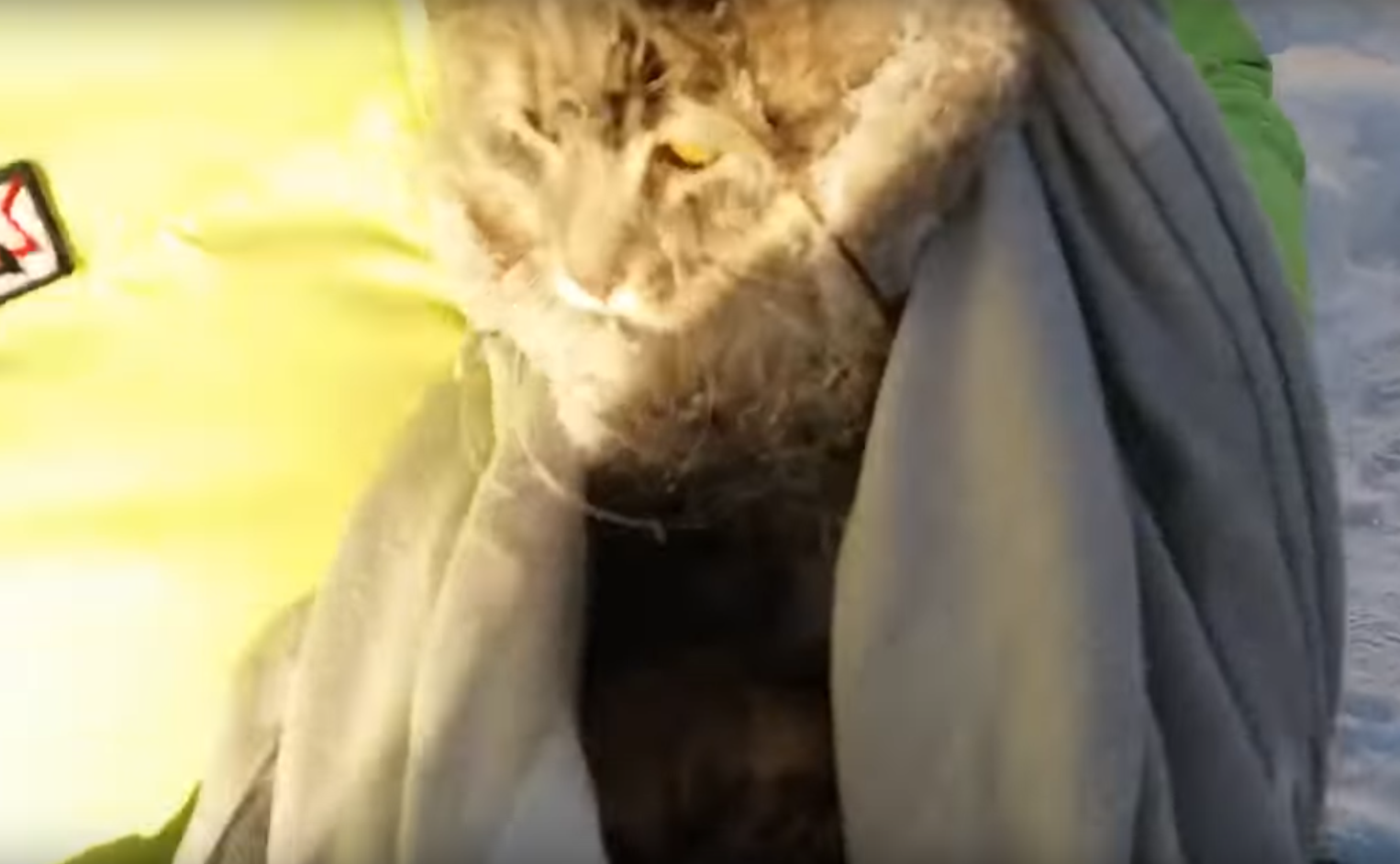 However, the feline was unable to move or walk on his own. It's not clear if the problem was the cold or the shock, but they immediately called a vet who gave him an anti-inflammatory shot, which seemed to do the trick.

The veterinarian estimates that the cat is only between seven and nine months old.

After a few days, the couple posted an adoption notice online, and the animal was soon picked up by his new mom. He is loving domestic life, but they are keeping him inside at the moment, so he won't have any more problems with the weather.

The cat has now lived at her house for a week and she says he seems to be fine. He runs and jumps around. 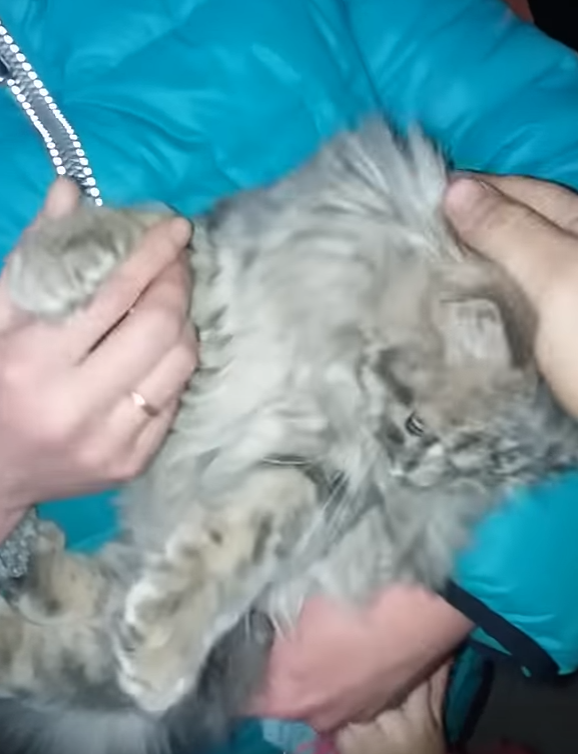 Baranov taped the whole rescue which you can watch below:

Tiny, Mistreated Kitten Lost The Use Of Her Legs But Never Lost Her Spunk 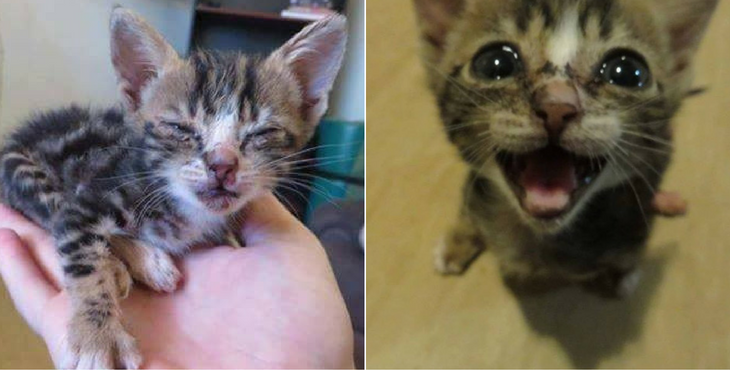