In a rather patriotic turn of events, two teenagers from Sydney Australia, saved a kangaroo who was stuck in a mud pit.

While riding their dirt bikes, the two teens saw something rather unusual sticking out of the mud and immediately went for a closer look. Upon closer inspection, they saw that a kangaroo had wandered into the deep mud and was stuck neck-deep.

Clearly exhausted from his failed attempts to escape, it was clear that he wouldn't make it without their help, so Jack Donnelly and Nick Heath, both 19, rushed home to grab some supplies. Heath wrapped a rope around his waist and waded into the thick mud as Donnelly kept a grip on the tether from solid ground. 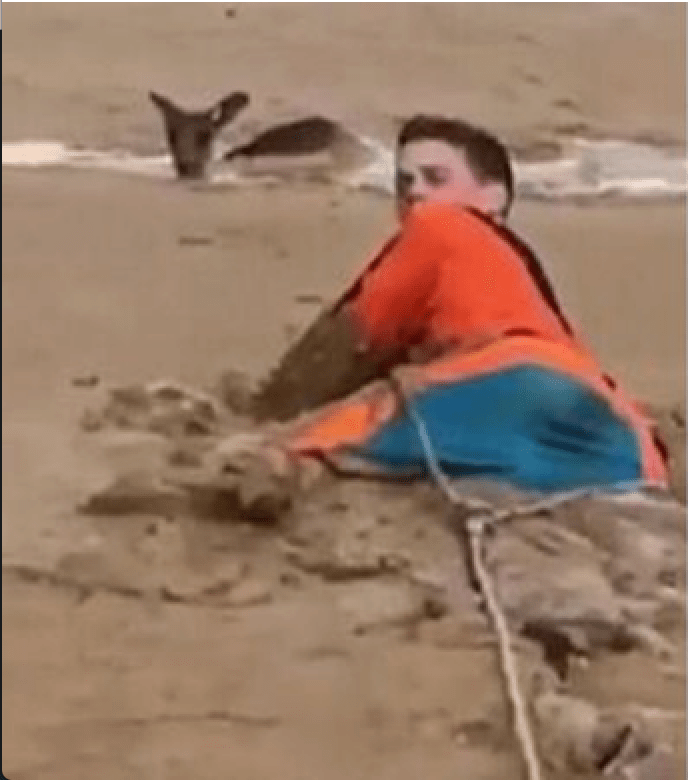 The kangaroo was clearly very scared, writhing and crying in the mud. However, once Heath managed to pull him out, he instantly relaxed. According to The Dodo, Heath told TODAY:

The roo’s life was important to us so we went out on an arm and leg. We think he went searching for water there, and it was really muddy so he got himself really stuck.

The kangaroo was clearly sick from not being able to access food or water while he was stuck, so the teens contacted WIRES Australian Wildlife Rescue right away. 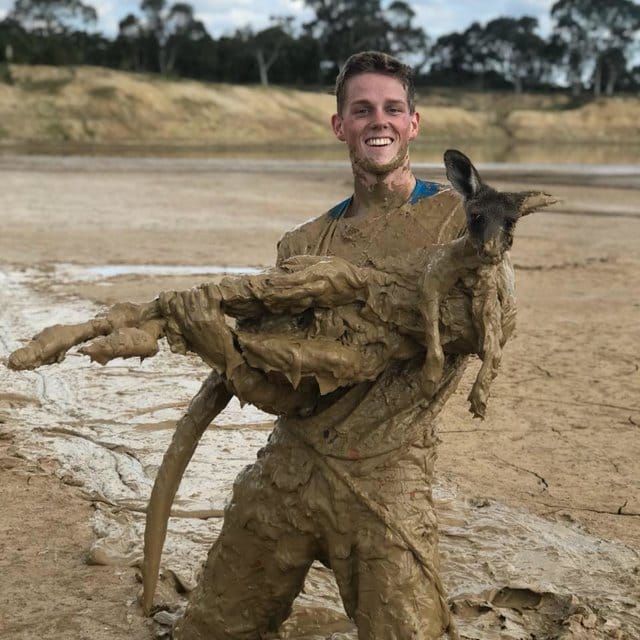 The rescue staff needed to sedate the kangaroo to clean the thick coating of mud from his fur, and also give him fluids to treat dehydration. A spokesperson for the rescue said:

He was totally covered in thick clay, cold and exhausted. Once sedated, he was slowly warmed, then washed in tepid water to get rid of all [the] clay that was coating him, then warmed up again slowly to get his body temperature up and given warm fluids.

After being cleaned up and looked after, the kangaroo seems to be recovering well. He is still under supervision in case he starts showing any more serious effects from such a stressful ordeal. 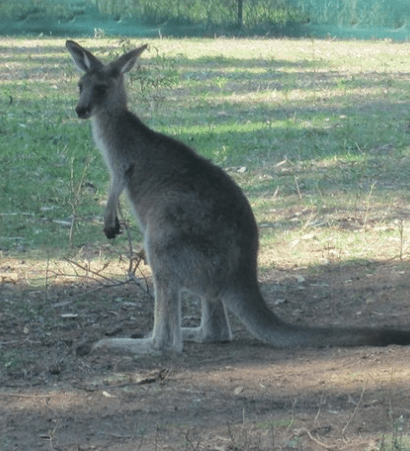 The kangaroo outside at the rescue. Source: WIRES Australian Wildlife Rescue

Despite returning home, drenched in mud, Heath said he wouldn't have done anything differently:

It’s a pretty patriotic thing to do, and we feel proud. If we saw something like that again, we’ll do it all over again.