When this bag was dropped off with staff at Laos Wildlife Rescue Center (LWRC), they had to act quickly. They had no idea how long the animal inside had been there for. 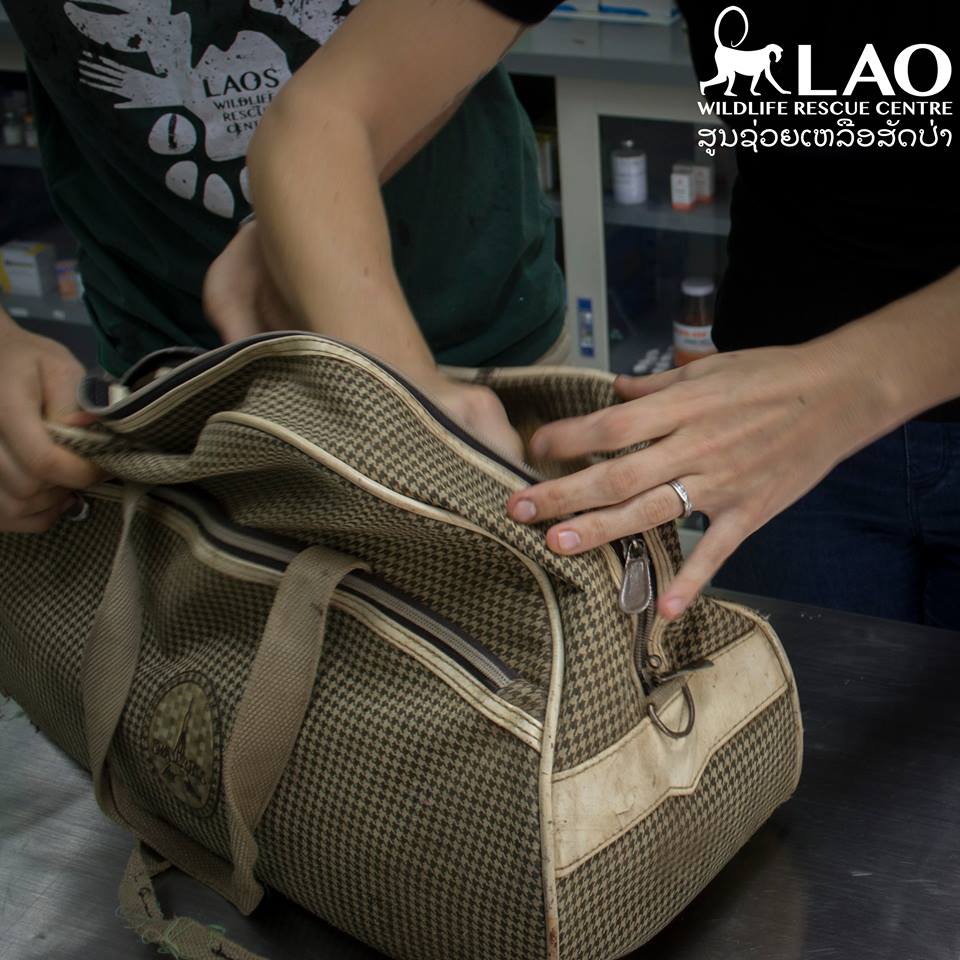 And when they finally got her out, they had quite the shock: it was a young macaque monkey, emaciated and suffering with hyperthermia and dehydration. 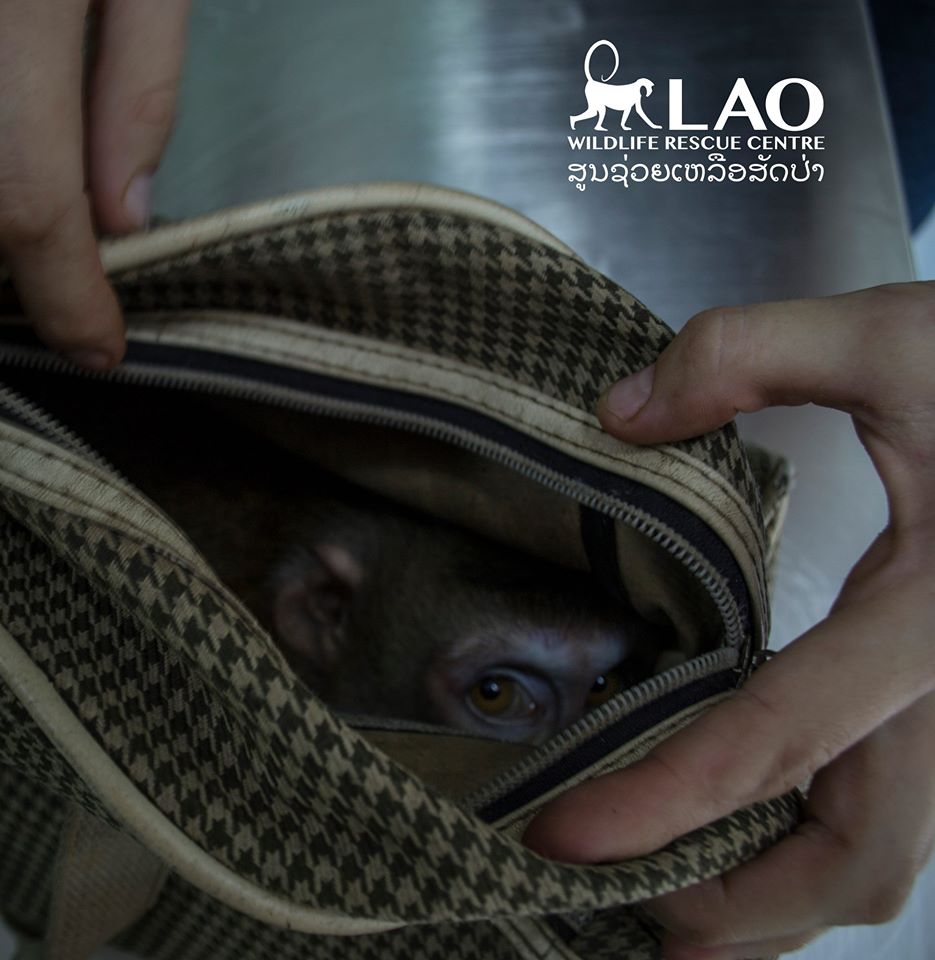 What was even worse was that a chain had been cruelly fixed around the monkey's waist. 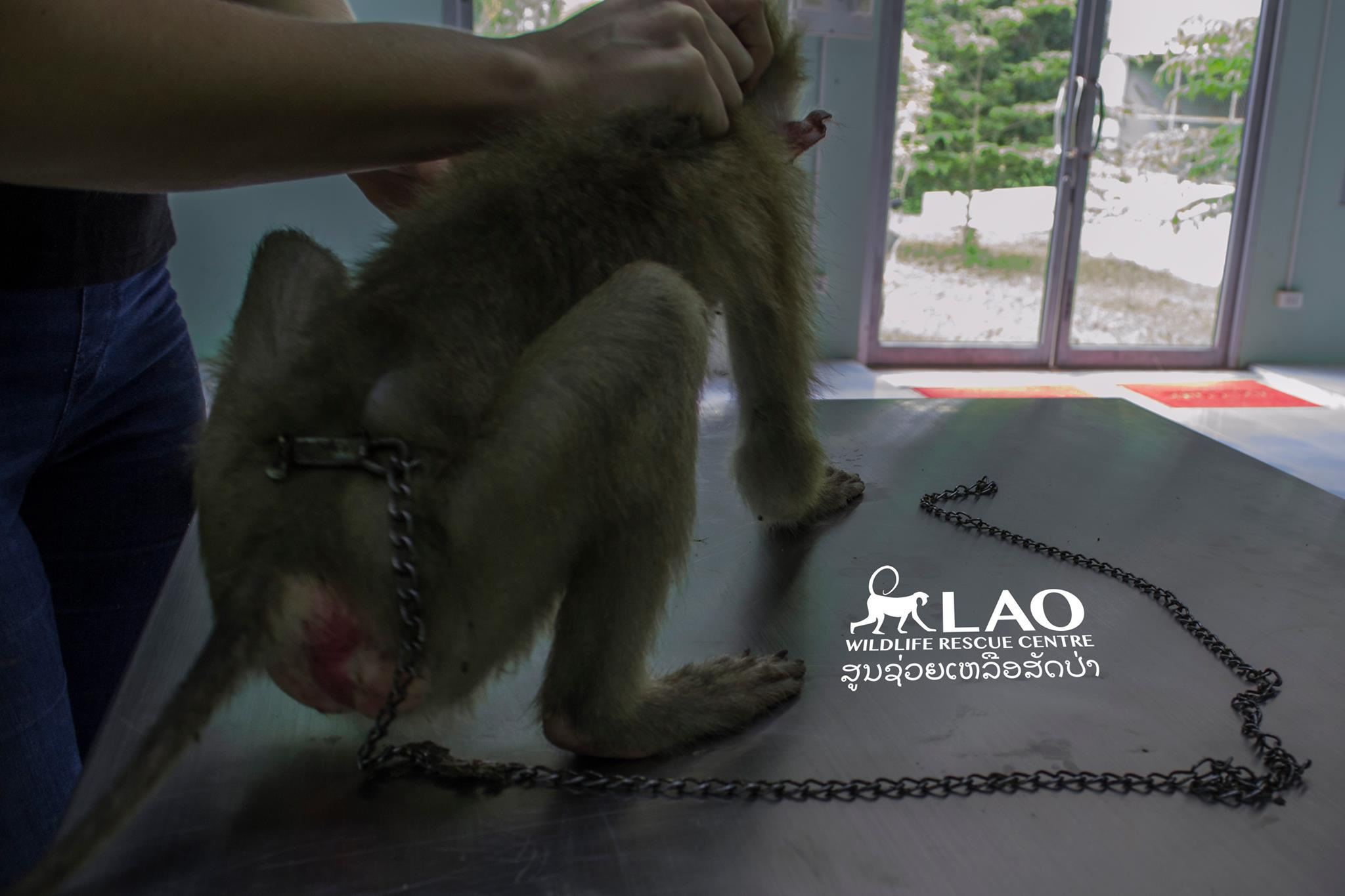 Staff at the center named the monkey Purse after the unusual place they found her. But they don't know exactly how Purse ended up in this state: the person who dropped her off got away before they could do an official handover.

This kind of situation happens when owners are embarrassed about surrendering their animals to rescue centers, or are trying to avoid confrontation. 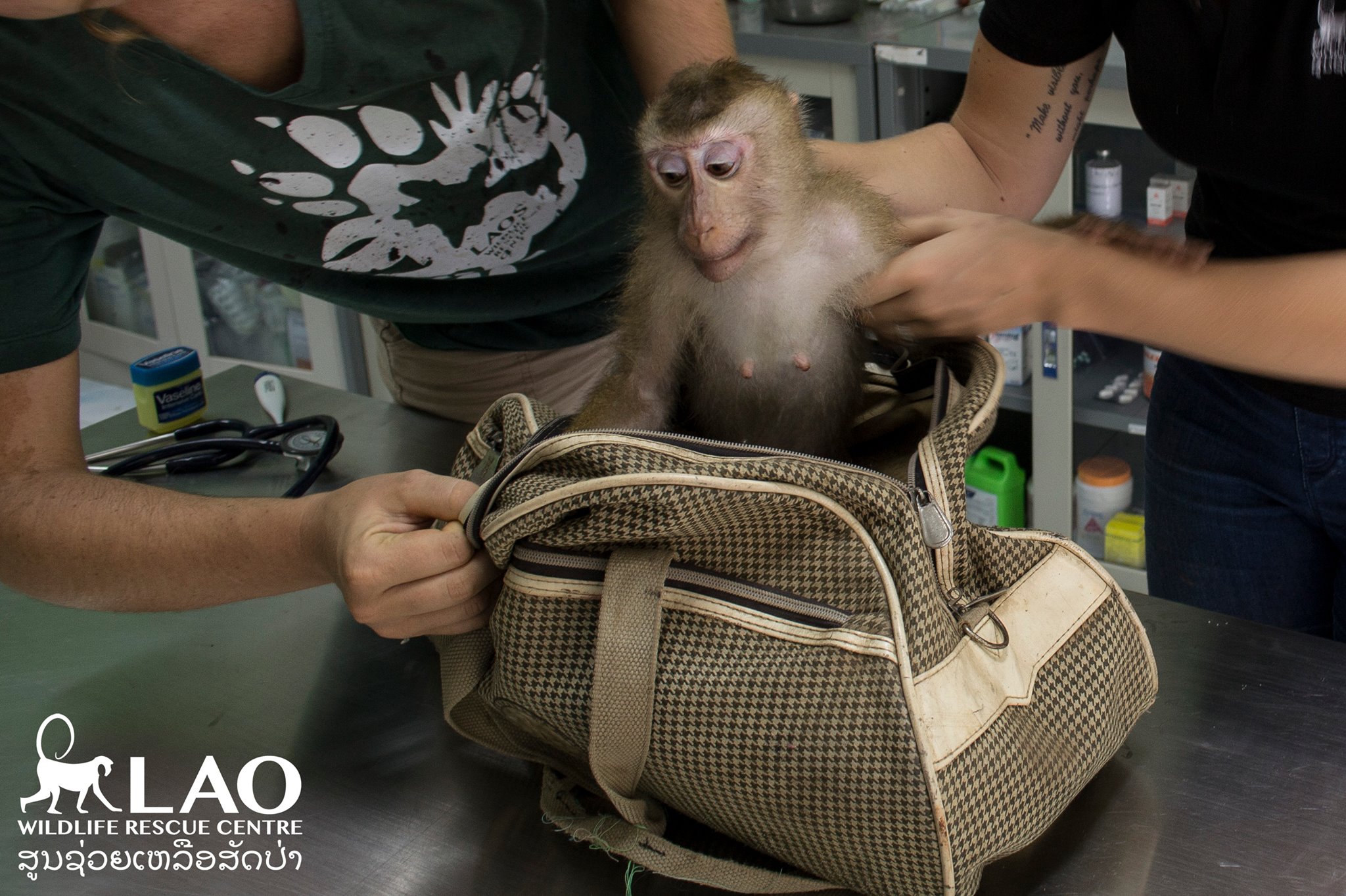 However, the LWRC's director Walhout Tanneau tells The Dodo that "her chain and kind demeanor have us believe that she has been chained up at someone's house or garden and kept as a pet".

The bag was quickly transferred to the wildlife clinic at the rescue center, where they managed to remove the terrible chain and begin caring for the suffering monkey. 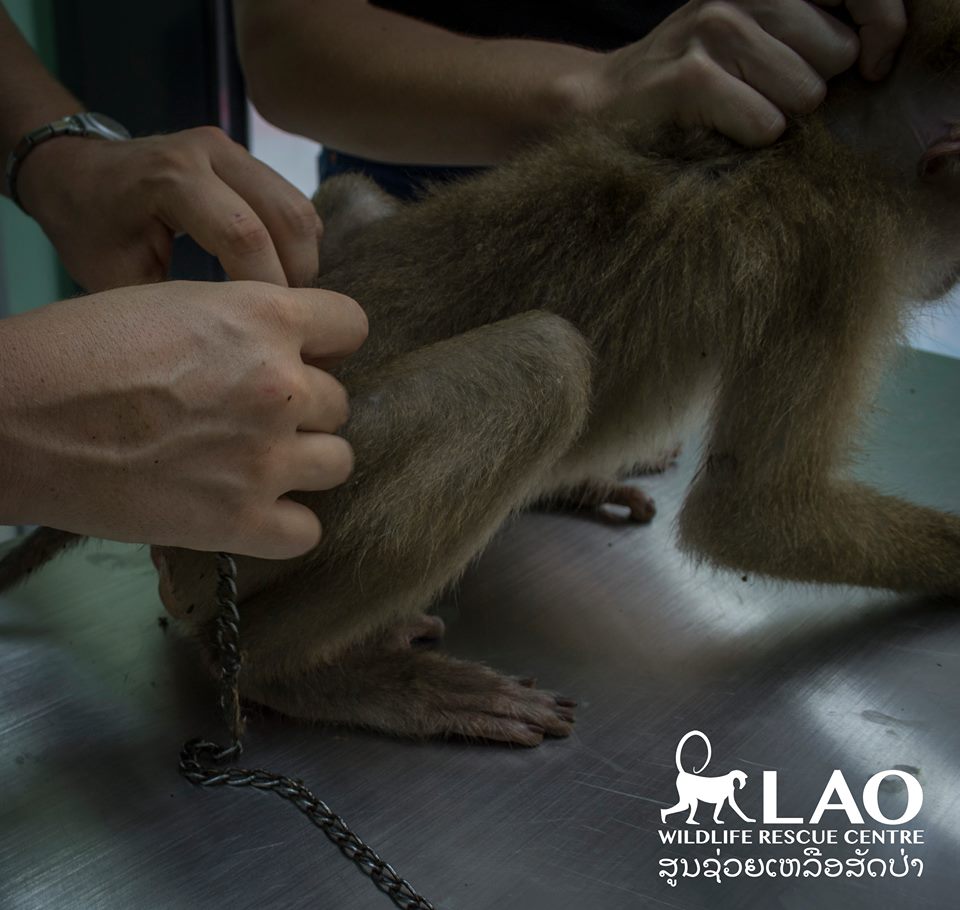 Luckily, the LWRC is now dedicated to helping this animal recover. Her traumatic past is finally over and she can look forward to a better life in the future. Tanneau continues:

She is underweight but is gaining strength every day so we are hoping that we can move her outside to our primate forest field in a couple weeks. 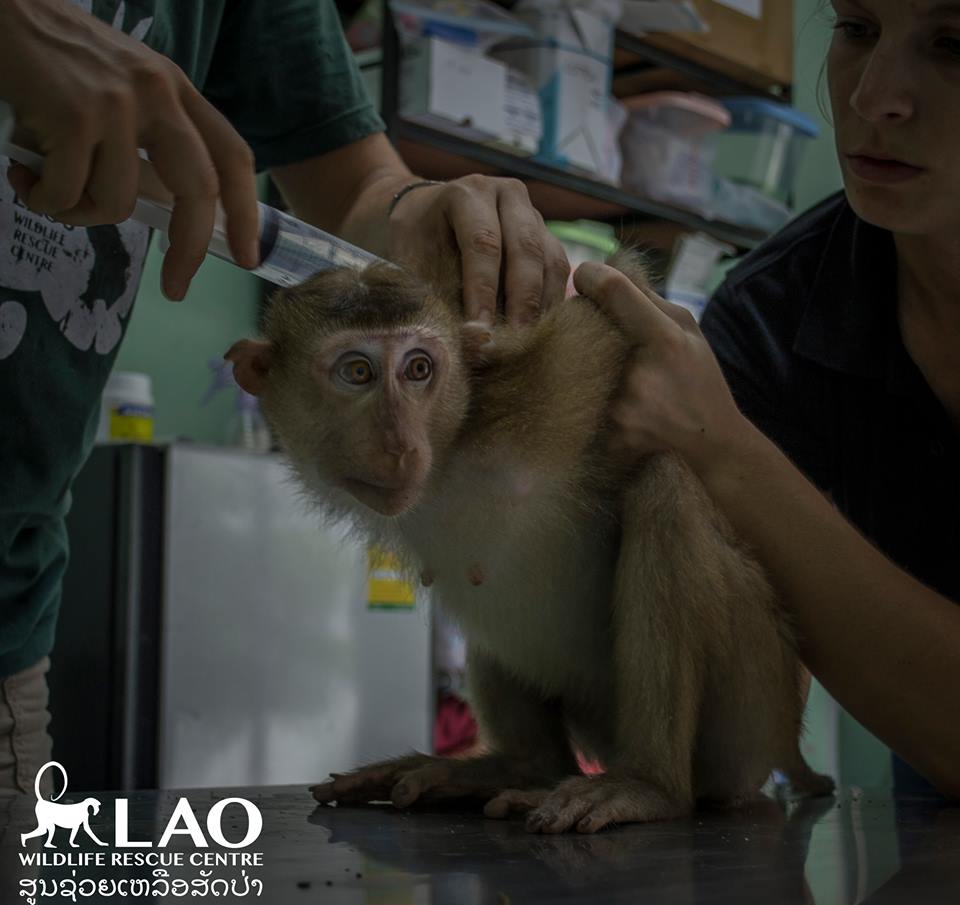 Purse's situation is especially tragic because as a pig-tailed macaque, she is part of a vulnerable species which is greatly threatened by the hunting and wildlife trade in Southeast Asia.

You can help the LWRC continue to protect and look after vulnerable animals like Purse by making a donation with the Wildlife Friends Foundation.