You'd never believe it, but this adorable pup named Dempsey was only seven months old when he was found tied to a pole in Georgia in April of this year, reports The Dodo. 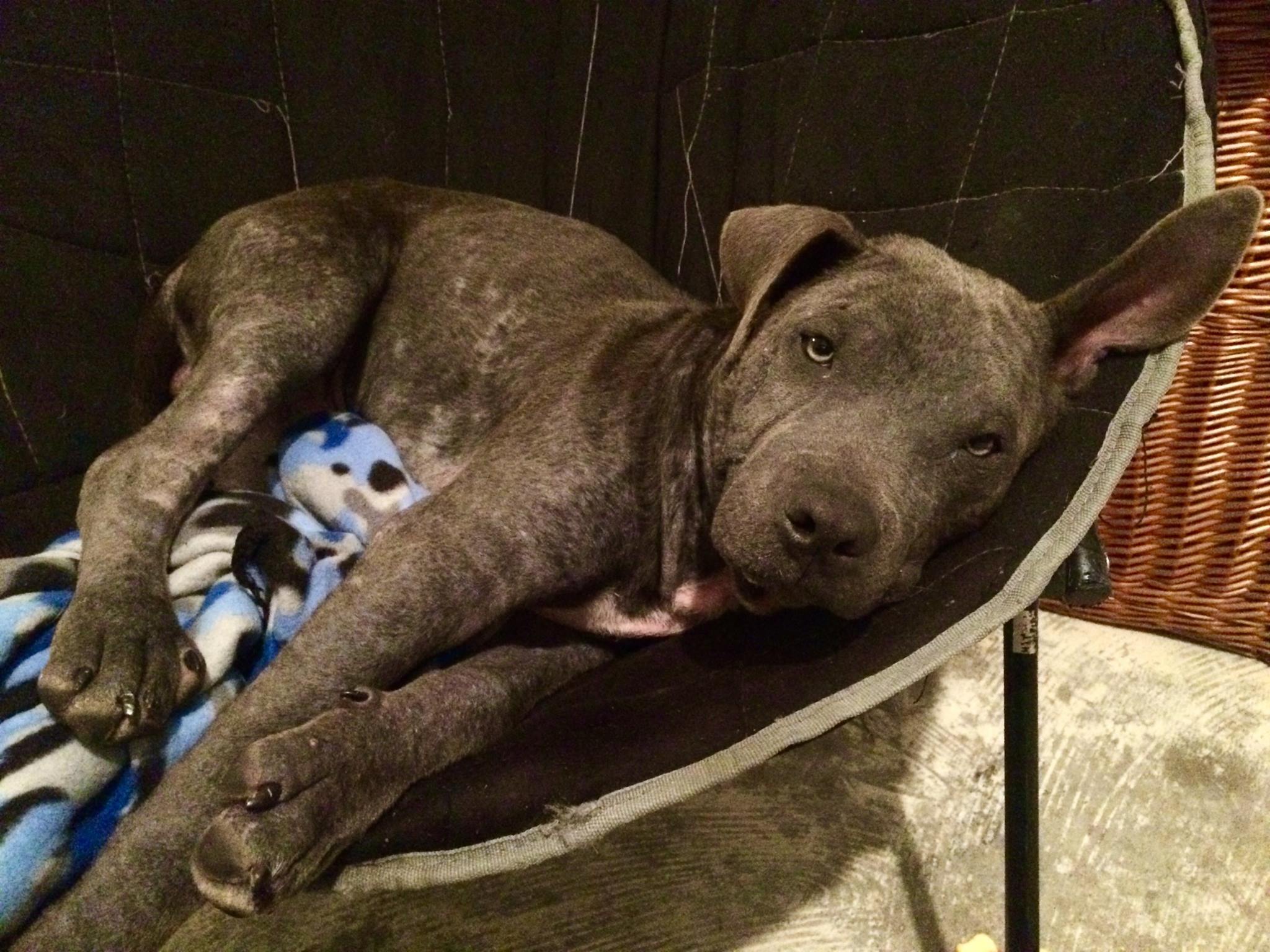 Somebody had just left him outside a pharmacy, and they were not coming back.

Poor Dempsey was in a bad way, suffering from a serious skin infection, mange and an eye infection.

Luckily for him, someone took pity on Dempsey at last and called animal control. He was taken to DeKalb Animal Services shelter. 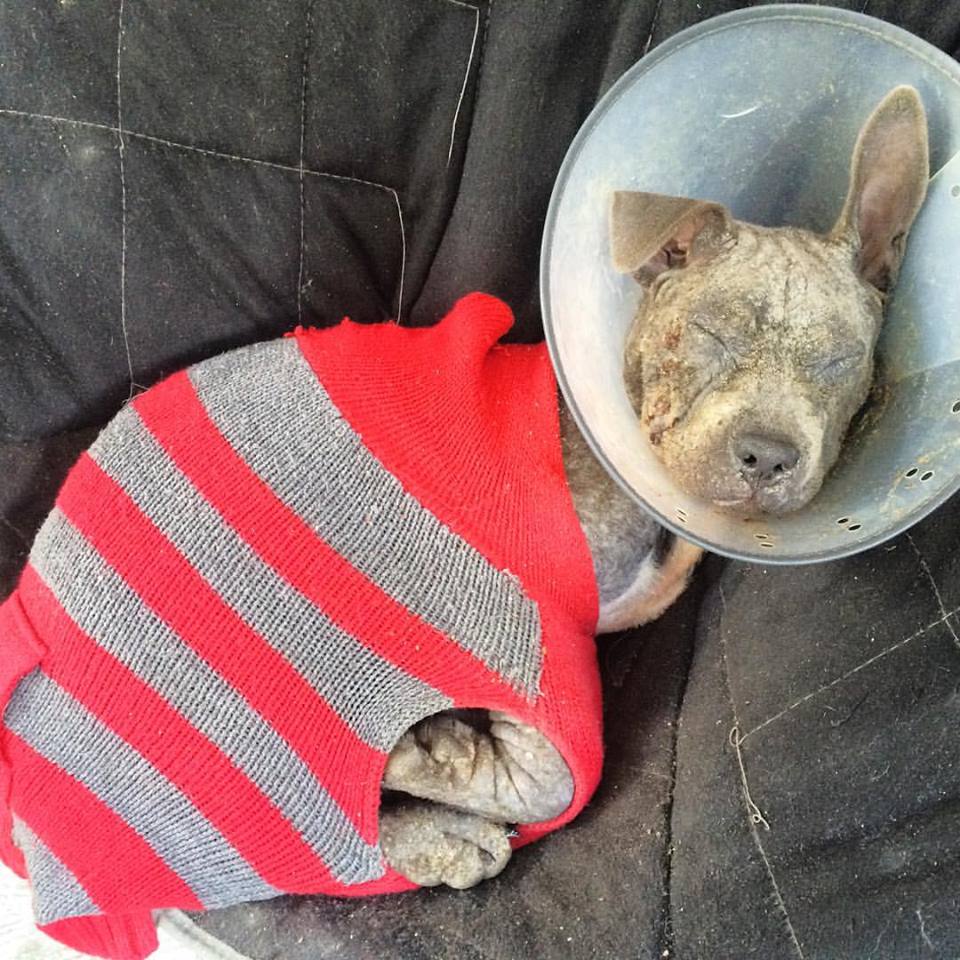 From there, he was transferred to the volunteer group Friends To The Forlorn Pitbull Rescue in Atlanta.

Who could resist that cute face and asymmetrical ears? Not Stacey Greenwald, a volunteer with the group who took the suffering pup home.

From this point onwards, Dempsey began intensive treatment to help treat his condition, including a course of antibiotics and medicated baths. 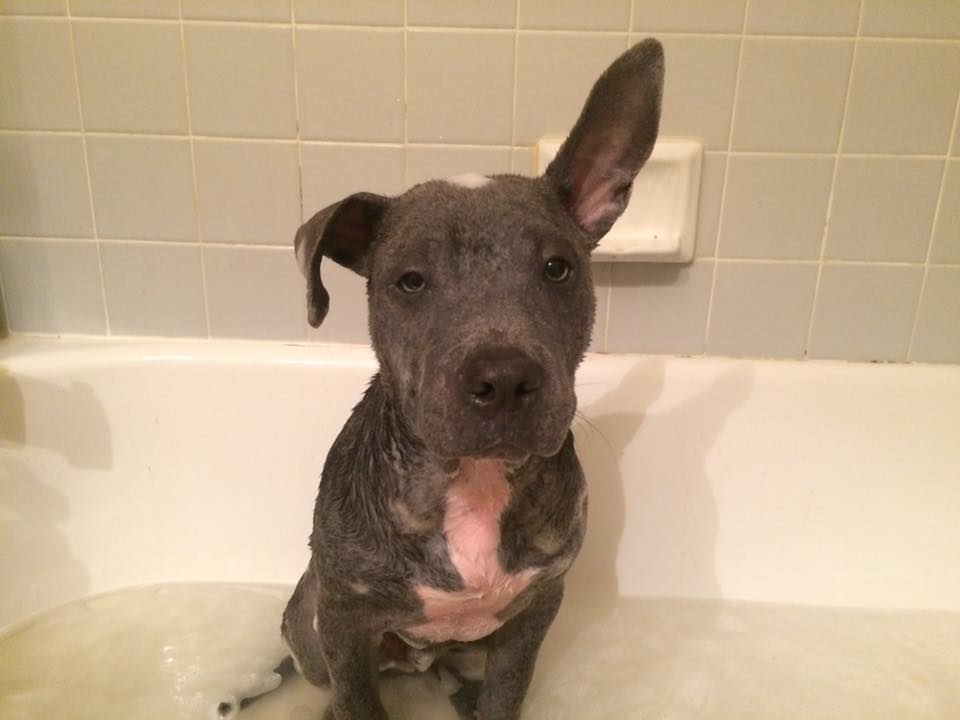 With the loving care of his foster mum and their family, his infections quickly cleared up and his hair started to grow back. According to Greenwald, he is one of the best-behaved puppies she's had over seven years of fostering. She tells The Dodo:

[H]e bounced back so quickly. He went from being pretty rough and sad to being literally one of the happiest, friendliest, most easygoing dogs I've ever met. 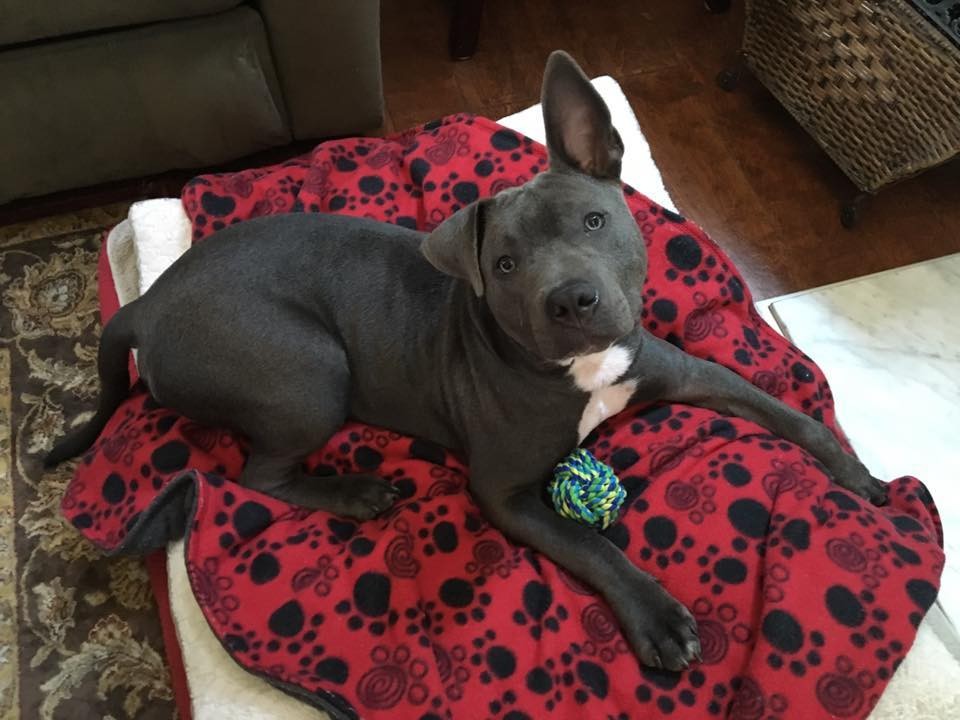 Dempsey has completely transformed from the sad, suffering dog that was abandoned outside the pharmacy. 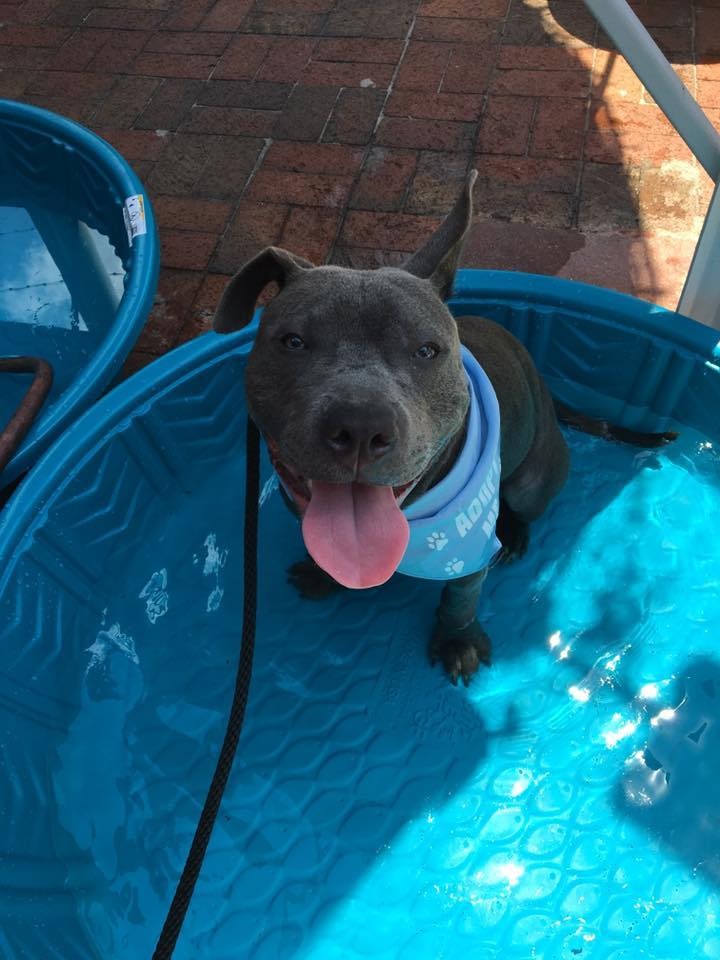 And there's even more good news: just a few days ago, Dempsey found a forever home. He was adopted by a loving family where he can play with his two brothers too!

This pup was so lucky to find a home, with the loving help of Friends To The Forlorn.

However, they need all the support they can get. You can help by making a donation here.