BenBen the cat has the most adorable, confused-looking little fact and a sweet disposition, but he comes from a rough background. He was found wandering the streets with a broken spine, cauliflower ear and multiple wounds. 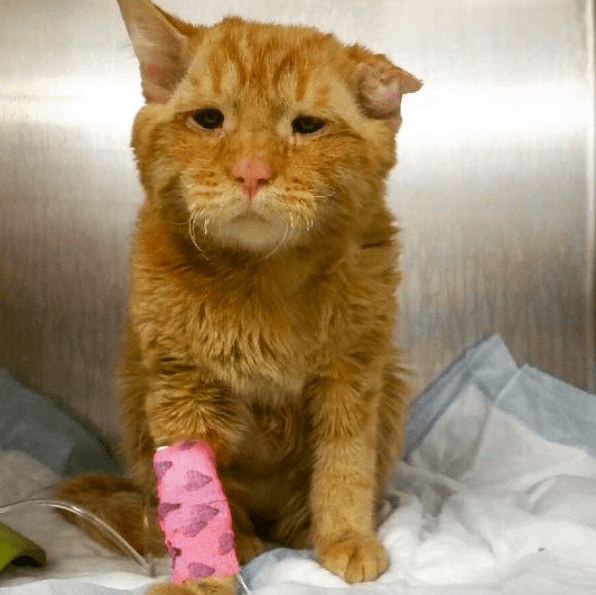 BenBen was taken to an emergency vet clinic, and once stablized, to Canada's BCSPCA. One of the vet technicians, Sandy, couldn't resist this kitty who so desperately needed her help. Andy, her boyfriend, told The Dodo:

When I first saw a picture of him at the shelter I said to her, 'We need him.' He broke our hearts in every conceivable way. We believed that he needed a chance to live a life. 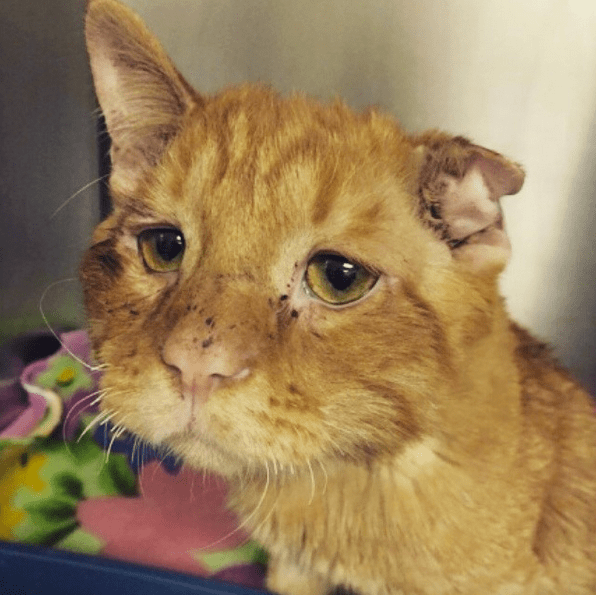 The cat would need to carry on his antibiotics for six months after his release from the clinic and his ear was permanently damaged. His chances did not look and the SPCA was talking about putting him down. But Sandy and Adam decided to step in. 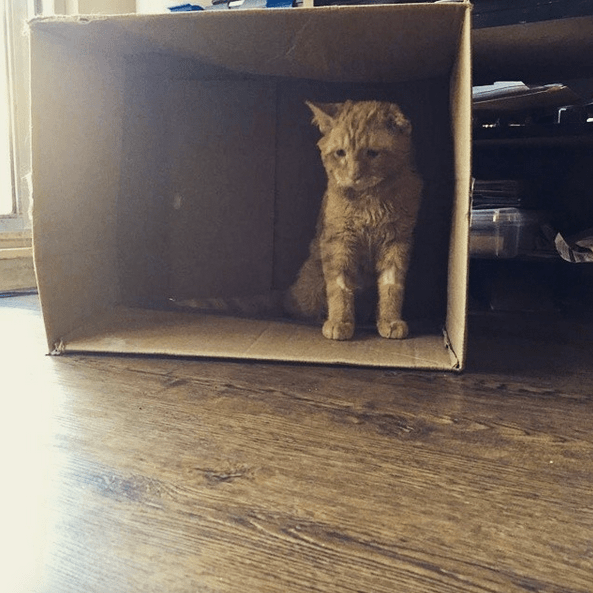 They adopted the kitty, "because everyone deserves a second chance!" 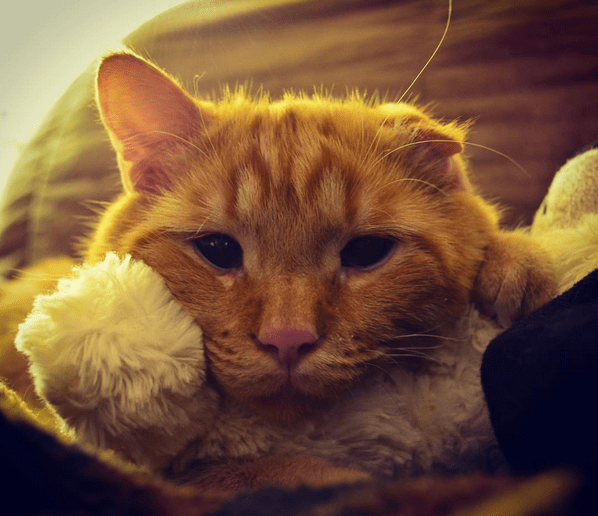 He has been living with his new family for nine months now, and even though his face looks sad and confused, he is a happy cat who is overwhelmed with love and attention. 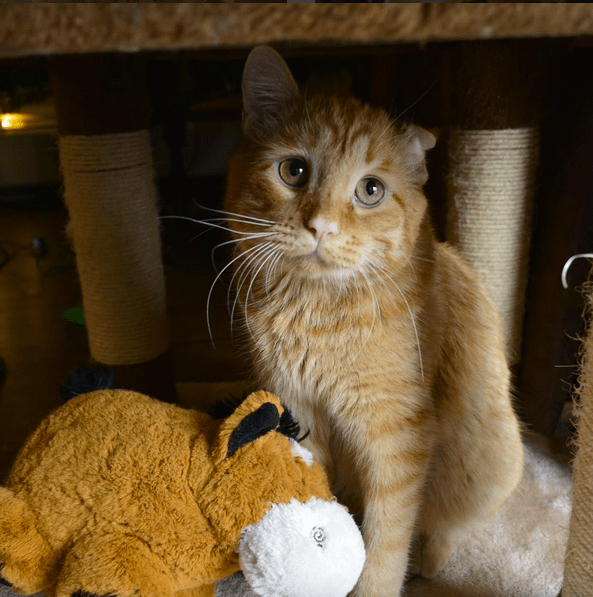 He looks at obstacles as challenges and will do something repeatedly until he gets it right, like running and jumping on our couch and bed. 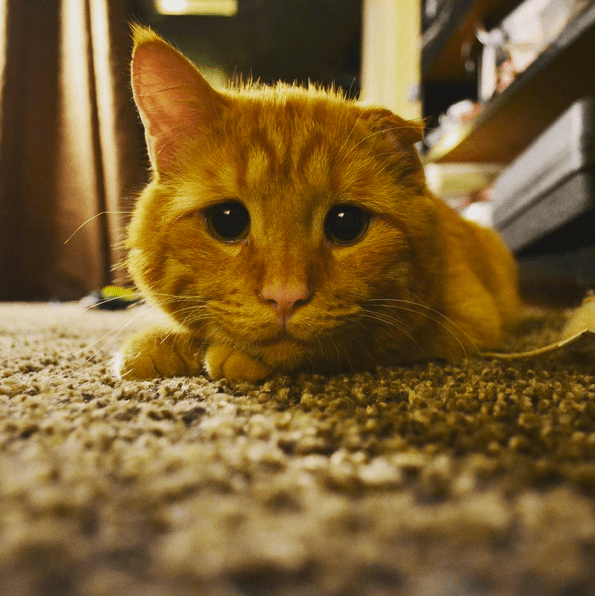 A cat with so many problems that made him "undesirable" and "unadoptable" has found the perfect family and is living the best life, showing that love has no boundaries.