A man from Iakoutsk in Siberia, known for being one of the coldest places in the world, was blasted by internet users in Russia after committing a horrendous crime at the end of November.

Wanting to get rid of his dog, he took her outside and covered her with water, before abandoning her to die in the freezing cold. The poor animal was literally frozen to the spot. 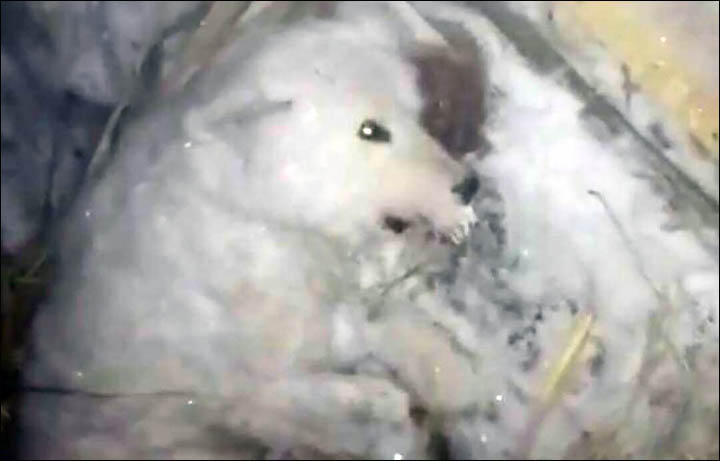 Alerted by neighbors, volunteers from a local rescue group arrived on the scene, hoping to free her and take her to a vet, but sadly, it was decided that it would be kinder to put her to sleep, as she was suffering from severe hypothermia. One of the rescuers told The Siberian Times:

The eyes, I will never forget them. Did you ever see a man who wanted to live but who was already dying? The dog had exactly the same eyes, understanding everything, just unable to explain. 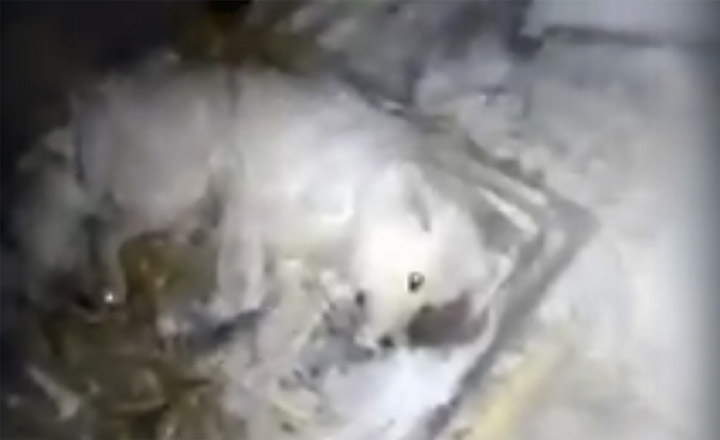 The horrific incident has revolted Russians, who have demanded that justice be served and criticized the lack of response from police. Animal protection laws in Russia are lax, the maximum fine being around $1500 and prison sentences ranging from six months to just one year.

While several attempts to reform animal welfare have been presented to the Duma (a branch of the Russian parliament) none have been adopted, as Irina Novojilova, director of the animal welfare association Vita explained:

The project has been torpedoed by lobby groups. The protests come from governors in the northern regions, the fur industry, and even the biology faculties in universities, because any limitation would hit them hard.

Sign this petition to ask that the man responsible is punished.