Over the past decade, poaching has become a massive problem in South Africa, particularly for rhinoceroses who are attacked almost every day. To fight against the devastating effects of trafficking and to protect these vulnerable animals, a team of specialists have put in place an ingenious way to ensure their safety, before sawing off their horn to stop it from getting into the wrong hands; helicopter rides. 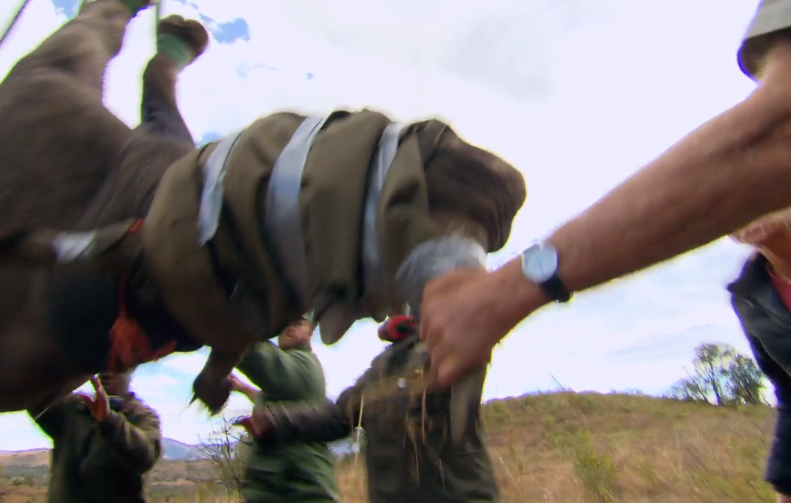 This procedure is quite difficult with veterinarians, a team of conservationists and a seasoned pilot being involved. The helicopter allows the rhinos to be transported to a safe location where they can be looked after properly. 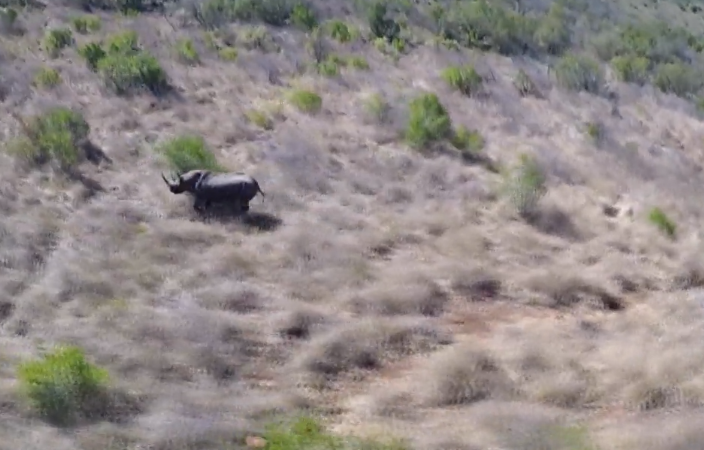 The project, called Black Rhino Expansion Project, was started by Jacques Flammand 15 years ago when rhinos were in danger of becoming extinct. The vet decided to go against what is normally done and instead moved the rhinos from national parks to mostly private land to protect them from poachers.

With support from the World Wildlife Fund (WWF), Flammand's project soon took off. However, it wasn't long before he ran into a problem; some animals couldn't be transported by road. This is when he decided to try using a helicopter instead. 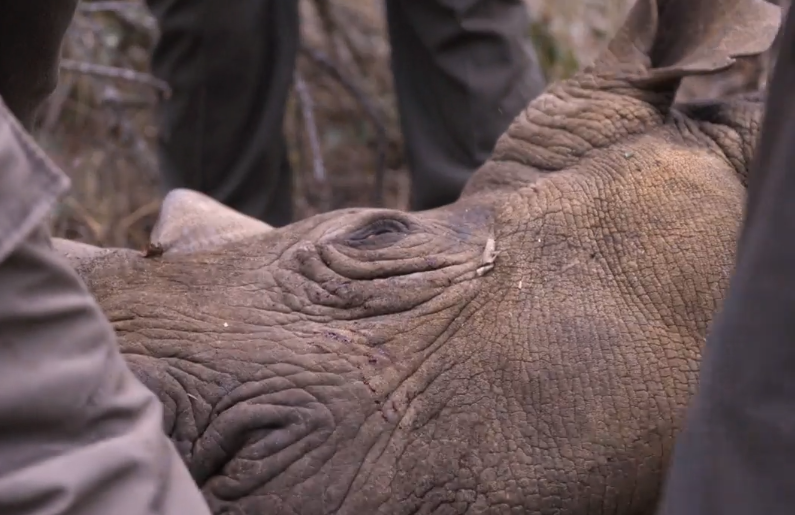 In order be moved safely, the rhinos are heavily sedated, then harnessed up before being airlifted by the helicopter. Dave Cooper, a vet at KwaZulu Natal Parks, explains that the animals spend less than 10 minutes in the air, while the vet team makes sure that everything is fine.

Pilot Tosh Ross has the difficult task of putting the rhinos on the ground without hurting them. They are then dehorned, to avoid any temptation for poachers who could steal them. Flammand has reassured people that this process is "painless [as] there are no nerve endings or blood supply to the horn directly." 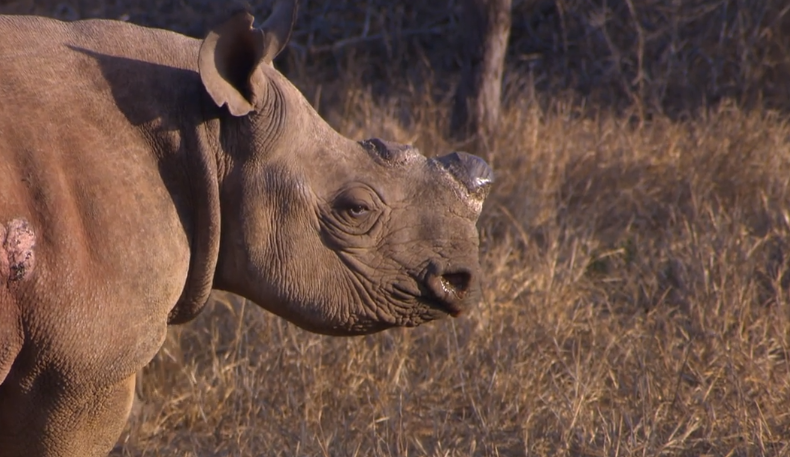 Despite Flammand's efforts, poaching sadly continues. This is because there is high demand for rhino horn, which is used in traditional Chinese medicine. Made of keratin, the same substance as human fingernails, the horn is believed to have medicinal properties.

However, this is yet to be proved scientifically and is more a superstition. Despite this, demand still remains very high with a kilo of powdered rhino horn currently being worth more than gold or cocaine.

If you would like to help rhinos and other animals lead a better life, you can donate to the World Wildlife Fund whose work has already helped save millions of animals from a life of misery.

You can watch a report on these amazing rescues below: