A German Shepherd mix has become a social media star after being snapped walking down the street during Hurricane Harvey with an entire bag of dog food.

The pooch, Otis, was left with his young human's grandfather, Salvador Segovia, in Sinton after the rest of the family left to find somewhere safer to stay during the Hurricane, which wreaked havoc throughout Texas last week. 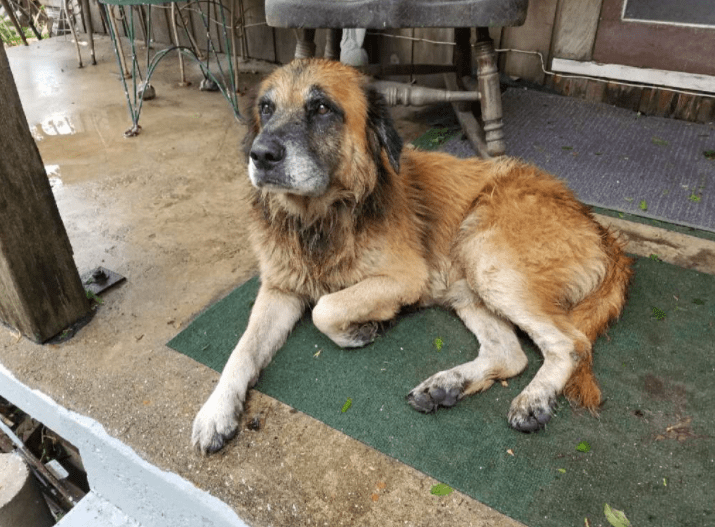 But when Segovia went to check on the dog on Friday night, he discovered that Otis was missing.

After a frantic search, during which he noticed that the canine's food was also missing, he finally tracked down the intrepid pooch still in the neighborhood – and luckily brought him back home before his 4-year-old companion even knew that he was missing.

However, while Otis had been trekking through the neighborhood, he was seen and photographed by Tiele Dockens, another resident of Sinton, who then posted the picture to Facebook.

This dog is walking around Sinton TX carrying a entire bag of dog food with him. LOL #refugeePSA: Owner is found. He is not a stray he just got out on his street.Dogs name is Otis.

To Dockens' surprise, the picture quickly went viral and has been shared over 39,000 times as of Tuesday August 29. Heartwarmingly, other Texans have seen Otis' careful decision to go wandering around the flooded streets with his food as a symbol of the state's resourcefulness and strength following the tragedy wrought by the hurricane.

Otis, for his part, seems to be quite the local celebrity, even before his unexpected online fame. 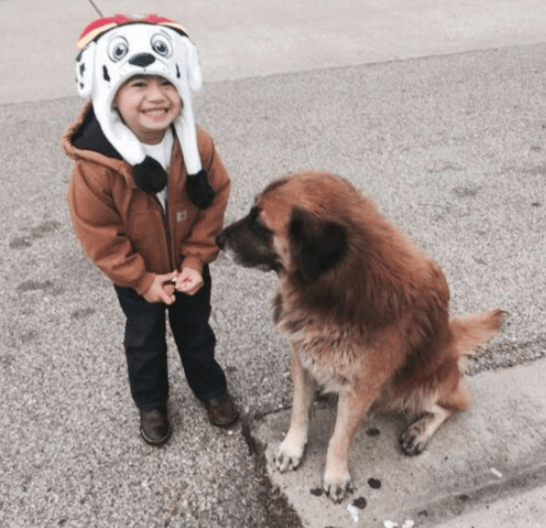 Carter, his young human, suffers from seizures and asthma, and finds comfort in the presence of his furry friend. This special bond doesn't go unnoticed by the town's citizens, as Segovia told Chron.com:

Otis can go to Dairy Queen and he can get a hamburger. He's the only dog allowed to lie down in front of the county court house. He also goes to H.E.B. He's not a stray. He's a good dog.

However, there are still many dogs, cats and other animals left outside, forced to face the storm by themselves. After the devastation of Hurricane Katrina, which left 250,000 animals killed or without a home, the Pets Evacuation and Transportation Standards Act of 2006 was introduced to ensure the protection of animals in natural disasters, but its effectiveness is yet to be seen. 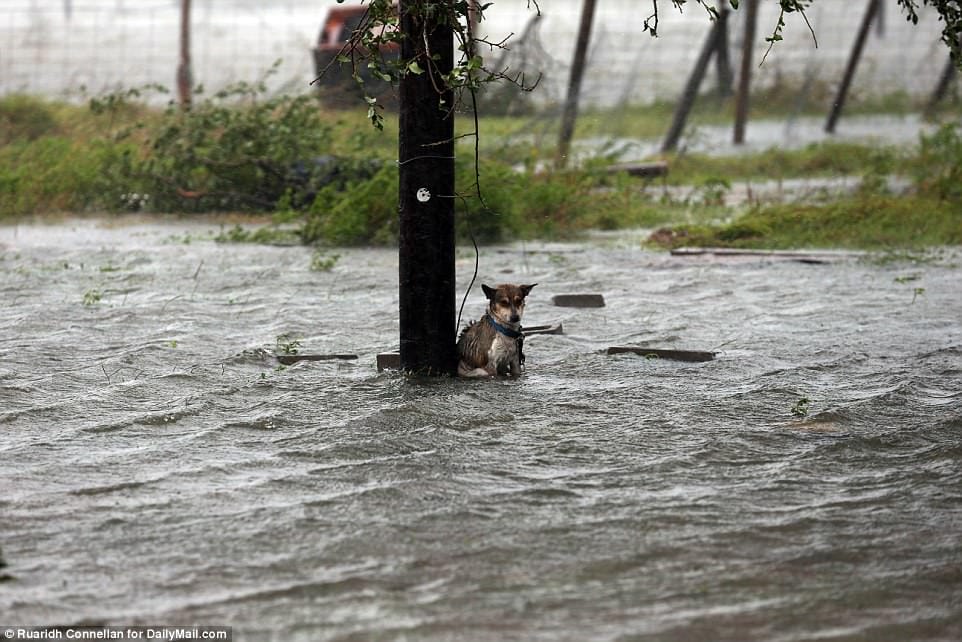