Research from a German institute has discovered a new species of snake living in the UK, it was reported on August 7.

An international team of researchers from the Senckenberg Research Institute found that the Barred Grass Snake is actually a distinct species, rather than a subspecies of the Common or Eastern Grass Snake. 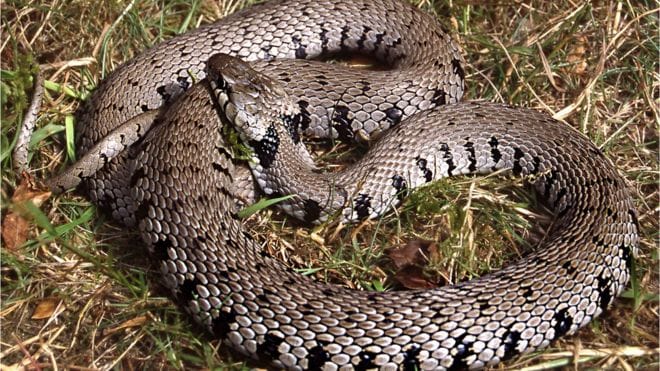 The difference between species and subspecies is that subspecies can reproduce together, while separate species generally can't. If they do, the babies are usually sterile or mutated in some way, like when lions and tigers are bred together to produce ligers.

The new type of snake is described as grey, while the Common Grass Snake is olive green with yellow markings. Both snakes are found in the south of England and grow to be longer than 1 meter (3ft). 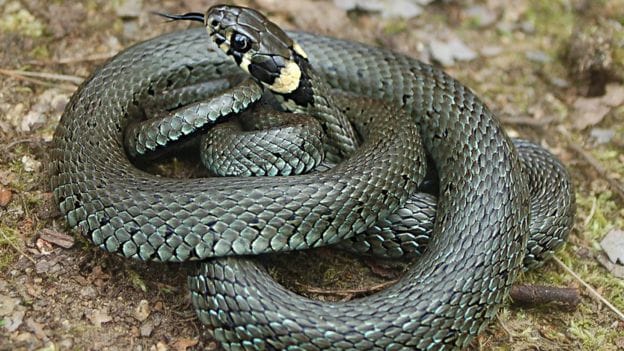 A professor from the institute, Uwe Fritz, said:

The barred grass snake is widely distributed throughout Great Britain, Switzerland, Italy and France, and also occurs in the western part of Germany.

We now have to pay close attention to which species of grass snake is involved in each case, in order to be able to assess whether one of them may be more threatened than previously thought.

Grass snakes of any kind are a protected species in the UK, making it illegal to harm or kill one. There are efforts to protect the places they live to stop them from becoming endangered.

H/t: BBC News and The Guardian